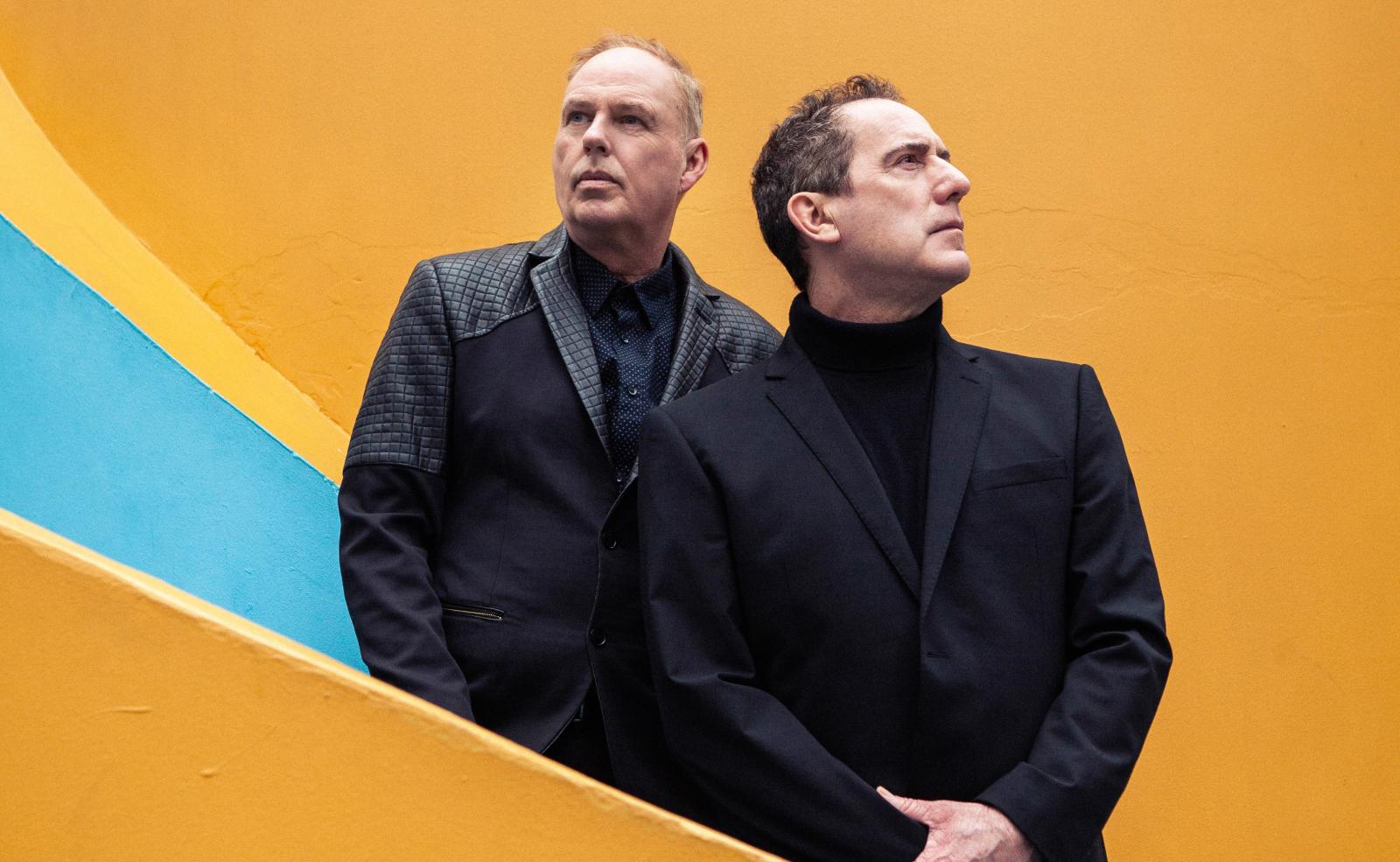 On Thursday 3rd March 2022 join the duo that are OMD, Andy McCluskey and Paul Humphreys as they talk to Classic Album Sundays founder Colleen ‘Cosmo’ Murphy about their music and remarkable career, a Q&A with the audience and a full playback of Architecture & Morality on a world class hi-fi system featuring Danley Sound Labs HRE3 speakers.

It is now over 40 years since Orchestral Manoeuvres In The Dark (OMD) first appeared on Top Of The Pops, performing debut single ‘Electricity’. Hailing from the Wirral, they went on to sell 25 million singles and 15 million albums and establish themselves as electronic synthesiser pioneers and one of Britain’s best-loved pop groups.

Their classic LPs include Orchestral Manoeuvres In The Dark (1980), Organisation (1980), Architecture & Morality (1981) Dazzle Ships (1983) and many others released since reforming in 2006. Despite their pioneering electronics there was always a warmth and wistful emotional quality to their songs – such as ‘Enola Gay’, ‘Souvenir’ or ‘Joan of Arc’ – that has consistently made them different.

This event takes place in the British Library Theatre and will be simultaneously live streamed on the British Library platform. Tickets may be booked either to attend in person, or to watch on our platform (online) either live or within 48 hours on catch up.  Viewing links will be sent out shortly before the event.

The online version of this event will be live captioned. 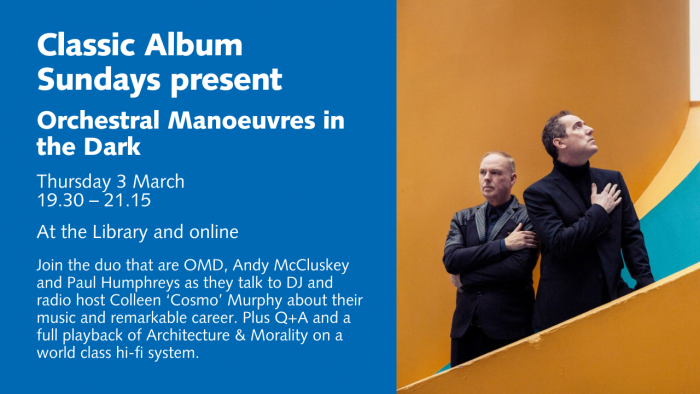