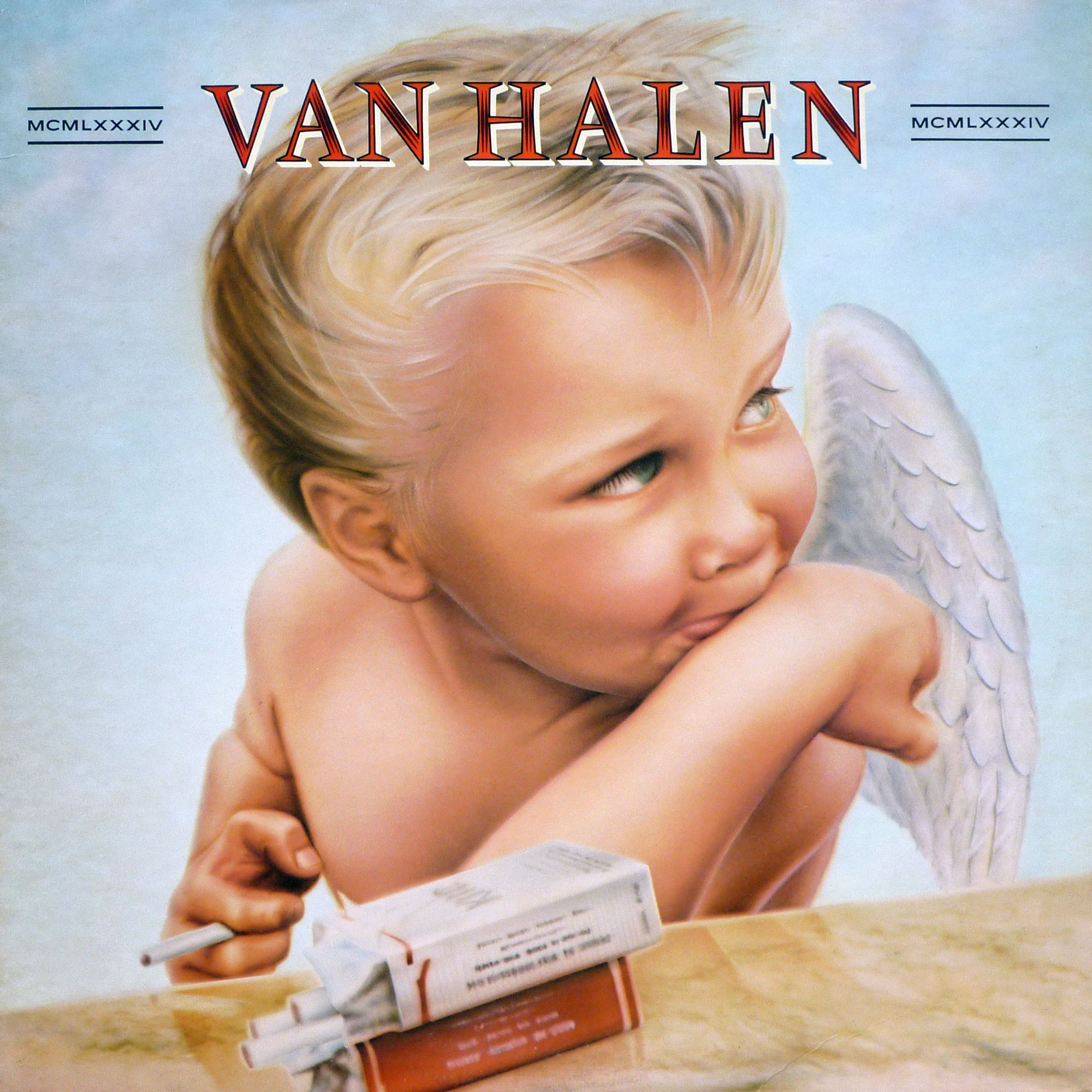 1984 (stylized as MCMLXXXIV) is the sixth studio album by American hard rock band Van Halen, released on January 9, 1984. It was the last Van Halen album until A Different Kind of Truth (2012) to feature lead singer David Lee Roth, who left in 1985 following creative differences, and the final full-length album with all four original members. 1984 and Van Halen’s debut are Van Halen’s bestselling albums, each having sold more than 10 million copies.

1984 was well received by music critics. Rolling Stone ranked the album number 81 on its list of the 100 Greatest Albums of the 1980s. It reached number two on the Billboard 200 album chart and remained there for five weeks, behind Michael Jackson’s Thriller (on which guitarist Eddie Van Halen made a guest performance). 1984 produced four singles, including “Jump”, Van Halen’s only number-one single on the Billboard Hot 100; the top-20 hits “Panama” and “I’ll Wait”; and the MTV favorite “Hot for Teacher”. The album was certified diamond by the Recording Industry Association of America in 1999, signifying ten million shipped copies.

NOK120 in the door or in advance here, Students/Seniors/Juniors half price