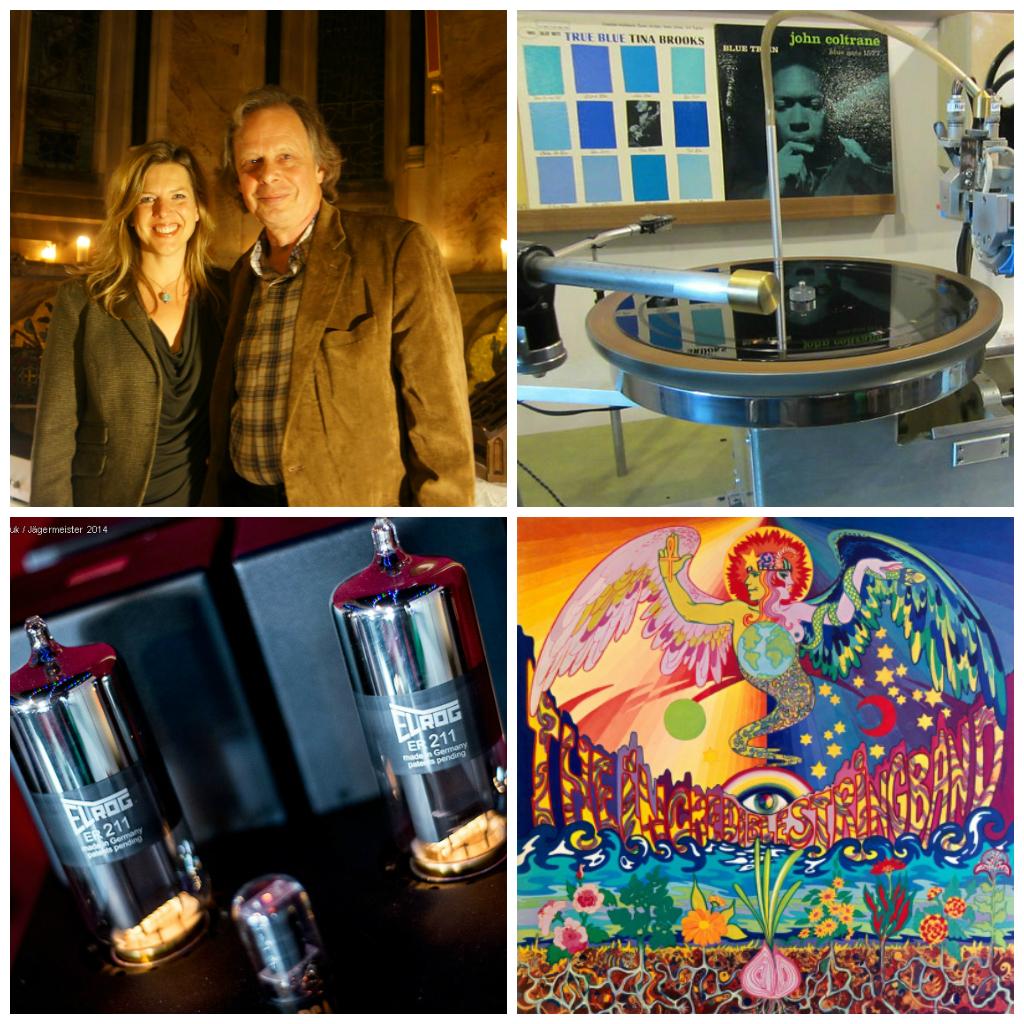 Classic Album Sundays is coming back to the National Audio Show at Whittlebury Hall, replete with the glowing valves of an exquisite Audio Note (UK) hi-fi and some very special guests.

Throughout the weekend CAS will host an array of classic album sessions and seminars but most importantly they will be playing some great music on one of the world’s most impressive analogue sound systems courtesy of Audio Note (UK).

Their featured guest is legendary producer Joe Boyd who will discuss a couple of the classic albums he produced with CAS founder Colleen ‘Cosmo’ Murphy followed by a vinyl replay on an Audio Note (UK) hi-fi. Boyd produced the first Pink Floyd single and albums by Nick Drake, Fairport Convention and The Incredible String Band and is the world music aficionado who discovered Buena Vista Social Club. He also co-founded the psychedelic UFO club and was there when Dylan went electric. His memoirs ‘White Bicycles: Making Music in the 1960s’ is a fascinating read and will be available for purchase and signing at the CAS sessions.

Other confirmed guests include Darrel Sheinman of Gearbox Records who will speak about their own analogue vinyl mastering suite and will have some of this Gearbox records available for purchase, and Hi-Fi + Editor Alan Sircom who will discuss the ever important issue of room acoustics. More will be announced in the run-up to the show.

Classic Album Sundays is the world’s leading classic album listening event with sessions hosted around the world. BBC Breakfast television enthused, “Classic Album Sundays treat our best-loved records like great symphonies.” CAS challenges the way most people listen to music in the 21st century and is a big hit with the younger generation who grew up with a less than savoury audio menu of MP3s and earbuds. Classic Album Sundays events remind fans what they love about music.

Audio Note (UK) is Europe’s largest manufacture of valve based ultra high quality home audio systems. For over 25 years the company has been dedicated to providing its customers with the best possible sound quality, regardless of price or technology.

From their base in Sussex, Peter Qvortrup and his dedicated team of designers and engineers craft the world’s most musically communicative devices, placing listeners right at the heart of the performance. Always daring to cut their own path, Audio Note (UK) exclusively employ valves for all amplification purposes, champion the use of high efficiency loudspeakers and custom design and manufacture the majority of the components for their products.

Audio Note (UK) offers a wide and complete range of choices for lovers of both vinyl and digital. Making everything in the signal path from the tip of the stylus right through to the voice coil of the loudspeakers, Audio Note (UK) goes to extreme lengths in the pursuit of bringing your music to life.