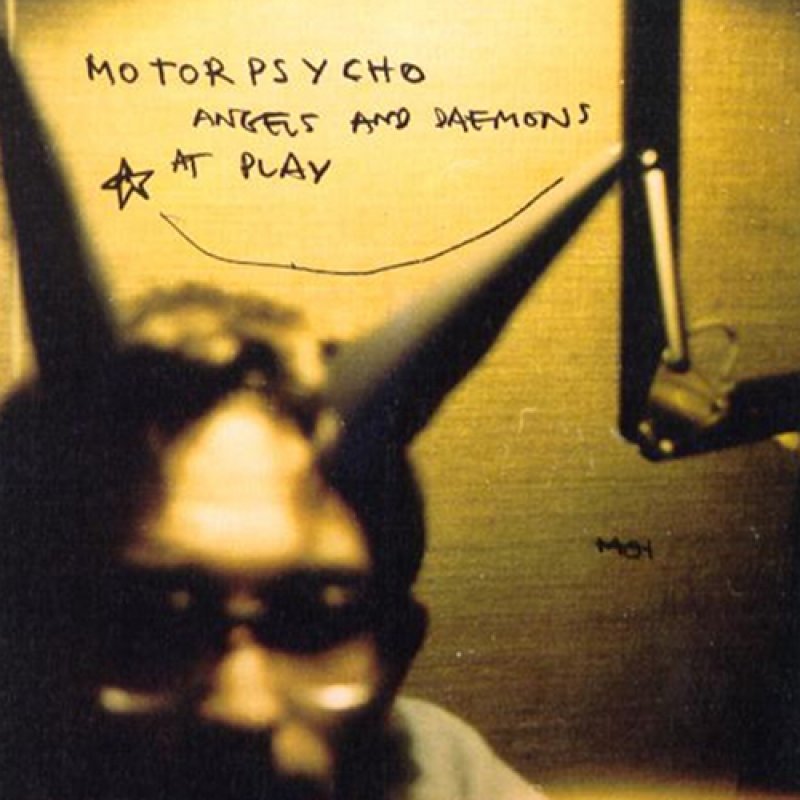 Motorpsycho has been able to feed the vinyl junky with unique and high quality releases more than any other norwegian band has managed over the past three decades. Twenty years after Angels and Daemons at Play came to life we bring Trondheims legendary prog metal bands sixth studio recording to our audiophile altar.

In this seasons opening night of our ongoing series of norwegian album presentations at Deichman Main Public Library in Oslo, we discuss the music and recordings with Bent Sæther from the band, before we lean back, soften the light and descending into one of the finest examples from Motorpsychos experimental and hypnotizing world by hearing the entire album from beginning to end. 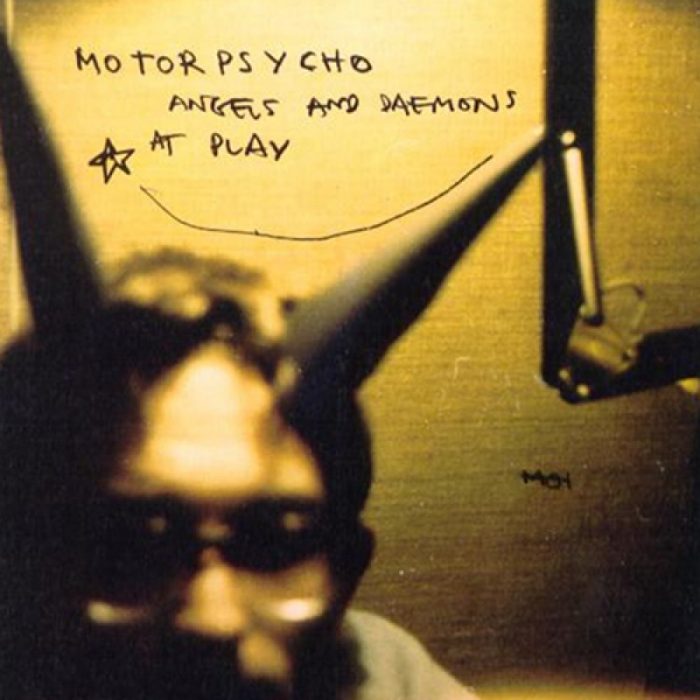 “The amount, the scope, the register and complexity, everything else appeared with such puzzling and predictable variations on top of eachother, while this was something completely of its own, despite the obvious references, it was impossible to understand what it was with this band, the only way to experience it was to let go of everything, allow it to sink in, the shifts between the wary and the brutal, the short, the concise and the often beautiful compositions and the heavenly eternities where the band seemed to release itself and disappear into something that just grew, until the sound became three-dimensional and all-encompassing, a malstrom you did not want to escape, knowing that you had happily followed them out of the room, out of town and into the mountain, where the exit was closed behind you forever, as long as it was never quiet again.”

We also get visited by the author and playwright Johan Harstad, who describes the overwhelming and physical feeling of hearing Motorpsycho live with these lines in the opening of the book about his relationship to the predecessor ‘Blissard’. The book was written in 2012 following 100 fellow norwegian artists votation of their 10 favourite albums, finally to be presented as the 100 best norwegian records. 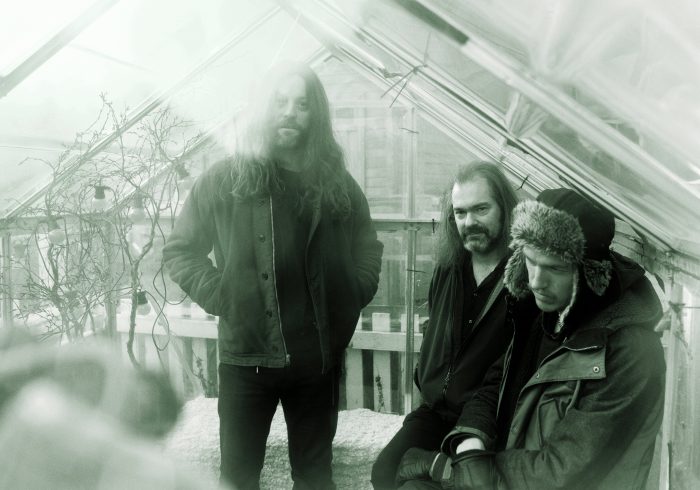 A total of five Motorpsycho albums from a hugely productive decade ended up on the top 100 Norwegian album list. The self-inflicted competition explains in part why ‘Angels…’ surprisingly isn’t to be found among the chosen ones. Another reason may be that Motorpsycho on this album really folded out their urge for musical explorations, with what for some fans with a penchant for the band’s more melodic and groovy sides might possibly be perceived as long trippers with less accessible psychedelic excursions.

Within six years, from 1994 till 2000, the hardworking psyche rockers were awarded the Norwegian Grammy equivalent ‘Spellemannsprisen’ four times, including once for ‘Angels And Daemons At Play’. It is about time we make a deep dip into one of the most hypnotic and fascinating journeys of this persistently hard-working band.

A COLLECTORS DREAM – OR NIGHTMARE

Completing the discography of Motorpsycho can be an equally exciting and nervebreaking exercise for a record collector, like looking for bootlegs in the hidden alleys and trenches in the wake of a Grateful Dead or Frank Zappa live tour. There are not only a myriad of them, but also many versions of the same recording – small variations it would be unheard of to leave untouched (if you are a compulsive completist). 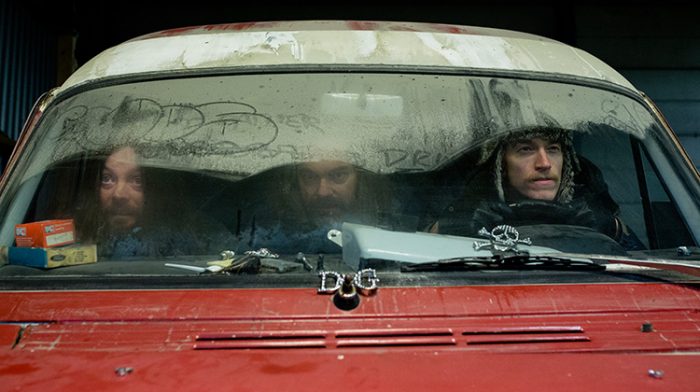 In addition to the consistently high musical quality the band has been able to display and add to its productive inventory over the years, from the first releases in the late 80’s till today, they are known for their jam like methods and at the same time detailed ingenuity with both the recordings and the physical end product, ‘Angels And Daemons At Play’ being no exception.

The album was released in several different editions, all with the cover work from Kim Hiorthøj, but with small adaptations within the song material depending on the format the music was presented through. Originally released as three EPs in only 500 copies; ‘Baby Scooter’, ‘Have Spacesuit Will Travel’ and ‘Lovelight’, it also appeared as a double LP, 6CD box and a triple CDEP, and it is the latter we choose to play at Deichmans music department this Thursday.

On some occasions our faithful molecularists from Duet Audio choose to pull on the white butler gloves to prepare an audio menu that does not stand back to any other audio equipment found on the higher end of this world. Like the ambient noise artist and co-producer Deathprod, the guys from Motorpsycho are also great listeners and skilled explorers in to the treasury of the history of music. 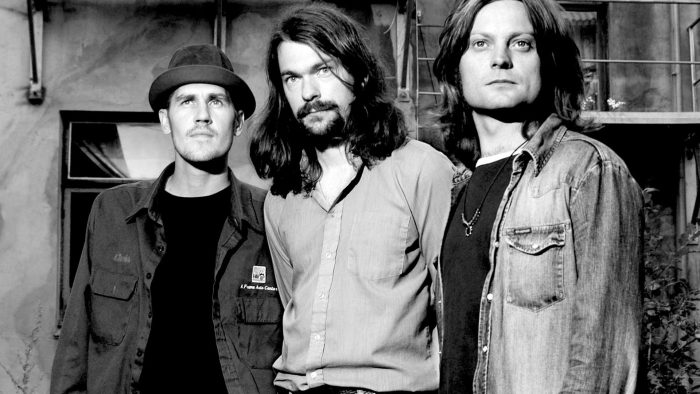 This empathy and curiosity has constantly sparked new, exciting musical landscapes on their records, a rough terrain they have managed to draw and present in a refined way. When such a conscientious craftsmanship has been made in regards to the recording, there is every reason to offer the best possible conditions also at the other end of the horn.  With Piegas flagship speaker Master Line Source 1 as final instance before Motorpsychos psychedelic metal meets the ears, we will be assured of an audio file listening experience of the rare. We will simply serve one of our favourite discs on world-class audio equipment this evening, customised the room we’re supposed to be in. So here’s nothing more than enjoying yourself.

Presenters: Kent Horne with Bent Sæther from the band and author Johan Harstad.