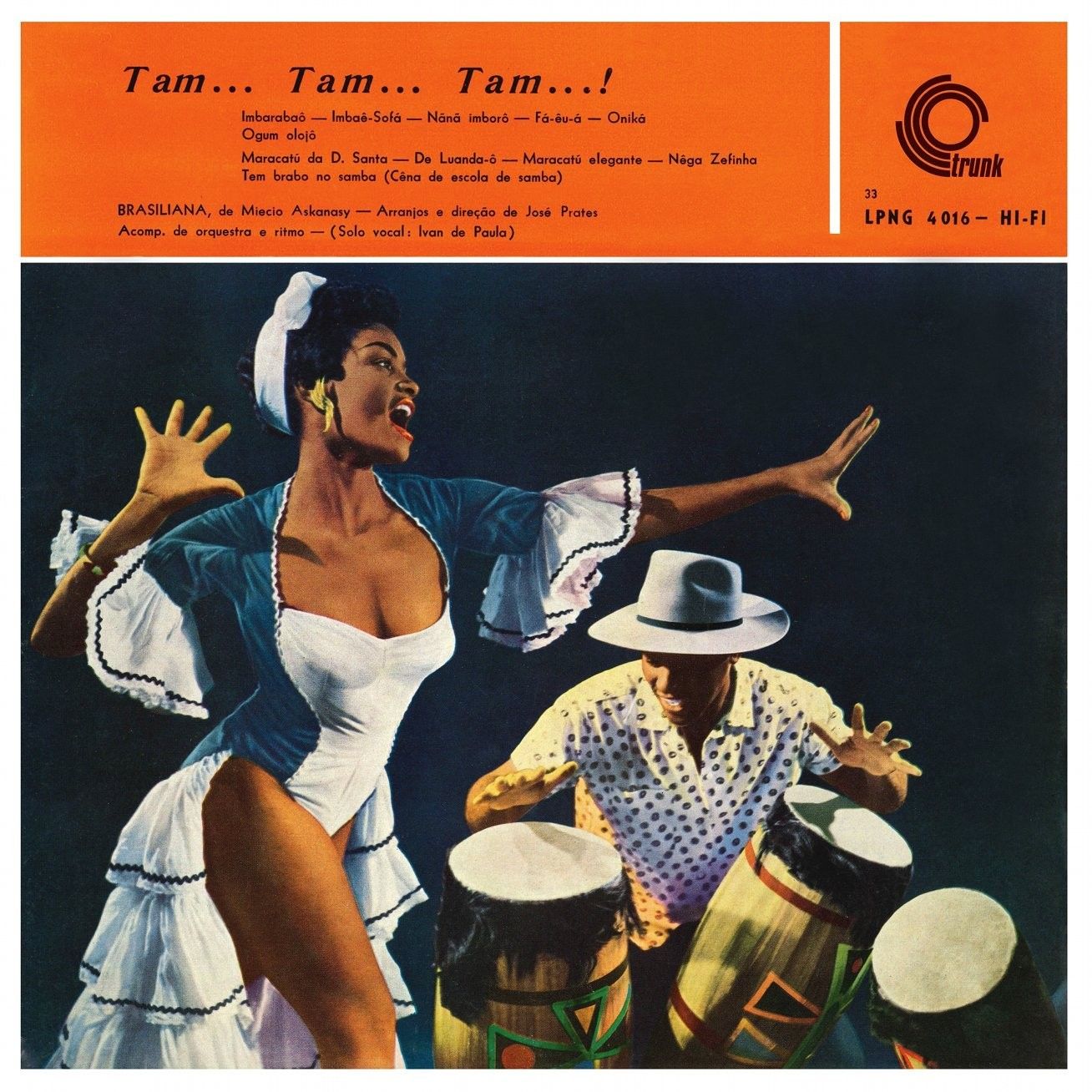 In August of 2014 a request was sent out by Gilles Peterson for someone to issue the incredibly rare Brazilian LP ‘Tam…Tam…Tam…!’ 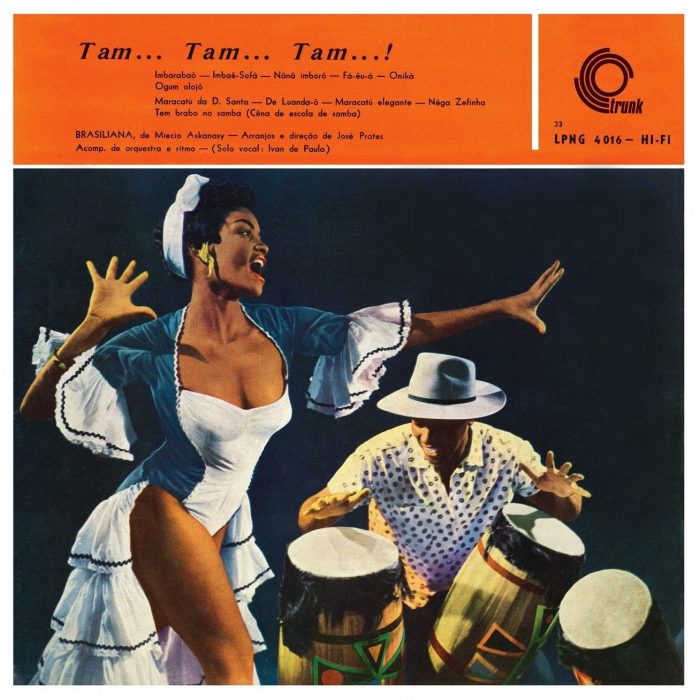 This is because it’s an extraordinary album, only issued once in 1958 as part of Mieco Askanasy’s 1950s touring “Braziliana” show. It’s so rare not even Gilles Peterson has a copy (and let’s face it, he doesn’t just have a Record Room, he has a whole Record House…).

The original music was written and produced with José Prates and as an album it stands out as a keystone in the development of the Brazilian sound that was to explode around the world in the decade to follow. This is the first time this landmark LP has been issued since 1958. An original, if you ever found one, would cost you in excess of £1000.

The reason Gilles Peterson wanted this album reissued is because it is so extraordinary. Musically it works on a number of levels – firstly that the solid blueprint of 1960s Brazilian music runs throughout it. For example, if you listen to Track Three Side One “Nānā Imborô” you will hear “Mas-Que-Nada”.

Secondly, the infectious rhythms, melodies and exotic sounds that emanate from this album are deep, raw and totally engaging. And the more you listen to ‘Tam…Tam…Tam…!’ the more you hear its importance and influence.

This rare reissue comes at a crucial time, when in our connected and information saturated world few important things have escaped attention and reappraisal. Finding anything new and genuinely incredible is a rare feat.

Gilles does have a copy now and we’re going to play it!