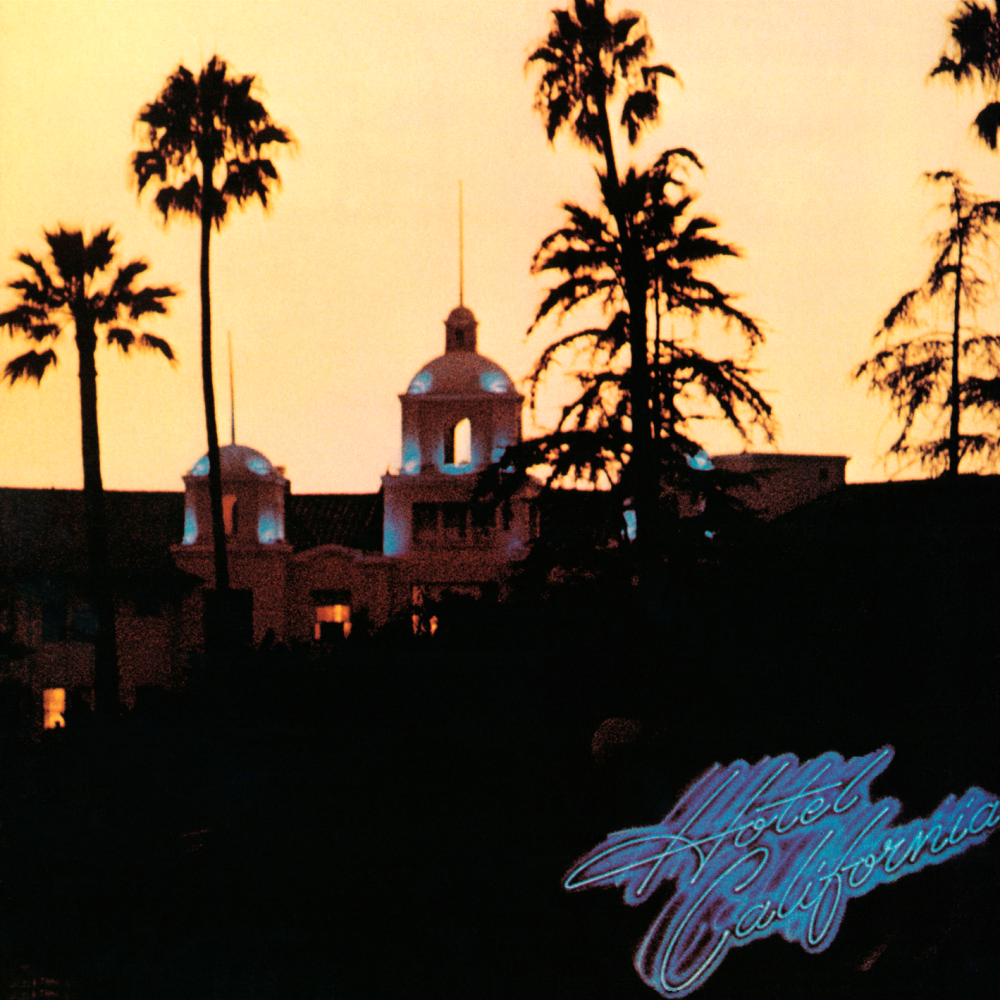 Classic Album Sundays Kansas City is celebrating the 40th anniversary of one of the greats, Hotel California. This, the 5th studio album from The Eagles, proved to be their most successful, with 2 number one singles and over 32 million copies sold worldwide. Released in December 1976, Hotel California marks the tipping point where The Eagles stepped farther away from their Country rock roots and into the mainstream. Joe Walsh makes his first appearance here, replacing founding member Bernie Leadon, augmenting The Eagles’ already impressive guitar facility.

Entering the charts at number 4, it kicked Stevie Wonder’s Songs in the Key of Life out of first place, spending 8 weeks at number 1. Ultimately it was edged out in the album battle of 1977 to Fleetwood Mac’s Rumours. However, the title track topped the US Singles chart and won the Grammy for ‘Record of the Year’.

With Hotel California The Eagles hit their peak musically, lyrically, and with production values and recording techniques. Creatively bankrupt and emotionally exhausted from the stress of supporting such a huge success, They would take 3 years to release their next album, the Long Run, and then breakup in 1980, not performing or recording together again until 1994.

We will listen to music that either inspired or was relevant to this classic LP, then the lights go down, the volume goes up and we play the featured album from beginning to end on vinyl using our world-class sound system featuring awesome Audio Note (UK) Ltd tube gear and kick-ass Klipsch horn speakers. You won’t believe what you can hear!