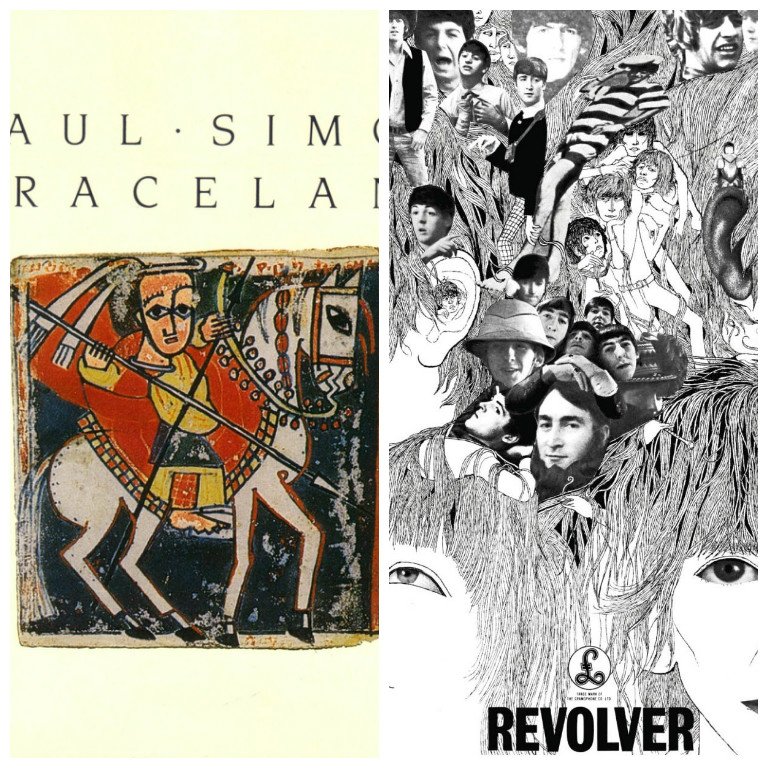 For our August event in Kansas City we’ll be featuring not one but two classic albums, The Beatles’ Revolver and Paul Simon’s Graceland chosen by the listeners themselves.

Revolver is currently celebrating its 50th anniversary and is a favourite of many of our producer friends including Tony Visconti who said, “The songs are perfect, the production is other worldly, it is almost always a spiritual experience when I hear this album.” and Ken Scott who told us the album was “One small step for the band; one giant leap for popular music” (Read more about our Artist and Producer Top Five Albums here).

Paul Simon’s Graceland was somewhat controversial in that Simon ignored a ban on working in South Africa due to the country’s apartheid regime. However, it did help bring attention to the country’s rich artistry and political plight. The excellent documentary “Under African Skies” investigates this debate. The album did win a Grammy for “Record of the Year” and the gorgeous songs were beautifully recorded by Roy Halee. It is also one of Joe Boyd’s favourite albums, “The way Paul went about it was to go and record African rhythm sections playing real South African rhythms. Then as the musicians were so great, they challenged him to write the best lyrics he’s ever written because he had to come up to the bar they had set on the rhythm tracks.” Check out his full review of the record (and his remaining Top Fives) here.

This is certain to be a hugely popular event so make sure to get your tickets early.