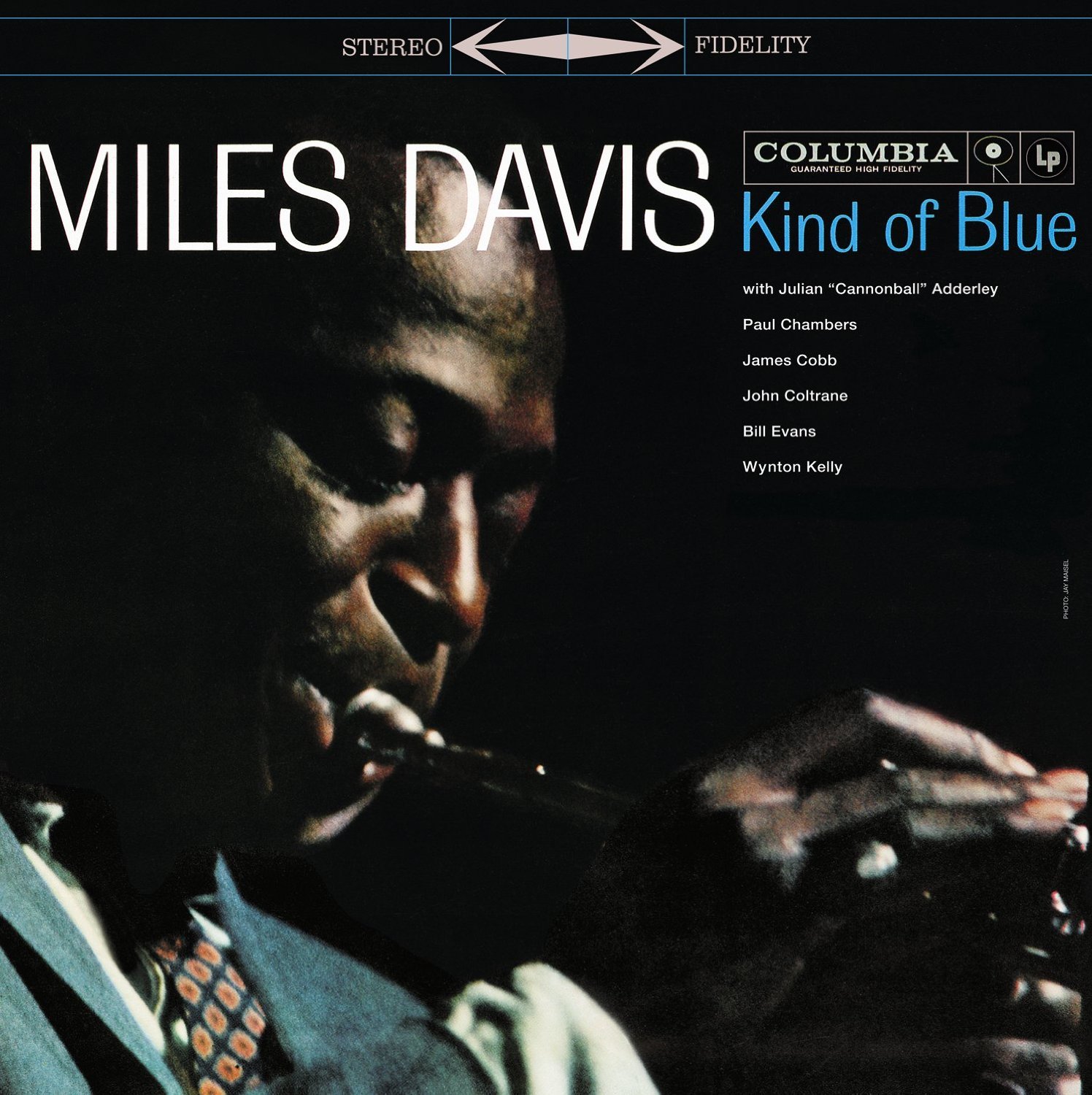 After endorsing the rhythm & blues inflected hard bop early in his career, by the late Fifties trumpeter Miles Davis was moving toward a different style of style of playing without chords and using scales as the harmonic framework. It sounded like a simpler style of playing (even though it was difficult to play). This was first exhibited on the title track of his “Milestones” album in 1958 but it was on his 1959 album, “Kind of Blue”, that Davis totally gave himself over to modal jazz. Featuring the all star line up of Davis, John Coltrane, Cannonball Adderley, Bill Evans, Paul Chambers and Jimmy Cobb, “Kind of Blue” has become one of the best-selling jazz albums of all time and helped changed the course of jazz forever. Read more about the album here.

Join us for the two-hour musical lead-up when we feature music that either inspired or was contemporary to this LP such as music by Charlie Parker, Duke Ellington, Thelonius Monk and John Coltrane. Then we present the story of the album. Finally, its lights down and volume up as we play the album in its entirety, on vinyl on our audiophile hi-fi. Listening guidelines apply.

We were lucky enough to be joined Laura Mvula at Camp Bestival who told us stories of how this was her favourite album from her childhood! You can watch the full video here.

Tickets: $10 in advance here and the same on the door if there are any available. All ticket proceeds are going to be donated to the Coda Jazz Fund.

The Greater Kansas City Community Foundation acknowledged the establishment of the Coda Jazz Fund on January 24, 2002 as a charitable fund to provide financial assistance for the funeral and burial expenses of deceased career jazz musicians and vocalists.