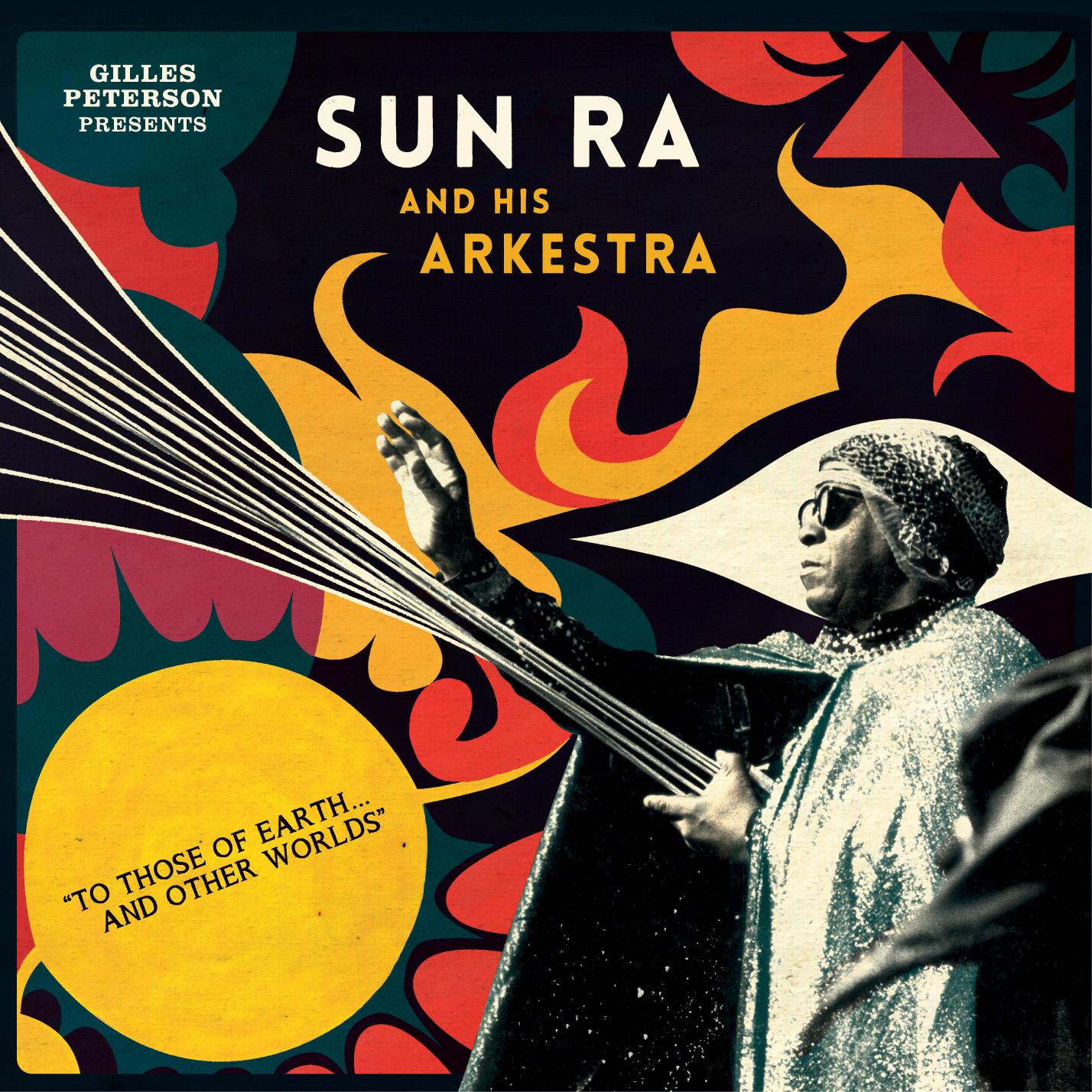 Classic Album Sundays in partnership with Strut Records and Art Yard, will be hosting a very special evening at Brilliant Corners on Thursday 12th November from 7pm marking the launch of GILLES PETERSON presents SUN RA AND HIS ARKESTRA “TO THOSE OF EARTH… AND OTHER WORLDS” which is set to be released on October 30th. This compilations serves as perhaps the best introduction yet to the music of Sun Ra for a whole new generation of converts.

For this event, Gilles Peterson will speak with CAS founder Colleen ‘Cosmo’ Murphy about the influence of Sun Ra and why he believes “Sun Ra was the man, the ultimate artist for any vinyl collector.” They will discuss and play selected tracks from the compilation. This will be followed by a full and interrupted replay of Sun Ra’s classic ‘Lanquidity’ album, (from the original tapes and including 30 minutes of previously unheard music) on Classic Album Sundays world class audiophile soundsystem.

Sun Ra was a one-off in the annals of jazz. As author Robert L. Campbell describes, “He claimed to be the last of the swing band leaders, yet dosed classic songs with LSD. He wrote poetry about the “coming space age” and claimed to be a citizen of Saturn. He dressed himself and his band in gold- lame and lectured on the Creator’s message to the cruel and deceitful Earthman. He named himself after an Egyptian God. Was this guy for real? Sun Ra was very much for real.”

The album replay will also be followed by a special Q&A giving guests the opportunity to ask Gilles questions on the album and its creation. The album itself also features sleeve notes from Gilles with a full Ra career biography by author Robert L. Campbell alongside previously unseen photos from the archives of Val Wilmer.

Following the Q&A the night will continue will a special guest DJ set from Strut compilers Duncan Brooker and Francis Gooding set to a backdrop of the 1974 Sun Ra film, ‘Space Is The Place’. Brooker and Gooding are two of London’s great archivists of jazz, world music, soul and funk and have been behind some of the huge changes in the “world” music market in recent years. Between them, they have compiled key album series including ‘Nigeria 70’, ‘Next Stop Soweto’ and ‘Calypsoul 70’ for Strut and the acclaimed ‘London Is The Place For Me’ series for Honest Jon’s.

This is sure to be a very popular event, so please make sure you get your tickets early!