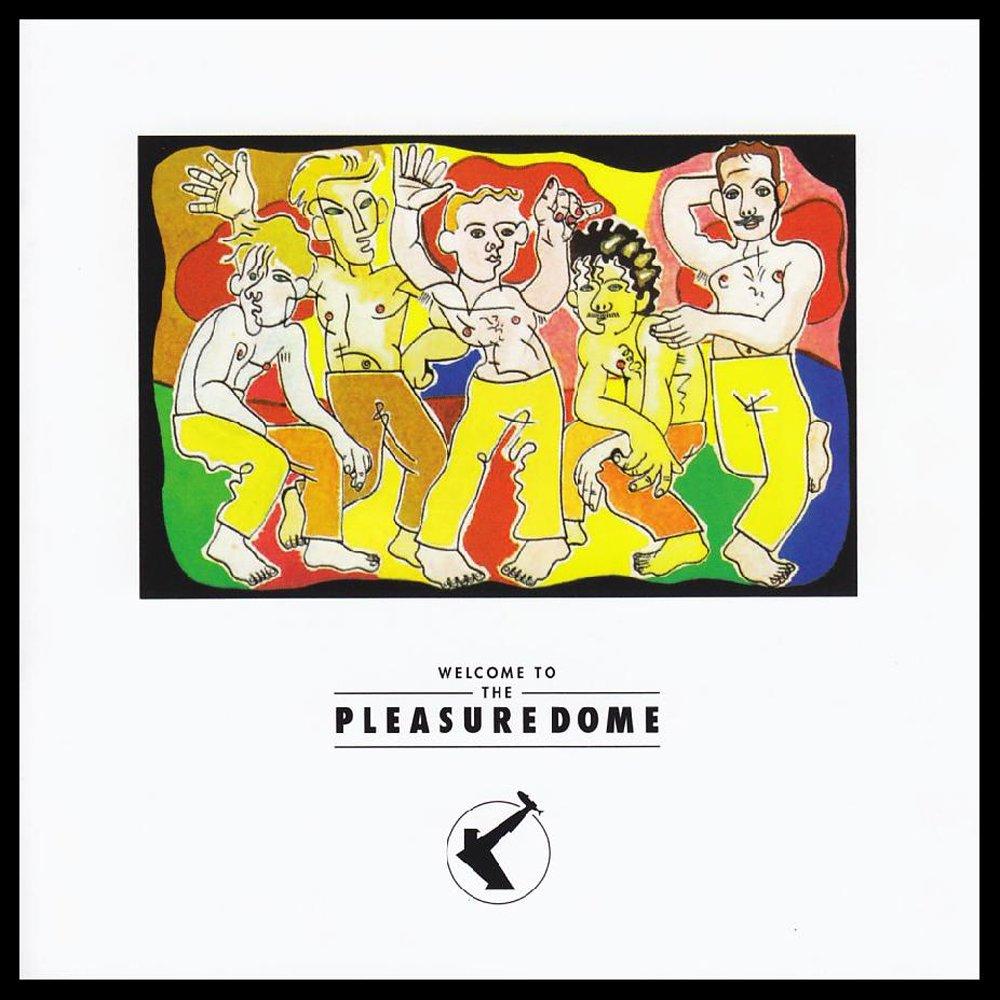 ‘Welcome To The Pleasuredome’ was originally released through ZTT and Island Records on 29th October 1984. It was an international bestseller, with more than 1 million albums allegedly purchased on pre-order in the UK alone. The album’s lead single ‘Relax’, was famously banned by the BBC but went on to top the single charts for five consecutive weeks and still to this day remains the sixth best selling UK single of all time.

Frankie Goes To Hollywood are not only a generation defining band, their music and image has stood the test of time like no other. With Frankie Says Relax t-shirts still selling and being adorned by the youth of today, they released music that still inspires and influences present day musician and producers. From ‘Relax’ and ‘War’ to Two Tribes’ and ‘The Power of Love’, they are quite simply iconic.

Through the PledgeMusic Direct-To-Fan platform, Union Square Music and ZTT are releasing ‘Inside The Pleasuredome’ – an ‘ultra-deluxe’ box set celebrating the album’s 30th anniversary. They are also bringing in Classic Album Sundays for a special one-off event with producer Trevor Horn on Thursday, 25 September.

Held at SARM Studio 1, where it was originally recorded, the evening celebrates the 30th anniversary of one of the most iconic and important albums of the past three decades – ‘Welcome To The Pleasuredome’. With only 60 tickets available through PledgeMusic, this once-in-a-lifetime event will consist of a full album playback on an incredible Audio Note hi-fi, one of the world’s best valve analog sound systems. In addition, the album’s producer, Trevor Horn, will be interviewed by Colleen Murphy, founder of Classic Album Sundays, as well as a listener Q&A with Trevor Horn after the album playback.

We will also have a special message from Paul Morley, the journalist extraordinaire who helped steer Frankie Goes to Hollywood into their phenomenal success with clever marketing ideas (such as those t-shirt slogans). After the album replay we have two more additions to the Q&A: JJ Jeczalik, a founding member of Art of Noise and the album’s  Fairlight aficionado and programmer, and engineer and guitarist Steve Lipson. Now that is quite a line-up!

This will also be one of the last times SARM Studios will be open to the public, with planned redevelopment work set for later this year.

There will also be a very special raffle taking place on the day, in which every ticket holder will be entered and can win some unique and special prizes, and in addition each of the 60 ticket holders will get a unique memento of the evening.

Each ticket is for one person. Please note, physical tickets will not be dispatched. Please print out and present a copy of your PledgeMusic receipt email as proof of purchase.

My Classic Album: The Kooks on ‘Inside In/Inside Out’