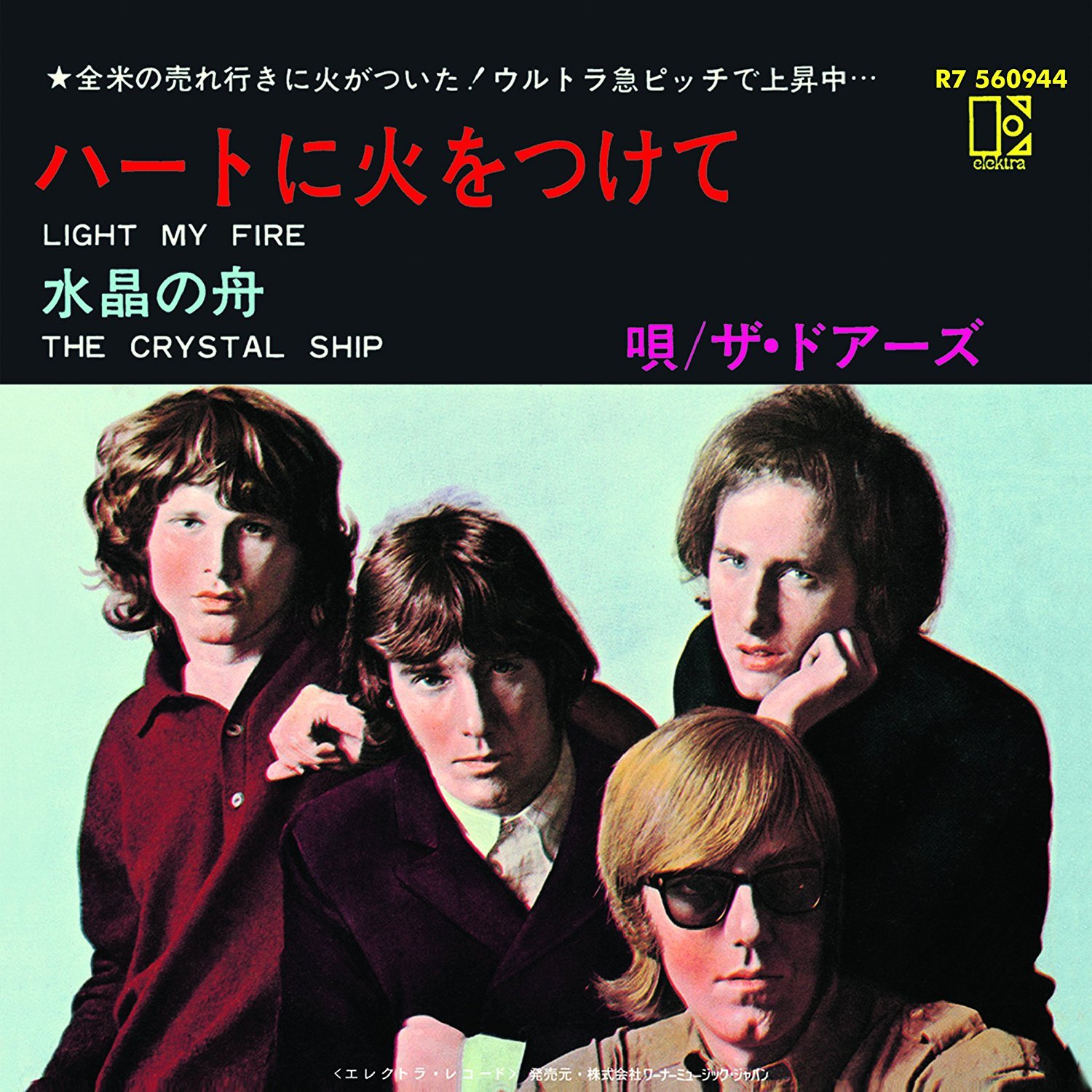 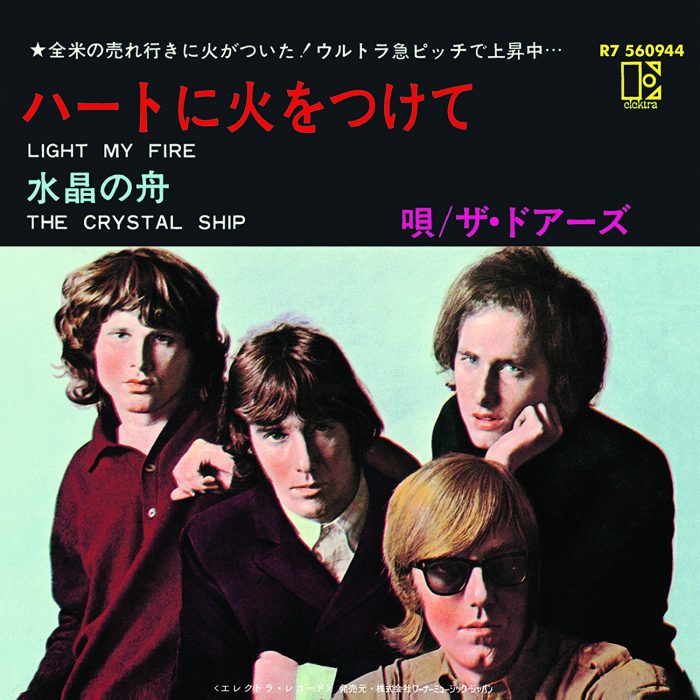 To mark the 50th anniversary of the release of The Doors’ classic single ‘Light My Fire’ a special 7” will arrive on 28th July.

This reissue will adopt the unique artwork of the Japanese edition, and is supported by an album version of ‘The Crystal Ship’ on the B-side. ‘Light My Fire’ was the second single released from the band’s self-titled debut, which also turns 50 this year. This pressing will be released in a limited edition of 7,500 by Rhino.

Furthermore, this is a rare opportunity – original pressings of the Japanese editions are currently absent from Discogs. You can pre-order a copy here.