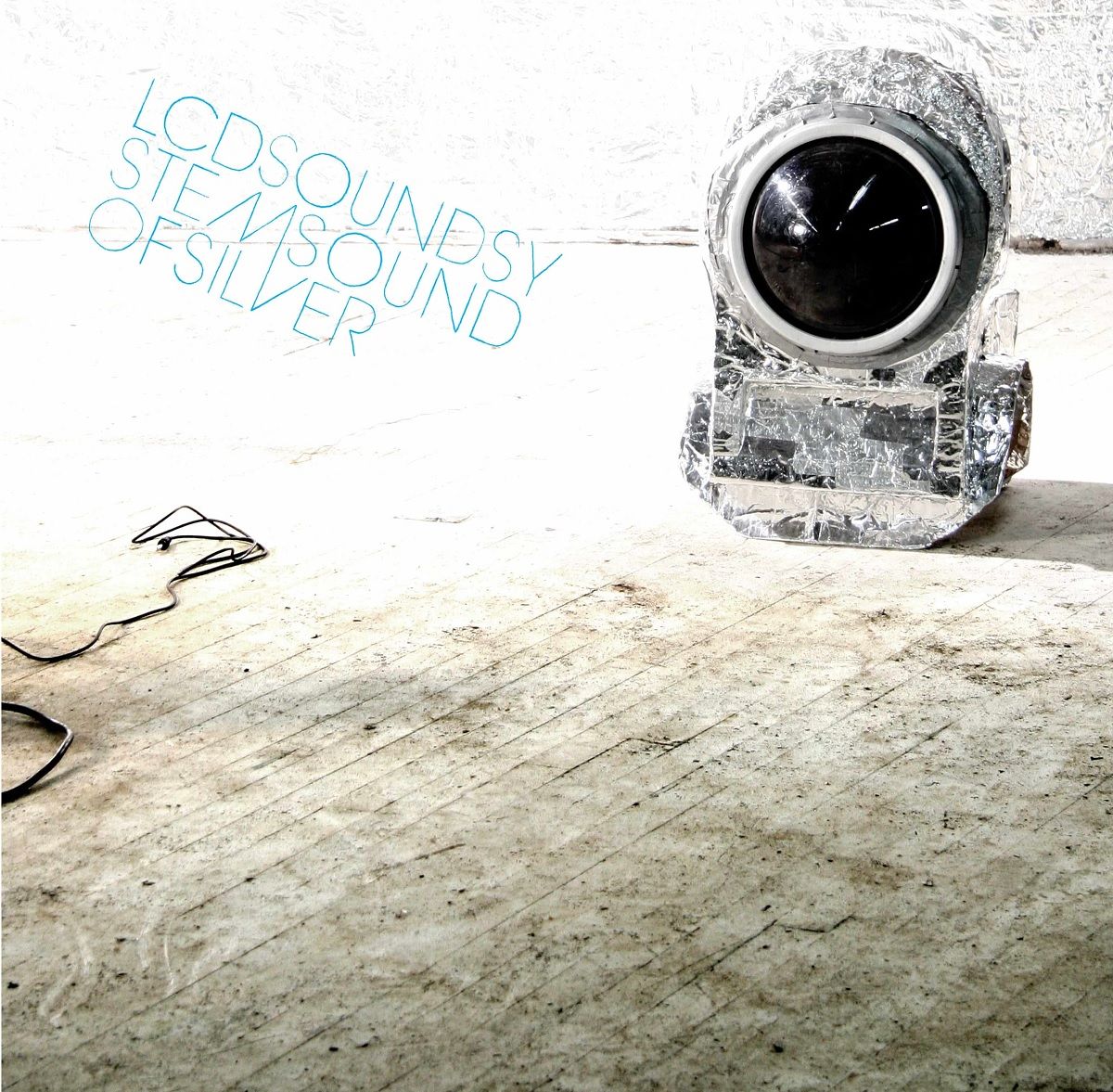 After the promising success of his debut album under the LCD Soundsystem alias, James Murphy decamped to Longview Farm, a Massachusetts dairy estate which housed two impressive studios that were converted from a 20th century house and barn in 1972 by former philosophy professor Gil Markle. It had accommodated the likes of Stevie Wonder and Keith Richards in its heyday, and Murphy had visited the property previously to record sessions for his first full length. The creative polymath had his reservations about the place, however: “The first record I went to a farm and I walked away from it and I listened to the record and I thought it sounded too woody.”

Hoping for a more charged atmosphere this time around, the musician proceeded to cover the walls with tin foil and silver fabric, so that, in his words, “it would be more silver.” Despite this notion sounding slightly deranged, the methodology chimed, perhaps subconsciously, with the broader concepts germinating in Murphy’s mind. Beyond the obvious relations to the title, Sound Of Silver was to be dedicated to the memory of Dr. George Kamen, a maverick psychiatrist who was pioneering in his use of psychodynamic and group therapy in NYC. Kamen was also rumoured to be Murphy’s longtime therapist, and his death in 2006 looms greatly over one of the album’s emotional highlights, ‘Someone Great.’ Despite the song’s obvious allusions to the decline of a romantic relationship, its lyrics often hint at a patient-therapist relationship – “I wish that we could talk about it/But there, that’s the problem.”

Murphy was struggling not only with his mental health but with the mammoth task of recording an album which had so much expectation attached to it – and which he felt risked turning into a cynical parody of his debut. In a 2010 interview, he stated that, “Making Sound of Silver was very emotional, at times I just hated making that record. I wanted to kill myself.” Psychology and sound, it seemed, were inseparable. 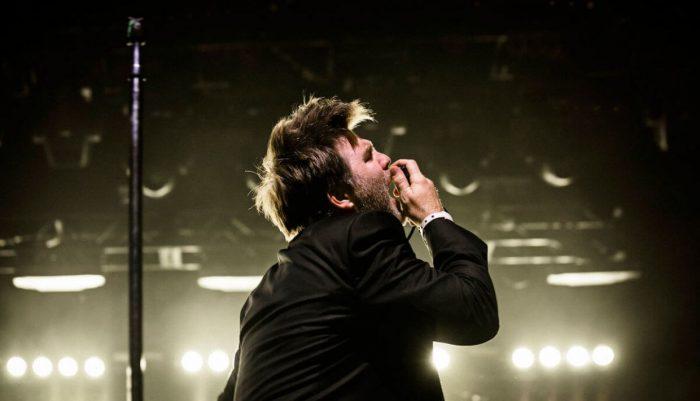 But Murphy had an unlikely breakthrough after being commissioned by Nike to compose a stream of music built to soundtrack a run. Entitled 45:33, the propulsive and kinetic requirements of this brief inspired some of LCD Soundsystem’s most energetic and invigorating music to date, and revitalised Murphy’s sense of ambition – in his own words, encouraging him to be “wide.” Integral to this fresh direction was the use of repetition and synthesis, something which the band had been previously associated with, but which was now given far greater priority, often becoming the central building blocks of their arrangements.

Sound of Silver successfully married the worlds of indie pop and electronic dance music in this way. The churning, eccentric funk of ‘Time to Get Away’ recalls the genre colliding post-punk of bands such as Liquid Liquid and ESG, whilst songs such as the opener ‘Get Innocuous’ build into a trance of kaleidoscopic synthesis that feels deeply indebted to the foundations of Chicago house and Detroit techno. The organic and the digital exist side by side throughout the album, and Murphy’s talent becomes apparent in his ability to make you forget about the differences between these two worlds. At a time of procedural rock boredom, this idea felt excitingly fresh.

Murphy maintained a tight grip on instrumentation – despite listing DFA associates Tyler Pope, Pat Mahoney and Nancy Whang as the official studio band, he would often re-record sketches laid down by the trio, honing the ideas to his personal satisfaction. Murphy is characteristically open about this assertive approach to his band-mates, stating: “I don’t have to sit there and pretend it’s a democracy and really be trying to control everything. I feel like bands’ ideas become really mushy. They get too democratic; they get watered down. Every person who plays their instrument is better at their instrument than I am. I happen to be better at being me. So I can take your instrument and play what I want better than you can.”

Sound of Silver sought to strip back the façade of the rock ’n roll lifestyle. What set the singer’s work apart on the album was the radical honesty and humour of his lyrics, positioned as the antithesis of the self-indulgent male-mystique found in traditional rock ’n roll. Murphy’s emotional involvement is palpable, often heightened by the comic specifics of a song’s mise èn scene – descriptive lines like “The coffee isn’t even bitter” or “The way you were breathing” on the standout “Someone Great” inflict the sensory impact of memory on the listener; a transportive moment you can almost taste. 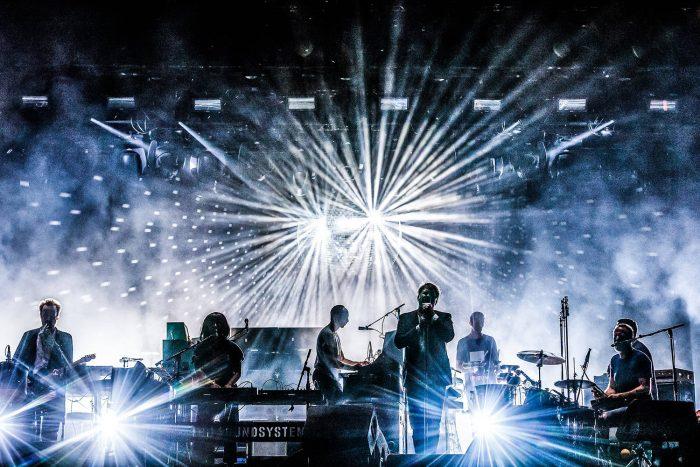 But it’s the passing of time that is arguably the most fascinating theme at the core of Sound Of Silver. Nowhere is this more apparent than on the album’s whirlwind centrepiece, “All My Friends”, a song that embodies the sentimental integrity of LCD Soundsystem at their best. Across its seven ecstatic minutes of piano crescendo, Murphy riffs on his desperate desires to stop the clock, to claw back some of the youthful energy that’s slipped through his fingers – a realisation that’s now seemingly terrifying in it’s confirmation of mortality. He mourns for once vibrant friendships that have been left to decay, but nonetheless defiantly exclaims that he “wouldn’t trade one stupid decision for another five years of life.” The seismic swell of music surging behind the singer sends this relatable sentiment into emotional overdrive.

LCD Soundsystem made music for the moment, when the only things that mattered were the who, what, where and when of the situation at hand. Sound Of Silver nonetheless stubbornly stands the test of time, it’s emotional themes and tantalising audio aesthetic remaining as potent and relatable today as they did ten years ago – taking on new life as its audience ages alongside it.

Murphy had managed the seemingly impossible task of translating the bittersweet effervescence of deeply personal moments into a musical form that felt universal in its infectious affirmations of life.