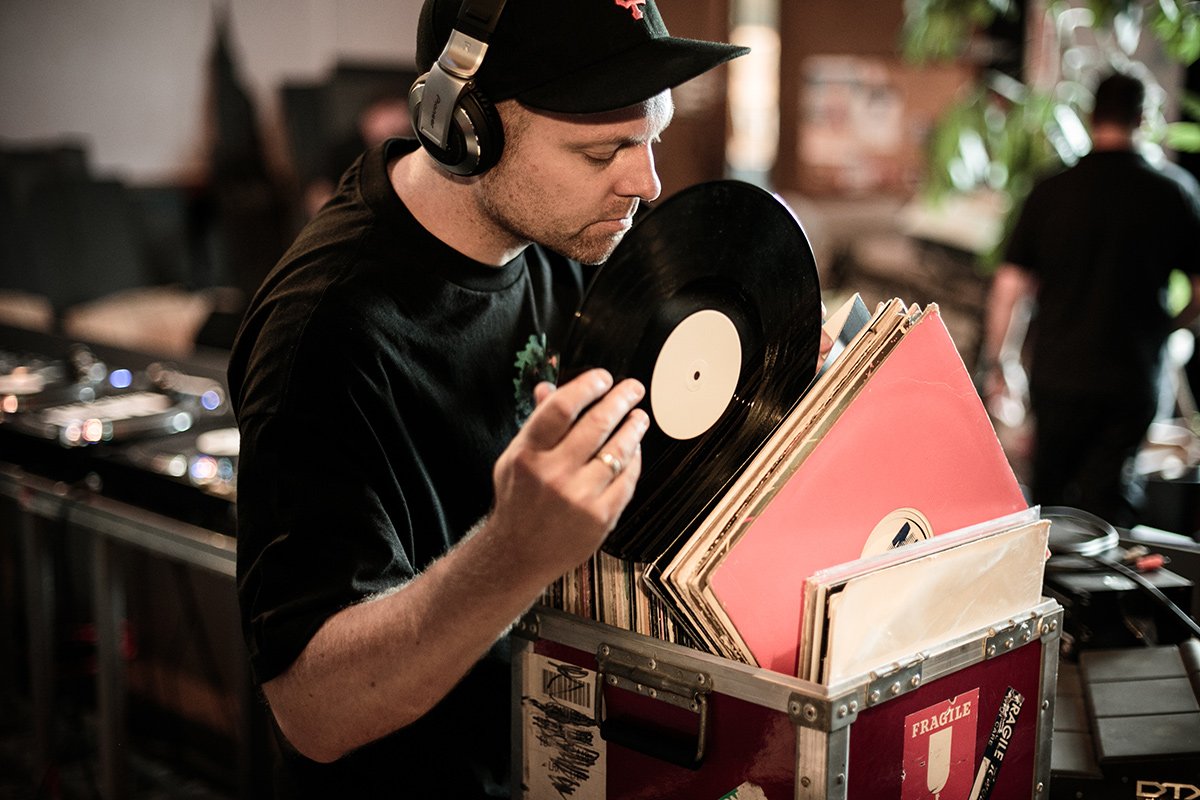 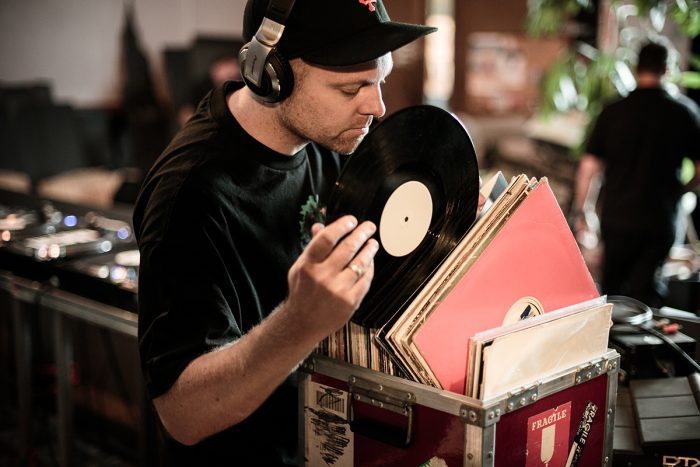 As The Vinyl Factory Reports: “Co-hosted by the producer and Los Angeles record shop Rappcats, the second instalment is a two-day event featuring “hundreds of used vinyl LPs, 45s, and 12″s culled from Shadow’s private collection, limited DJ Shadow items and rarities, a collector’s smorgasbord of CDs, cassettes, posters, and other oddities, strong coffee and strong conversation, and fresh, brand-new stock on both days,” says Rappcats.”

“This is a chance for producers, dealers, and DJ’s to access seldom-seen and eclectic vinyl at affordable prices,” says Shadow. “These are all records I have other copies of, and I’ve decided that I don’t need to keep multiples. Think of it as a year-long thrift-store hunt consolidated into two days.”

“I really didn’t know what to expect, or if people would ‘get it.’ I was worried everyone would be asking, ‘Why are you doing this?’ Instead, it was like, ‘THANK YOU for doing this!’ It was such an overwhelmingly positive experience that I’ve been looking forward to curating the next one ever since.”

[ Past ] Classic Album Sundays Oslo Presents Miles Davis ‘In A...