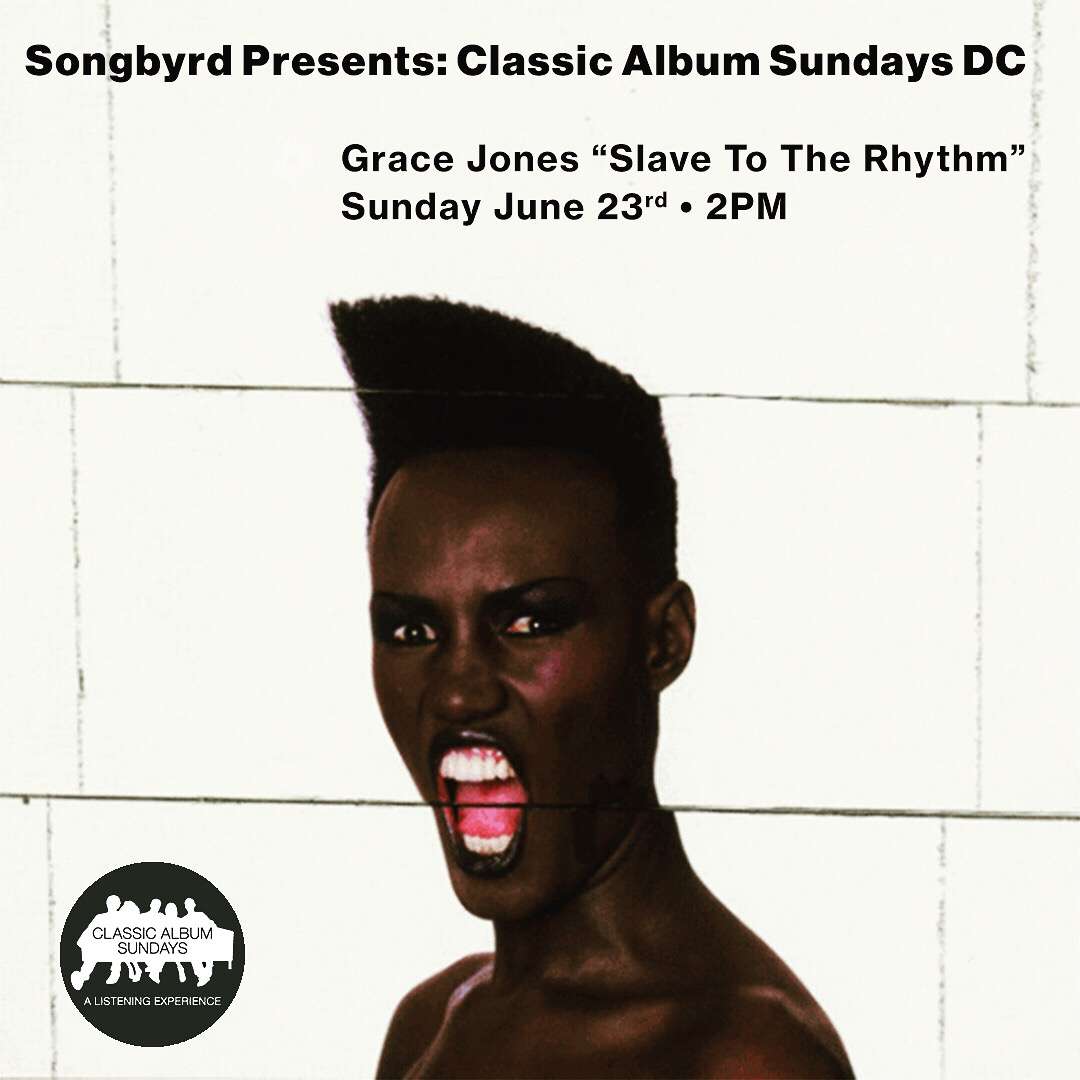 For our June 2019 session we celebrate Grace Jones classic “Slave To The Rhythm”!

Grace Jones was, and still is, an icon without comparison. Blending music with fashion, fine art and film, and eternally challenging common notions of gender, femininity, race and good taste. 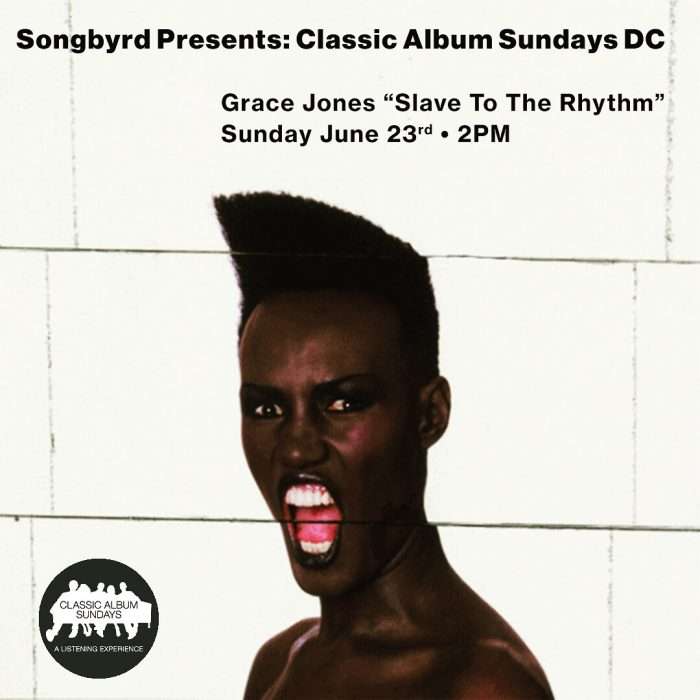 Called “a biography” in the liner notes, the record is a concept album, with each of the eight tracks featuring excerpts from a spoken interview with journalist Paul Morley. It was produced by major league producer and ZTT Records founder Trevor Horn, a.k.a. ”The Man Who Invented the Eighties.”

Following 1982′s Living My Life, with the classic single “My Jamaican Guy,” Jones took a break from music. During that hiatus she made her acting debut alongside Arnold Schwarzenegger in the 1984 film Conan the Destroyer, going on to play her classic role as villain May Day in the 1985 James Bond film A View to Kill.

Join us to hear Grace Jones like you never have before!

Album Suggestions from May 2012