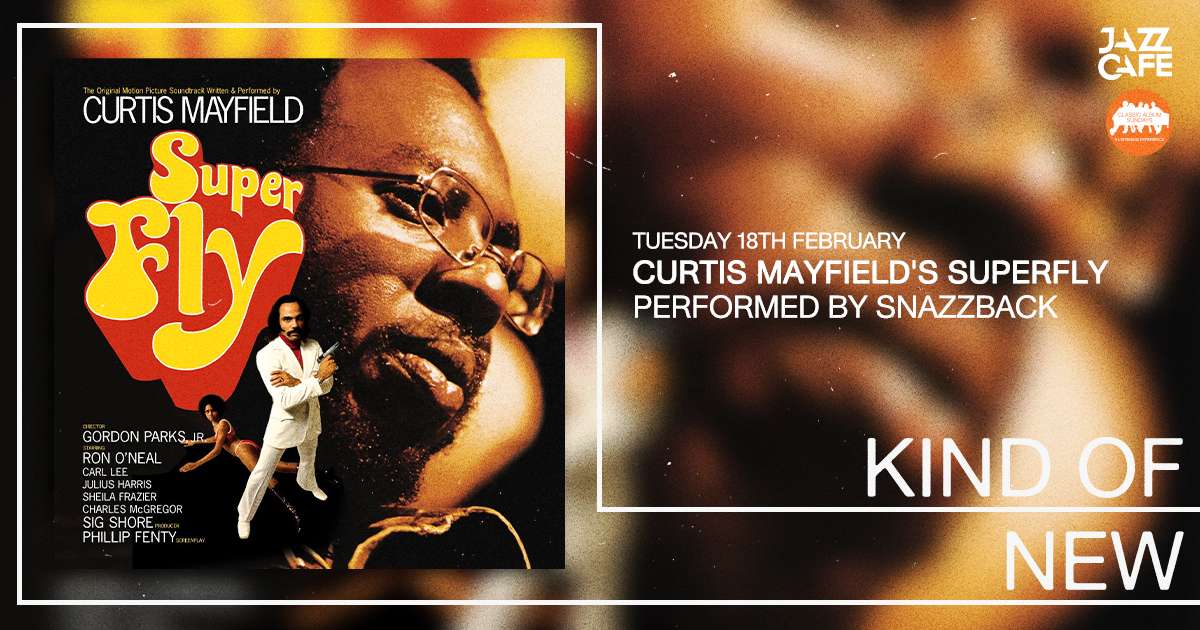 It was Mayfield’s third studio album, released as the soundtrack to the Blaxploitation film of the same name. Considered a funk and soul classic of the 70s with hits like Pusherman, Freddie’s Dead and Superfly, it’s one of the few soundtracks to outgrow the accompanying film.

Snazzback are focused on creating collaborative compositions tied together through a constant stream of improvisation and an infectious looseness. They explore global music and styles in an ever-expanding repertoire, infusing a variety of musical elements into an electrifying set that blurs the lines between original composition, re-interpretation and pure improvisation.