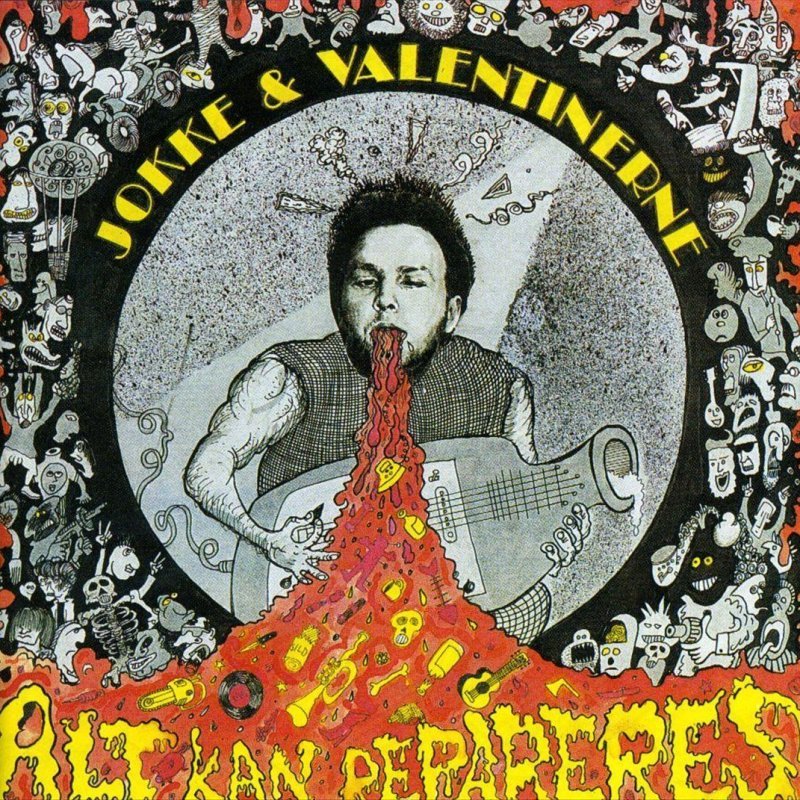 Hold your horses! On Thursday November 17th we take off our gloves and throw a Norwegian post punk classic onto the delicate high fidelity set up that Duet Audio and Midas Reference provide for our regular listening sessions in Oslo. Jokke’s 30 year old debut “Alt kan repareres” is the first out of a series of presentations of Norwegian album classics Deichmanske Public Main Library and Classic Album Sundays invite you to in the following months.

After a concert with Valentines at The Wall in ’84 and after Bobby bestowed upon us the songs “Spenn” and “Alt kan repareres” on a compilation tape together with a number of Norwegian bands the following year, the band emptied their pockets to record their first album. “Alt kan repareres” was the start of a series of albums with both Valentinerne and Tourettes that made huge impact on the Norwegian rock scene during the next two decades.

The descriptions of social inequalities in the seemingly classless society we live in, the message of standing up for the poor and helpless, the gratefulness for true friendship in spite of our human cracks and splits, are always relevant and is probably partly why Jokke still has this strong influence on quite a few Norwegian bands on today.

16 years after Joachim Nielsen put down his guitar and pen and handed the world to us alone, the self-proclaimed mangy dog is again crossing our tracks. With his liberating honest lyrics, often communicated with ironic distance and a generous dash of dark humor, recognizable close and heartbreaking at the same time, he wrote effectively into our city souls.

Jokke’s songs could be both raw, sensitive and still powerfully resound from the vaults of Norwegian rock history.  With drummer Valentinerne, Jokke’s girlfriend and creative partner May-Irene Aasen, producer Svein Solberg and manager Haavard Hansteen, we get an insight into the music scene in Oslo in the mid 80s and share stories around this 1986 album specifically, before we turn off our cellphones, dim the lights, turn up the volume and listen through the LP in its entirety, from first to last riff.

Tickets: NOK100 in the door or in advance here, Students/Seniors/Juniors half price.