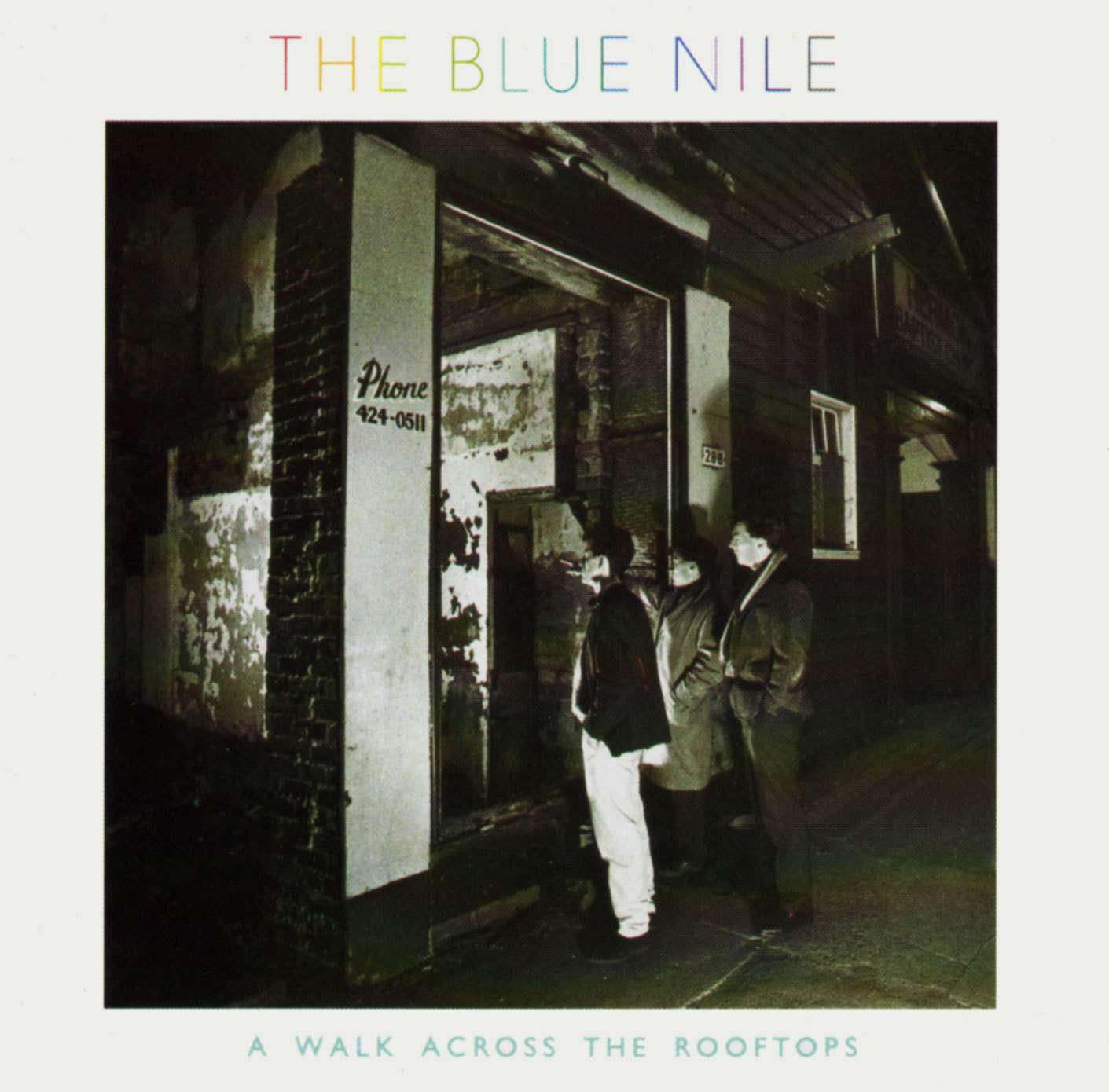 To coincide with The Blue Nile’s seminal debut album being re-issued in November; we thought it was the perfect time to play this classic album from Glasgow. Formed in 1981, the three piece Blue Nile had released one single on their own, Peppermint Records, before they were introduced to hi-fi manufacturer, Linn Products, by their friend, and soon to be long term producer and engineer, Calum Malcolm.

Linn were looking for a band to record a track that would showcase “the fidelity and versatility” of their high-end hi-fi components, like the Sondek LP12 turntable. Having heard a demo of “Tinseltown In The Rain” while visiting Castlesound Studios, they approached the band to fund the recording of a full album, and formed a record label especially to release it.

The rest of the album followed the laidback style of the opening “A Walk Across The Rooftops”, though the pace is picked up with the homage to Glasgow in the anthemic single, “Tinseltown in The Rain”. It garnered positive reviews, but only sold modestly at the time. Interest in the band has continued to increase over the years with their ethereal, spacious sound, prolonged periods of inaction and lack of “profile” from the band all adding to the mystique.

We’ll be able to listen to “A Walk Across The Rooftops” as it was supposed to be heard: on a fabulous hi-fi system, showing off the fantastic production, but most of all, taking you closer to the performance and the heartfelt emotion of the songs.

Tickets have sold out for the first session so due to overwhelmingly high demand we have added on a second sitting starting at 9 pm!

Get in the mood by listening to some of the music that inspired The Blue Nile, along with tracks from their musical contemporaries around the release of the album in 1984. The bar will be open, and you can grab some lunch/dinner beforehand at Chinaski’s next door, to ease yourself in, and then hang out with a great soundtrack. Then 7.30pm the lights go down, the volume goes up and we play the album from beginning to end on a reference Linn hi-fi system.