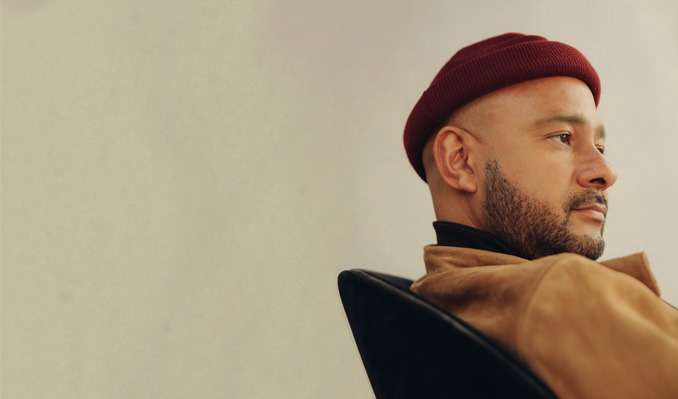 Carboot Soul, the third Nightmares On Wax album, resisted the urge to go bigger and bolder. 1999 marked a year of unprecedented change, as the world prepared to enter a new millennium, and both the push for and fear of change manifested in public hysteria such as Y2K. Massive Attack and Tricky had harnessed this apprehension on their respective masterpieces, Mezzanine and Pre Millennium Tension, which pushed against the prevailing mood of Brit-Pop and New Labour’s sunny optimism with a crepuscular mood that suggested trouble was lurking behind false promises. Nonetheless, by the turn of the century trip hop’s troubled worldview had largely fallen out of favour with mainstream listeners, who were far more receptive to the hyperactive sound of acts such as Basement Jaxx.

There was a soulful classicism that remained in the Nightmares on Wax sound, extending its life beyond the decline of the genre it helped establish. Following his second album, Smokers Delight, Evelyn had been inspired to incorporate more live instrumentation into their music, building from an initial keys and beats base towards something that resembled a small symphony of both sampled and performed sound. Robin Taylor-Frith’s dexterous performances are again used throughout the album, notably on tracks such as the opener ‘Les Nuits’, in which his staccato keyboard is offset by a velveteen bed of cinematic strings. The album’s cast of musicians also included Chris Dawkins on guitar, Hamlet Luton on bass, and soul singer Sara Winton, whilst orchestral arrangements were handled by the Pure Strings Orchestra.

This evolutionary step in their music making marked a move towards something that resembled a traditional band set-up; a major shift for a project that had begun life as an extension of DJ-ing. Evelyn saw this as a necessary development for Nightmares On Wax’s continued growth: “Doing the live side proves there is more to the music. People have something more tangible to relate the music to and it gives us the chance to connect with the audience.”
The producer wasn’t quite ready to abandon his drum machine however, which kept its place at the beating heart of the group’s operation. This was integral in maintaining hip-hop’s vital undercurrent; tracks such as ‘Morse’ and the New York-styled ‘Easejimi’ reassured listeners that, at its core, this was still dance music, whilst the rhythmic interplay with Winton’s vocals on ‘Survival’ and ‘Finer’ invoked a British R&B influence from the likes of Soul II Soul and Sade.

Carboot Soul also wasn’t afraid to be an easy-listening record. Chill out had become a vital facet of rave culture – a salve to the scene’s wilder strains, popularised by genre-defining records such as The KLF’s ‘Chill Out’ and Apex Twin’s ambient masterpieces ‘Selected Ambients Works’ Volumes One and Two. Trip hop had often blurred the lines between serenity and insanity, exploiting a latent melancholy in the afterglow of the party.
Whilst this was an artistic prerogative for the likes of Portishead and Massive Attack, Nightmares On Wax had always maintained some sense of placidity. A sunny, Californian warmth permeates every track on Carboot Soul, as if it were tailor made for a slow cruise through the streets of Los Angeles. Tracks such as ‘Fire In The Middle’ sidestep ambient and chill-out cliché, drawing instead from the g-funk of Dr. Dre and Snoop Dogg, with a relaxed tempo, swung percussion, and instruments that melt into the air like smoke. Amidst the artificial complexity of Warp’s catalogue, it stood out as something boldly organic.

Whilst electronic music’s drive for constant evolution is admirable, there’s a lot to be said for the way in which Nightmares On Wax have calmly cultivated and refined their sound over a number of decades. Whilst radical redevelopment is not Evelyn’s forte, he has the command of a style that is instantly recognisable as his own; one which continues to hold familiar pleasures in 2019. Building on the underground success of Carboot Soul he has continued to explore and re-contextualise old sounds, such as reggae, soul, and psychedelia, pushing them into the 21st century on albums like In A Space Outta Sound, in a way that feels logical and natural. Reaching across the generations, he has worked with veterans such as De La Soul, and relative newcomers such as Andrew Ashong and Jordan Rakei, alike. His longstanding relationship with Warp remains strong, even as the label has pushed far beyond its roots in dance music, becoming an institution that accommodates a broad range of alternative culture.

20 years later, age has never felt less important when listening to Carboot Soul. The internet has rendered the historical order of music largely irrelevant – new sounds rub against old sounds in a way that is disorienting yet exciting in its endless permutations. The album captures several evocative time periods – the psychedelia of the ‘70s, the boldness of ‘80s hiphop, and the faded reverie of the late ‘90s British music scene – yet ends up creating a whole new temporal zone of its own. Achieving this with a such a naturalistic ease is no mean feat, but Nightmares On Wax has proven its possibility time and time again.