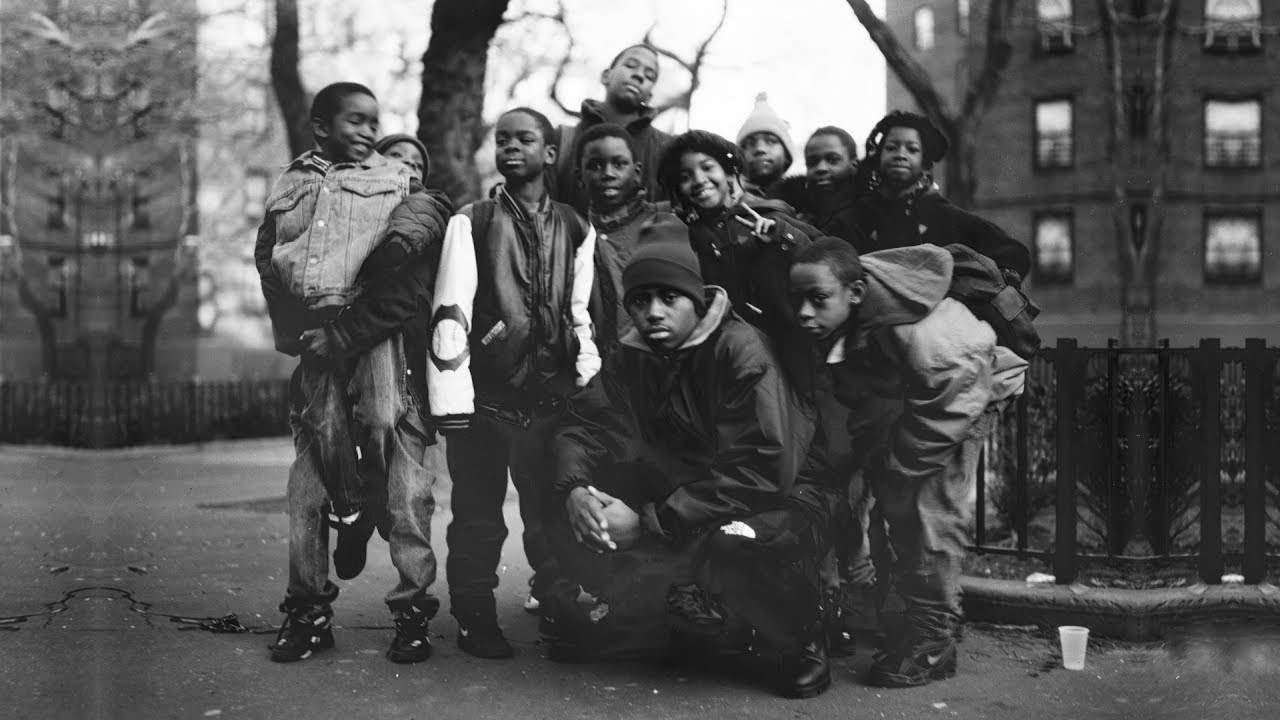 Life in Queensbridge, NY, was always going to be the beating heart of Illmatic. Although still in his late teens, Nas had already experienced more than his fair share of traumatic, life-changing events. The most major blow had come on the night of May 23rd 1992, when his best friend Ill Will was shot dead. Nas has described the altercation, which also saw his brother suffer a bullet wound, as “a wake up call”, and Will’s name appears throughout Illmatic; a lingering shadow of almost every experience the MC recalls. By the mid ‘90s the juggernaut of the crack trade had withered considerably, but the violent wounds and social ramifications of the epidemic would haunt deprived areas across the country for years to come. 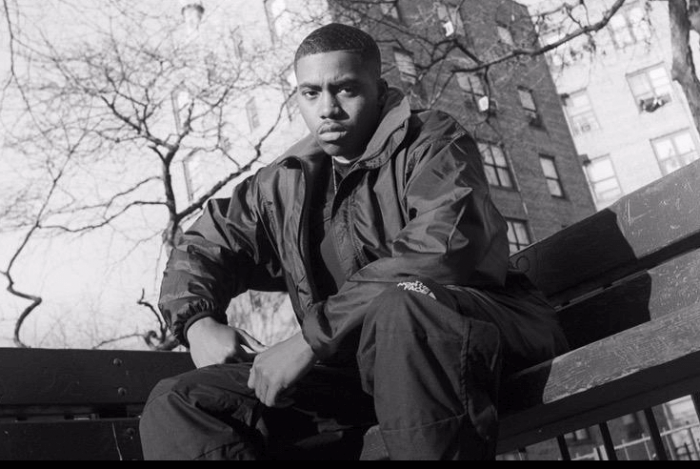 Understandably, Illmatic is an album that struggles between optimism and nihilism, as Nas strives to realise his world-beating ambitions in the midst of conflict and deprivation. Far from allowing teenage angst to overwhelm him, the rapper is often alarmingly cool headed and pragmatic, even when cold despondency seeps in through the cracks. ‘Life’s A Bitch’, the most explicit example of this fatal apathy, distills the essence of his “fuck the world” attitude, which has since become the cornerstone of hiphop’s resilient stance. Featuring the album’s sole guest verse from fellow up-and-comer AZ, the song revolves around mantras such as “Fuck who’s the baddest / A person’s status depends on salary”, which seek to cut through the bullshit of everyday life and penetrate a new state of clarity. Besides the twisted, carpe diem sloganeering of the iconic hook, Nas champions resourcefulness and perseverance: “I switched my motto; instead of sayin’, “fuck tomorrow!” / That buck that bought a bottle could’ve struck the lotto.”

Nas commands the technical and poetic complexity to make this troubled, underdog worldview endlessly fascinating. Preceded by the albums of Gil Scott Heron and Nikki Giovanni, his lyrical style, which incorporates advanced techniques such as multisyllabic and internal rhyming, colours the streets of New York with the vivid detail of a Scorsese film. On the paranoid ’N.Y State Of Mind’, threats lurk on every rooftop, park bench, and street corner; each block a maze. Yet the young MC remains stoic, picturing himself as the archetypal anti-hero, on par with Scarface and Capone, revelling in hiphop’s wild west myth-making powers. Stray embers of weakness are snuffed out instantly – life is parallel to hell and sleep is the cousin of death. 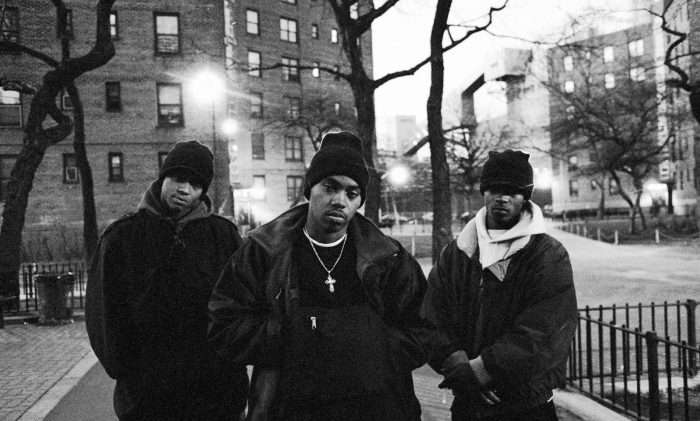 Violence – both literal and metaphorical – is inextricably woven into the DNA of Illmatic, not through choice, but necessity; a second language that is absorbed from a young age. Unsurprisingly after the death of his friend, Nas is often deeply critical of brutality, citing moments where violence fuels masculine vanity. As a result several of his friends were incarcerated for violent and drug related offences, a subject explored on one of Illmatic’s most harrowing and touching moments, ‘One Love.’ The song, written in the style of a letter to his absent peers, resembles the emotional unloading of a therapy session, as Nas recites moments of tragedy and betrayal to his silent counterparts.

Streamlined and austere with almost no other featured MCs, Illmatic’s 10 track, thirty-nine minute runtime, placed a remarkable level of confidence in Nas and his ability to hold an audience’s attention. Initially, at least, Illmatic failed to reach the commercial heights that many had hoped; its lead single, ‘Halftime’ only managed a high of number eight on the Hot Rap chart, whilst, almost unbelievably now, ‘Life’s A Bitch’ failed to chart at all. After peaking at number twelve on the Billboard chart, initial albums sales faltered, too. It was only after two years that the album achieved Gold status in ’96, and later turned Platinum in 2001. 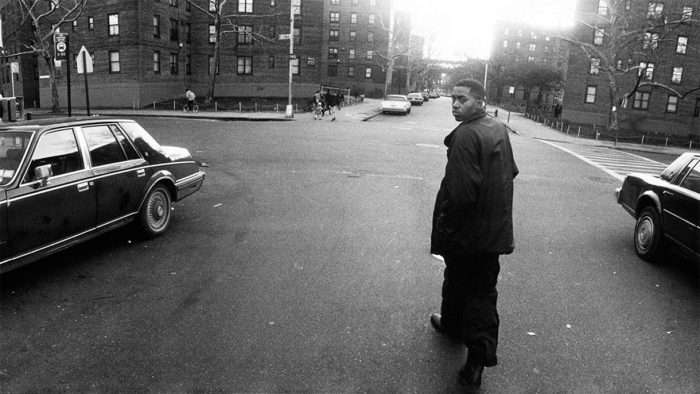 But the true impact of Illmatic is felt within the fabric of hiphop itself – confirmed by its glowing Five Mic review in hiphop powerhouse, The Source. Alongside albums such as Enter The Wu-Tang, Enta Da Stage, and The Sun Rises In The East, Nas’s dark and gritty debut helped shift the New York sound away from the playful atmosphere of alternative groups like a Tribe Called Quest, towards the brooding hardcore style of Mobb Deep, Big L, Jay Z, Biggie Smalls, and countless others. Albums such as Reasonable Doubt and Ready To Die expanded on the nihilistic, anti-hero aspects of Illmatic, following its mantra to forge the mythologies of Jay and Smalls respectively. Mobb Deep’s ’95 classic, The Infamous, continued a Queensbridge resurgence that saw the borough briefly return to its former glory days, whilst New York once again demanded attention on the national stage, drawing focus away from the all-powerful G-Funk style of the West Coast. Lyricism and poetic imagination were once again considered a tenet of hiphop’s artistic value, with real-life experience and authenticity treasured as a vital aspect of a great MC.

Although hiphop’s landscape has changed dramatically since its release, Illmatic remains an eternal classic, and for many the finest rap album of all time. For better or worse it has defined the three decades of Nas’s career, during which he has retained his status as one of the world’s finest lyricists but struggled to create a follow-up that recaptures the impossibly high achievements of his incredible debut. As an album so evocative of a specific time, place and point of view, it’s unlikely that its ephemeral energy could ever be replicated. But to listen back, twenty-five years later, is to be thrust right back into the shoes of a troubled and talented teenager with the world at his feet. Achieving this with such visceral tactility, Illmatic is truly an album like no other.