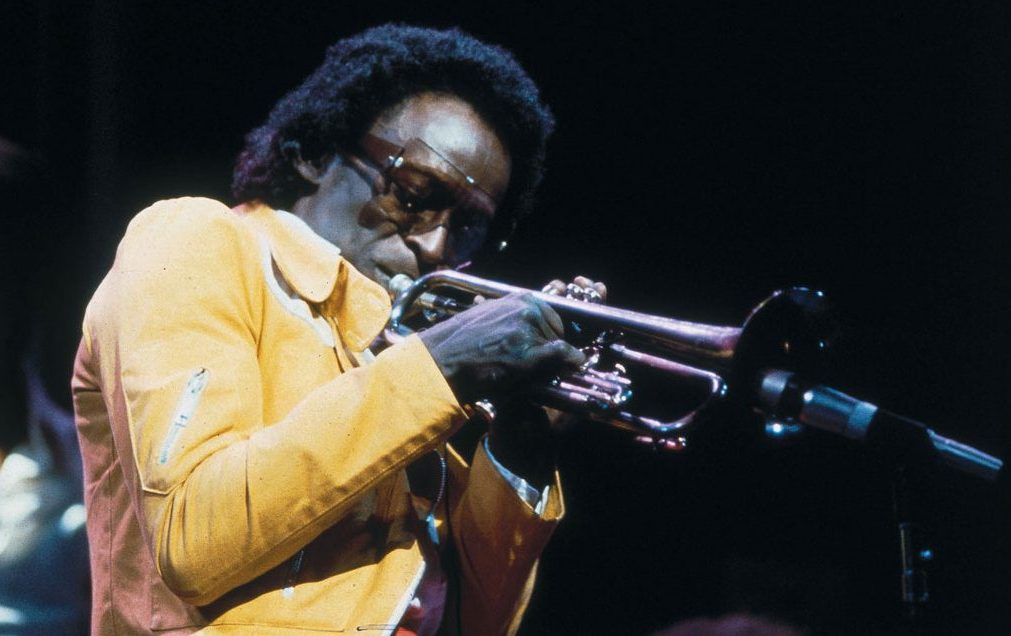 In A Silent Way, released in 1969, marked a transitional moment, not only in Miles Davis’s career but in the future development of jazz as a whole. Considered by many to be the first fusion recording, it also commenced the composer’s most divisive phase – commonly referred to as his “Electric Period”. This groundbreaking album would test latent tensions surrounding the future identity of jazz, its relationship with new technology, and the questions of authenticity which these contentious issues would draw into focus. 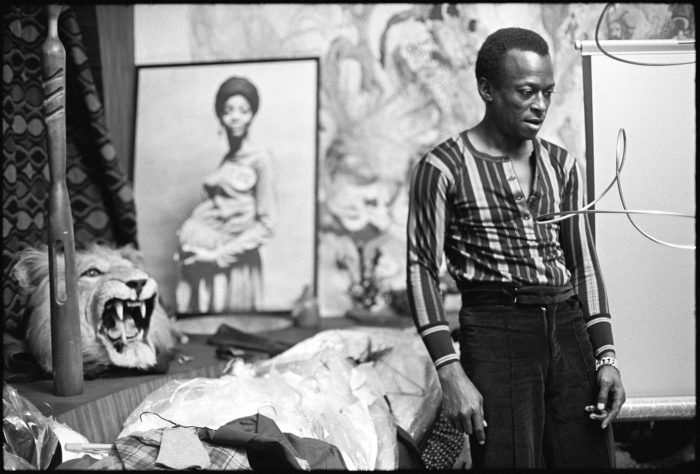 By the late ‘60s, whilst Davis was no longer the young, hip savant that he once was, his new relationship with the youthful singer Betty Maybry had renewed the composer’s interest in the contemporary pop landscape. Introducing him to the likes of The Jimi Hendrix Experience and Sly Stone, Maybry (alongside recommendations from Williams) would unknowingly guide the musician into one of the most distinctive and contentious eras of his work.

In A Silent Way would be the grand consummation of a plethora of fresh ideas, solidifying Davis’s new creative approach in a typically bold manner. To realise his vision he had assembled a team of fiercely talented musicians, enjoying a wide variety of options thanks to his strong industry connections. Having already cultivated a bond with Wayne Shorter, Hancock, and Williams, via his second quintet, Davis also reached out to the rising young bass player Dave Holland, whose band he had seen opening for Bill Evans whilst in England. Following a recommendation from Williams, Davis also tracked down Boston’s Chick Corea, a keyboardist who would later become immersed in the avant-garde jazz scene, after beginning his career in the early ‘60s with the likes of Stan Getz and Herbie Mann. Austrian keyboardist Josef Zawinul, and British guitarist John McLaughlin, were also asked to participate after just a few weeks in the states since joining The Tony Williams Lifetime band. 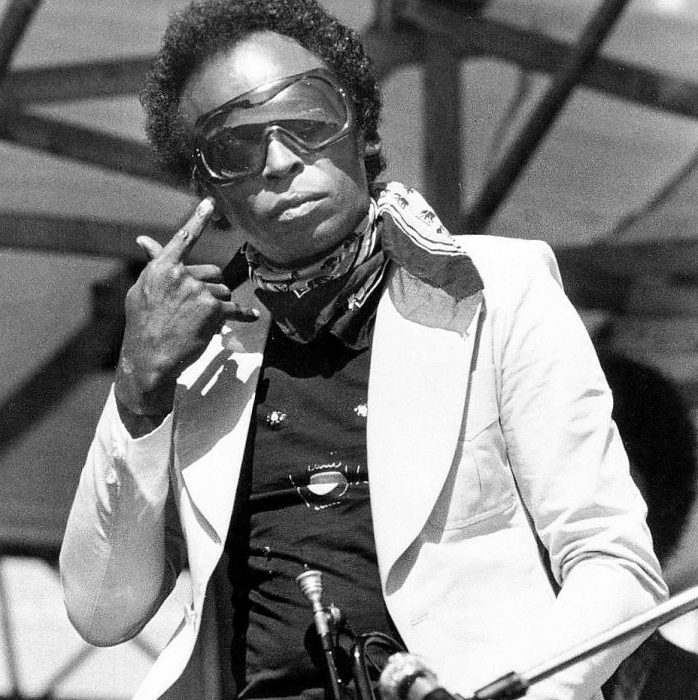 Taking place on February 18, 1969, at the CBS 30th Street Studio in New York City, the single recording session that would capture In A Silent Way lasted a mere three hours. As Hancock recalls, “He knew that it was about risk taking, and encouraging the musician to capture the moment, how you’re feeling in that moment, and having the daring and conviction to go for it, even if you don’t make it.”

The presence of electric keyboards such as the Fender Rhodes, which Miles was now using almost exclusively in the studio to compose and record also shifted the group’s approach to the music. Hancock remembers that, “Miles began stacking several keyboards on a track. We might have two or three keyboardists going. And we’d all try to go somewhere, play some ornaments that would add a different element to everything else that was going on.” Davis encouraged unconventionality from his players, reportedly telling McLaughlin to play as if he had never used a guitar before. But he was also keen to emphasise the panoramic scope and languorous pace he desired, willing his musicians to play in a considered, minimal, yet unrestrained style, often suggesting how melodies should be played, and for how long.

Davis’s increasingly fragmented approach to composition was applied to both his own ideas and those of his collaborators. The album’s A side, ‘Shh / Peaceful’, used the Sonata form Davis had explored in previous work to create an understated sense of tension and relief, giving the piece it’s distinctive cyclical character and binding its contrasting segments together into a cohesive whole. Producer Teo Macero, with whom Davis had worked on Kind of Blue, Porgy and Bess, and Sketches of Spain, was a hugely influential presence, utilising his studio editing expertise to weld together the multiple recording takes that would make up each side of the album. His mixing innovations heightened the role of the producer in jazz composition; his relationship with Davis has since been likened to that between George Martin and The Beatles. 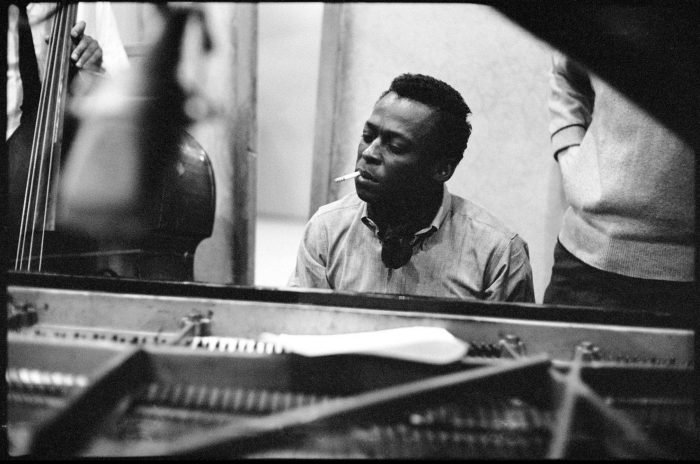 The album’s second half begins and ends with a composition previously created by Josef Zawinul, titled by his collaborator Julian “Cannonball” Adderley whilst the pair were in the same band. Giving the album its title, ‘In A Silent Way’ dwells in an introspective atmosphere, commencing and concluding the piece in a misty haze of sustained chords and plaintively melodic trumpet. Taking the original composition as a jumping-off point, Davis endeavoured to follow a rock-oriented approach in his reinterpretation, stripping out chords that he felt were unnecessary or disrupted the song’s cool liquid flow.

In A Silent Way’s release marked the beginning of a whole new era; not only in jazz but the wider popular music industry as a whole. Synthesising an array of creative techniques and forward-facing musical ideas from rock, jazz, orchestral, and electronic music, it created a blueprint which the composer would soon detail further on his outstanding 1970 follow-up, Bitches Brew. Described as “proto-ambient”, In A Silent Way also reimagined the listener’s relationship with music, predicting how future generations would utilise sound to establish subtle aural atmospheres, years ahead of the likes of Brian Eno and Harold Budd. 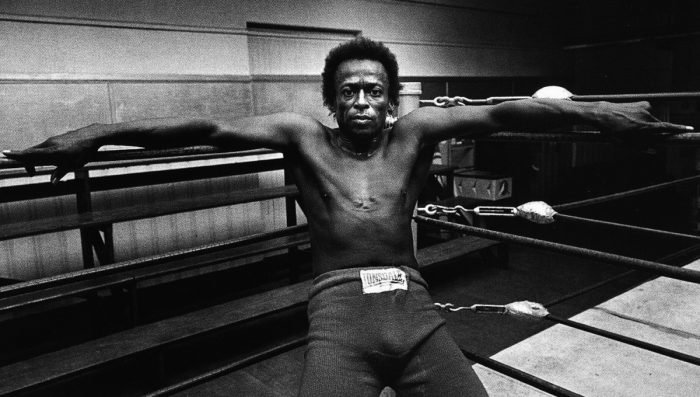 This doesn’t mean the album didn’t meet its fair share of resistance. Often dismissed as heretical and antithetical to the organic and spontaneous ideals of jazz, Teo Macero’s process of editing several recordings into one composition was met with particular scorn. Notably the critical divide ruptured between rock and jazz critics; the former pleased by Davis’s psychedelic approach which seemed to reinforce their worldview as part of a music press then growing in prominence, the latter no doubt feeling a sense of betrayal as Davis moved beyond the established boundaries of an industry that was suffering a decline in mainstream popularity.

In A Silent Way was not just an album, but an existential crisis. In its stubborn resistance to established genre labelling it provoked both paranoia and excitement about the future, foreshadowing a decade which would bring yet more innovation and tribalism within popular music. But listen close enough and you’ll hear the album’s influence within a plethora of styles, from avant-garde electronic dance music to chart-climbing pop, ushering in our new fascination with technology and it’s invaluable creative contribution.