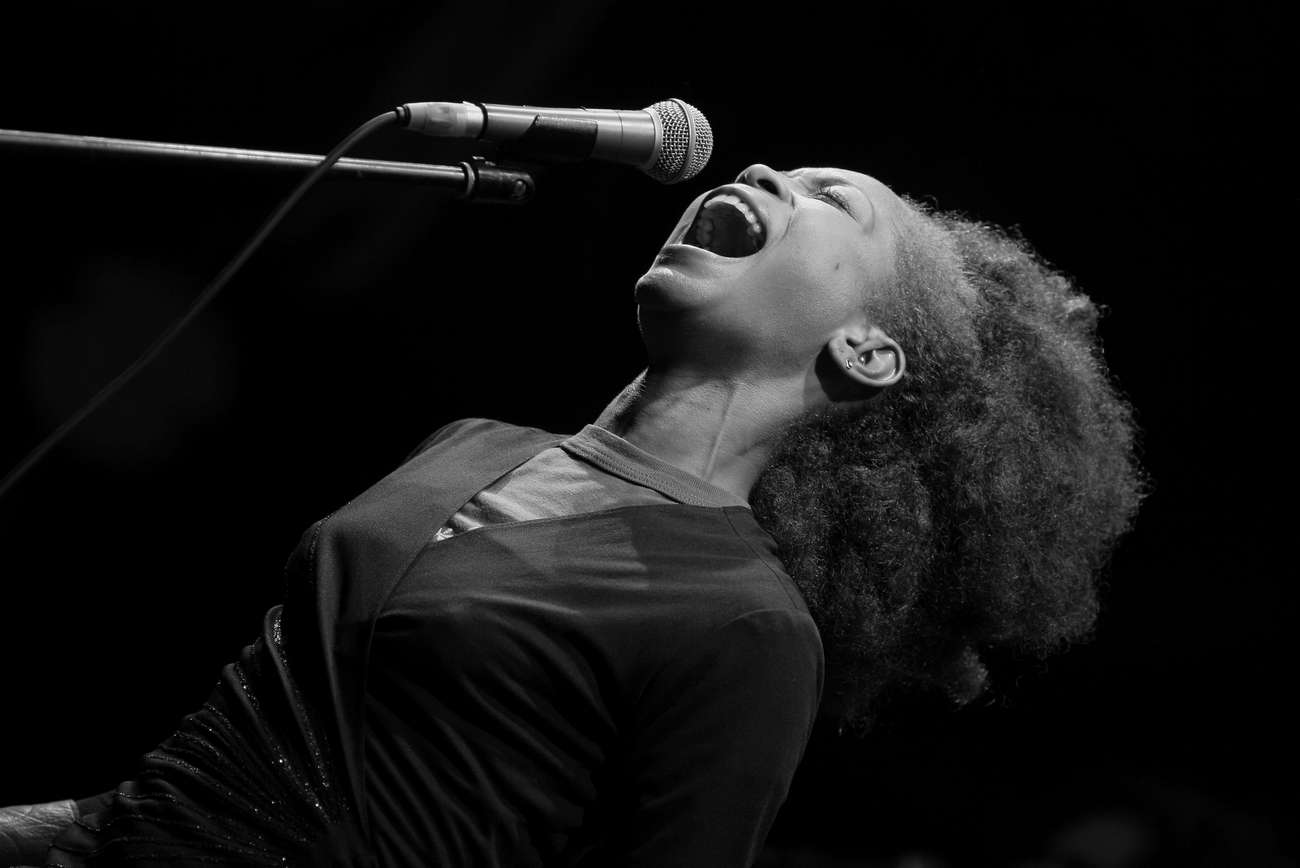 The songs Erykah Badu had written for her second album, Mama’s Gun, signified a major thematic development in her music and an increasingly self-assured outlook in her personal life. Around midway through the writing process her romantic relationship with Andre 3000 collapsed, encouraging a great deal of self-reflection and rumination on what it means to be both a single black mother and a successful artist. There is remarkably little vitriol in her lyrics however, which explore the beauty and complexity of love and heartbreak on songs such as ‘Orange Moon’, ‘In Love With You’ and the particularly impressive ‘Green Eyes’ which illuminates the feelings of jealousy, insecurity, and denial which plague her dwindling relationship. The song ends with a clear perspective on the doomed nature of their love, yet acknowledges the “growing pains” which will haunt the years to come.

Elsewhere Badu paints a broader picture beyond the confines of her love life, diagnosing instead the state of society and the complex experience of African-Americans within it. On the opening track, ‘Penitentiary Philosophy’, she expresses an underlying rage that seems to percolate beneath much of her work, lamenting the struggles of those around her who can only scrape together a living amidst the chaotic and competitive nature of a world which discourages unity. Aesthetically the song is a far cry from the low-slung ballads of her debut album, Baduizm, infused with a furious energy that draws from the soulful rock of Hendrix and Prince. On ‘A.D 2000’ she crafts an homage to Amadou Diallo, an unarmed 23-year old immigrant shot dead outside his apartment building in 1999 by four NYPD officers after reportedly being mistaken for a rape suspect. Badu delivers the desperately sad lines “You won’t be naming no buildings after me / My name will be misstated, surely” with a tender, melodious tone that soothed a rightfully outraged public. Whilst she had become far more direct in her lyrics, throughout Mama’s Gun her razor-sharp poetic commentary remains a vital undercurrent. 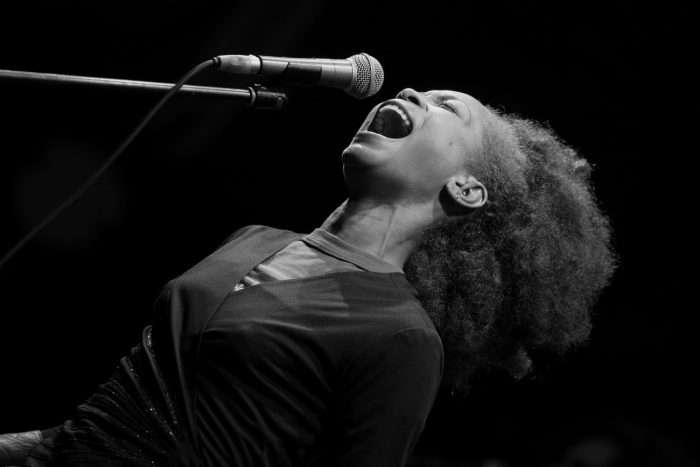 Badu’s musical aesthetic had also shifted, moulding itself to the laid-back, jazz-infused nature of the Electric Lady’s Soulquarian residents. Recorded simultaneously with D’Angelo’s Voodoo and Common’s Like Water For Chocolate, Mama’s Gun was woven from the same stylistic threads that would span many future neo-soul classics. Producer Russell Elevado restricted the recording equipment to purely vintage hardware and microphones, ensuring a warm and organic sound that adhered to the languorous performance styles of musicians such as drummer Questlove and pianist James Poyser. On songs such as ‘…& On’ and ‘Cleva’ her breezy, free-wheeling nature manifests itself in a sound that seems to play with time, the music dripping out of the speakers like honey from a spoon. The percussion, bass, and piano conspire on these tracks to create syncopated grooves with deep pockets to fill, whilst Badu shifts between staccato and glissando rhythms with trademark elasticity.

Also hitting his stride, hiphop genius J. Dilla had a particularly strong influence on several of the album’s tracks thanks to his keen sample-spotting abilities. Whilst producing tracks such as the Rick James sampling ‘Dooinit’ for Common he also helped craft ‘Didn’t Cha Know’, Mama’s Gun’s second single, by flipping the psychedelic bass hook of Trika Blue’s ‘Dreamflower’ to create the building blocks of Badu’s free-flowing vocal interpretation. Despite being only a minor chart hit the song earned her another Grammy nomination for Best R&B Song in 2001. Dilla was also involved in the production process of ‘Cleva’, another quintessential Badu song that captured the effortless charisma of her sound. Roy Ayers is also featured, offering up the sound of his iconic vibraphone to the next generation of funk and soul. 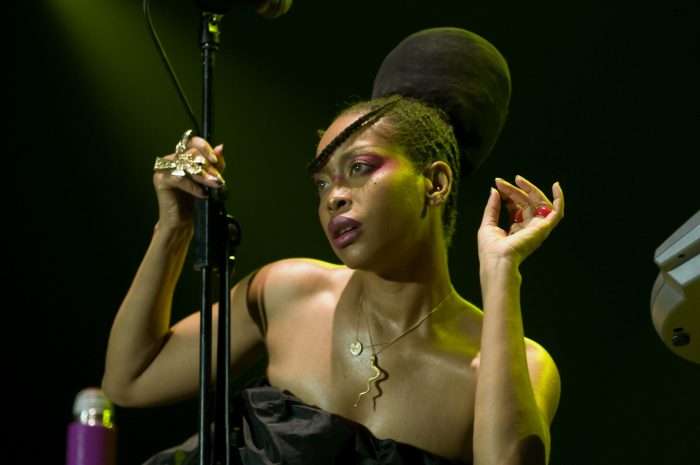 Mama’s Gun confirmed the promises made by Baduizm and would come to be known as one of the definitive albums of the neo-soul era alongside Voodoo, The Miseducation of Lauryn Hill, Alicia Keys’ Songs in A Minor, and Maxwell’s Urban Hang Suite. As with many masterpieces contemporary critical reaction was somewhat muted, as reviewers such as Robert Christgau admonished its supposed “ reactionary pseudo-sophistication”, and consumers failed to support the album as much as they had her debut. By the time Badu was on tour however the tide began to turn as fans warmed to the increasingly complex songs and cheered back the words with reassuring passion. It set the template for a provocative career, which has seen her settle on the fringes of modern soul, not afraid to infuse her music with bold political and social subject matter at the expense of wider commercial attention. Nonetheless Mama’s Gun is revered by a generation that includes musicians such as Solange, Janelle Monae, Mahalia, and Jorja Smith – each of whom find a similar balance between 20th century afrocentrism and up to date, stylish r’n’b. Its alchemical creation in the heart of Jimi Hendrix’s studio will remain a source of legend for decades to come and a beacon of just what inspired musical collaboration can achieve.

Extended Play in Delaware (Behind The Counter USA Episode 10/12)