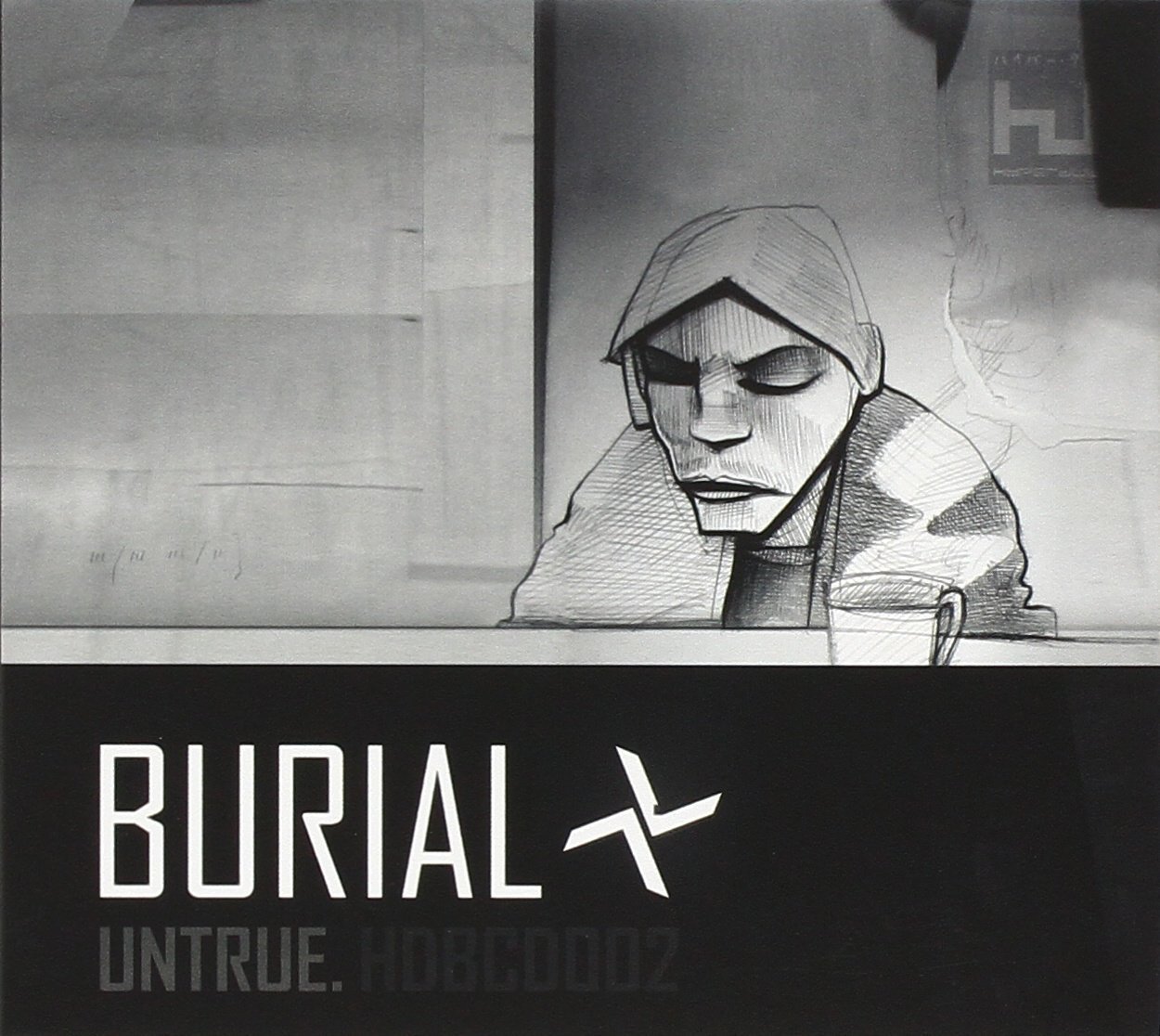 What more is there to be said about an album dubbed one of the most important records of this century so far? As we explored at our recent listening event, Burial’s landmark Untrue shifted the musical landscape, compelling listeners to reevaluate their relationship with dance music in the modern age and encouraging introspective reflections on notions of loneliness, community and memory. Whilst you could argue Will Bevan’s sound has become codified and imitated almost to the point of cliché, it’s the way in which his sound has pollinated and mutated in the minds of fellow electronic musicians that may serve as the biggest testament to his impact. 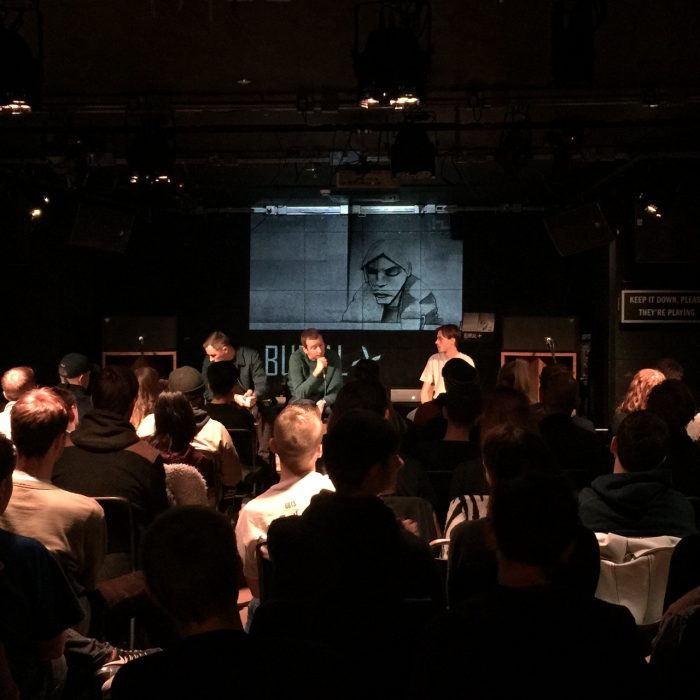 Below, we take a look at the legacy of Untrue in five records, by artists who each, in someway, have absorbed and re-shaped elements of Burial’s timeless sound, and, in turn, are pushing forward with new and exciting innovations of their own.

Both Letta’s personal story and his music resonate with themes espoused by Burial. A self-confessed “ex-junkie” he describes his music as “…fragmented in the sense that I’m trying to create a story from blurry memories and faces I can’t even remember anymore.” Having spent time on LA’s Skid Row, it’s clear that Letta’s music works to interpret and process the grim realities of homelessness, substance abuse and abandonment via all the emotions inflicted in these situations.

As a result, the music on his second album, Redemeption, is chillingly spectral, yet shot through with a sense of hope and energy that no doubt propelled the producer towards recovery. Morose feelings are channelled and reconfigured through grime, hip-hop, synth-experiments and moody dance-floor workouts, in a way that wholly echoes the hauntology of Burial’s Untrue.

If Burial made slow jams, they’d probably sound something like this. Lapalux is a master of downcast woozy pop-songwriting, and his 2013 album Nostalchic exemplifies these skills. Part psychedelic beat-science, part mutant R&B odyssey, it’s hard to place this music in a box, and it’s all the better for it.

While Lapalux arguably takes in more influence from across the Atlantic (he’s signed to Flying Lotus’s Brainfeeder label), like Burial he’s capable of imbuing his songs with a romantic melancholia that’s hard to pinpoint. Rather than reflect on the death of rave, however, Lapalux seems to revel in the haziness of the present; the channel-hopping, feed-scrolling age of impermanence and perpetual loss that’s arguably scarier than the fading of the past.

Mr. Mitch broke through as part of a wave of producers in the early ‘10s exploring the outer boundaries of instrumental grime. Emerging from the milieu surrounding club-nights such as Boxed, and labels such as his own Gobstopper, his music almost banishes the masculine bravado of grime, supplanting it with a deft grasp of emotional songwriting which tugs at the heartstrings and plays with the mind.

Parallel Memories triumphantly explores the sadness which lies at the core of grime – inner-city neglect and emotional trauma once channelled into 8 bars of fury are instead expressed via weeping square-wave synths, moaning vocal refrains and skeletal rhythmic frameworks. Rather than replacing the macho-energy of grime, however, Mr. Mitch’s work acts as a mirror dimension – an alternative way of expressing the same feelings of frustration, anger and loneliness that have defined some of the century’s best music so far.

“Vocal Science” – a technique of syllabic vocal deconstruction with a long history in UK dance music – was reincarnated with brilliant effect in the music of Visionist, who emerged at a particularly fertile moment in club music experimentalism. In Louis Carnell’s hands, sensuous fragments of Destiny’s Child become haunted ghouls floating across vast abstract plains, not so much echoes as purgatory cries. Visionist picks up on the yearning of Burial’s somber vocal samples, breaks them down, and reconstructs them into his own wandering melodic patterns.

On Safe, the producer explores the contours of his own mental health, seeking to express the realities of living with anxiety, depression and other life-hindering disorders. Whilst at times starkly austere and deeply moving, there’s a beauty to the way in which Carnell has repurposed these lovelorn R&B fragments to express, and work through, the unspeakable. As he aptly states, “It’s a sound representation of an anxiety attack, from having that one thought and that thought turning into multiple thoughts, and finding yourself having an attack, and then coming out of that and managing to relax again.”

It’s safe to say ‘XE2’ touched a nerve when it was released to rapturous response back in 2013. Something about the tumbling, icy synth hook and the angelic, pitched-up vocal samples stirred up feelings of both ecstatic euphoria and unshakeable pain in a manner which can certainly be traced back to Untrue. A fellow video-game fanatic (the name Mssingno comes from a glitch found in Pokémon), the producer nailed a sound that managed to be both nostalgic, forward-facing and completely transcendent all at once.

More so Mssingno seems capable of twisting the sexual energy of R&B into something guilt-ridden, regretful and bitter-sweet. ‘Skeezers’ rolls it’s Rihanna sample into an endless recycling of erotica, a locked groove of physical pleasure which becomes both habitual and addictive. His music hits hard, too. Harnessing the energy of then-current club sounds in the same way that Burial weaponised the ghosts of clubs-past to such devastating effect. Both producers share that secret ingredient which eludes so many musicians.

Check out the full interview from our event with Boiler Room and special guests Benji B and Blackdown discussing Burial’s ‘Untrue’.

Read More: The Legacy Of Arthur Russell In Five Records