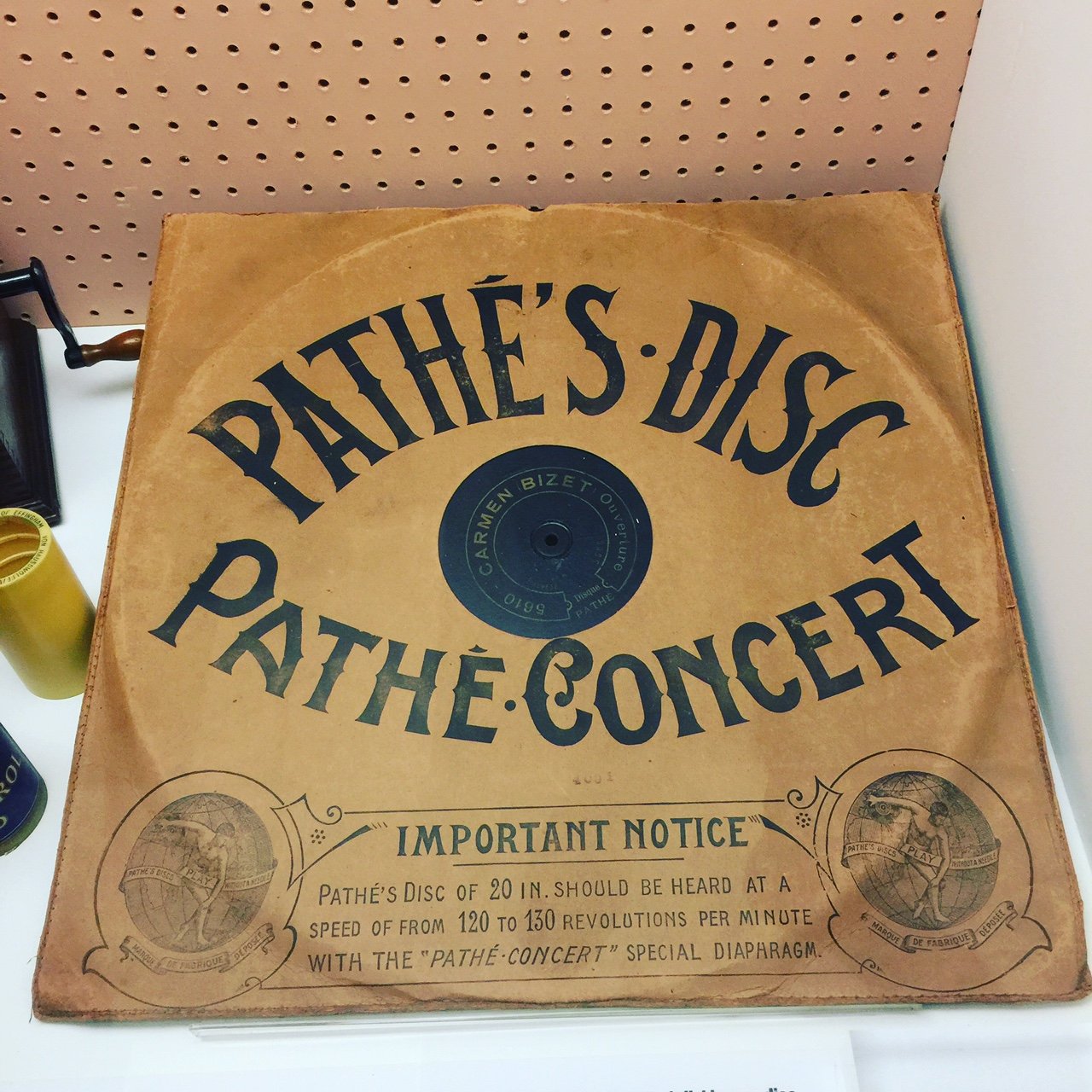 2. ‘Record stamps’ that play the Royal Bhutan Anthem and Bhutan folk songs from 1972

3. A wieldy 20-inch Pathé disc that required a special player from France in 1910.

5. ‘I Am a Parrot’ children’s educational disc from Emerson Phonograph Company 1918

6. A picture disc of the Otipep Gipsy Orchestra on Saturn, UK 1950 produced by clear plastic over paper and shellac.

7. Voice Records were sent as postcards and were all the rage in Britain in the 1950’s

The British Library is celebrating 140 years of recorded sound with a free exhibition that aims to reveal the significance of sound since the phonograph was invented in 1877 and the importance of sounds in our lives. It tells the story of sound recording and explores the importance of sound in capturing history, how radio transformed society in the 20th century and how the way we listen has changed as new technologies have emerged and old ones become obselete.

The Season of Sound exhibition features items from the British Library’s rarely-seen collection of players and recorders and weird and wonderful artefacts such as the vinyl record postage stamps from Bhutan, ‘bone music’ made from discarded x-rays and the ‘voice records’ that were the rage in the 1950’s. There is also a special commissioned audio installation by composer Aleks Kolkowski and a timeline featuring the key moments in the history of recorded sound. The listening booths allow listeners to hear an eclectic mix of sounds from the archive including many rare and unpublished recordings.

[ Past ] Album of the Month Club