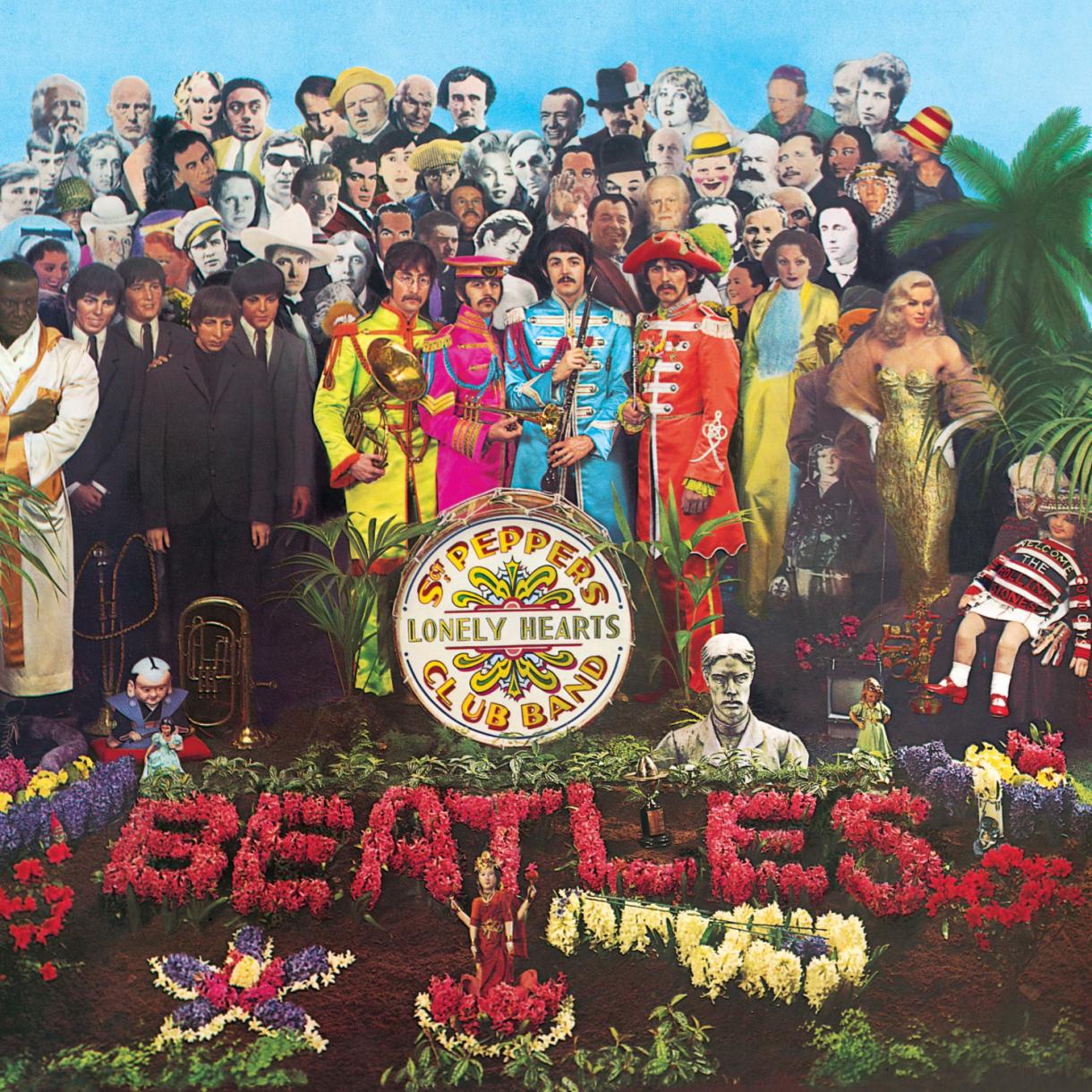 Read: The Art of the Album Part One

The Art of the Album Part Two

1966 was a pivotal year for the album. As I previously mentioned, aside from Sinatra, in the pop music world the album was more of a collection of disparate Top 40 singles with some filler, usually covers, thrown in to flesh it out. But in 1966, revolution was in the air and mind-expansion was in the Kool-Aid.

Three weeks before 1965 turned into 1966, The Beatles released Rubber Soul, a collection of brilliantly refined songs that showed the album format didn’t need to be a collection of singles sandwiched with filler.

But although songs like ‘Norwegian Wood’ showcased a more mature Beatles, it wasn’t necessarily seen by the record label executives as a cohesive album as two of the songs ‘Nowhere Man’ and ‘If I Needed Someone’ were not even included on the American release. 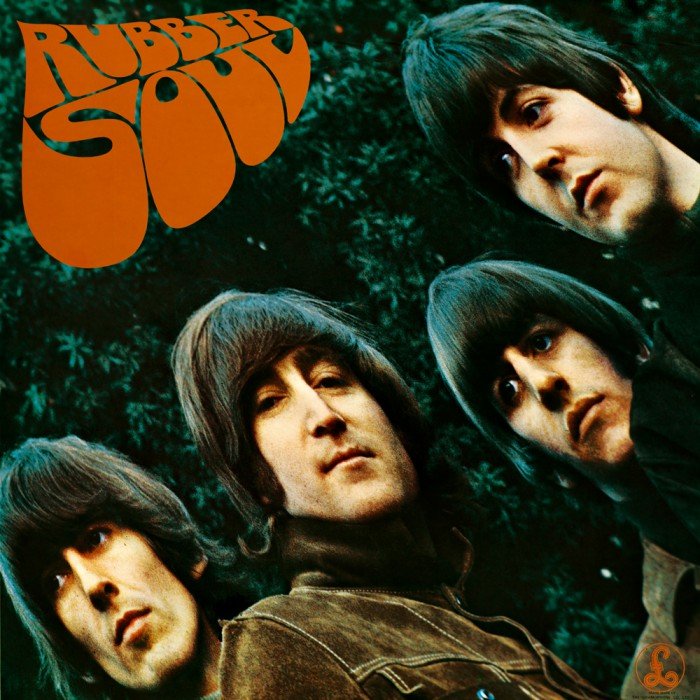 But Beach Boy Brian Wilson thought it was and later said, “I really wasn’t quite ready for the unity. It felt like it all belonged together. Rubber Soul was a collection of songs that somehow went together like no album ever made before, and I was very impressed.”

While his band went on tour, Wilson stayed behind and hunkered down in the studio to create the best album he could make. Like his idol Phil Spector he built up dense textures of sound using the electro-theremin, the harpsichord, glockenspiel and bicycle bells. And with Tony Asher he wrote poignant and often idealistically romantic songs about relationships and the loss of innocence. The ensuing album, 1966’s Pet Sounds, pitched the pop album forward. Pop music now had the opportunity to evolve and the expansive album format allowed for that growth. 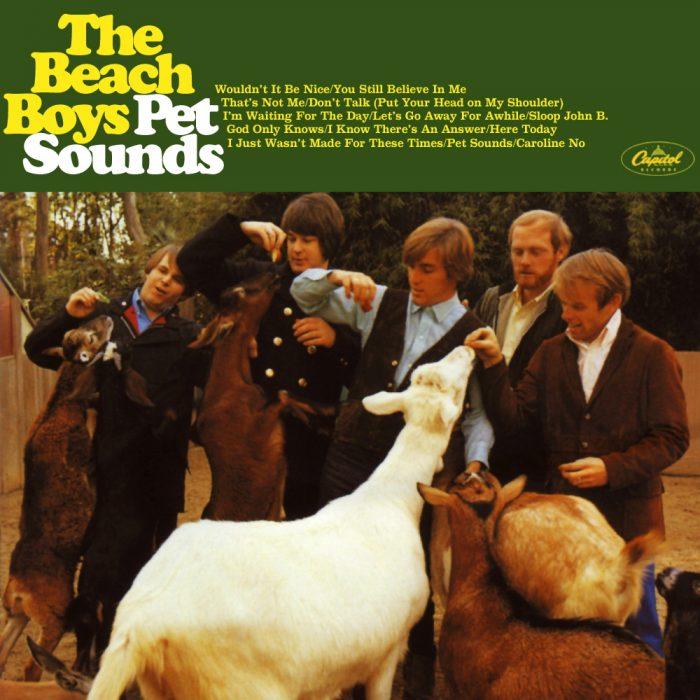 Hot on its heels, two more albums of great significance were released. Bob Dylan not only had a great understanding that any topic could be and should be put forth in pop music, but he also understood that the album format was more than a collection of singles. This is apparent as early as 1963 with his Freewheelin’ Bob Dylan album. Then in 1966 he released a double album, Blonde on Blonde, over the four sides of which he could truly stretch out his poetic vision.

Around the same time, The Mothers of Invention caught the record-buying public off guard with their album, Freak Out, in which frontman Frank Zappa lambasts American pop culture. Not only was the message a statement, but so was the medium, as it was the first double album released as a debut by a pop/rock act. 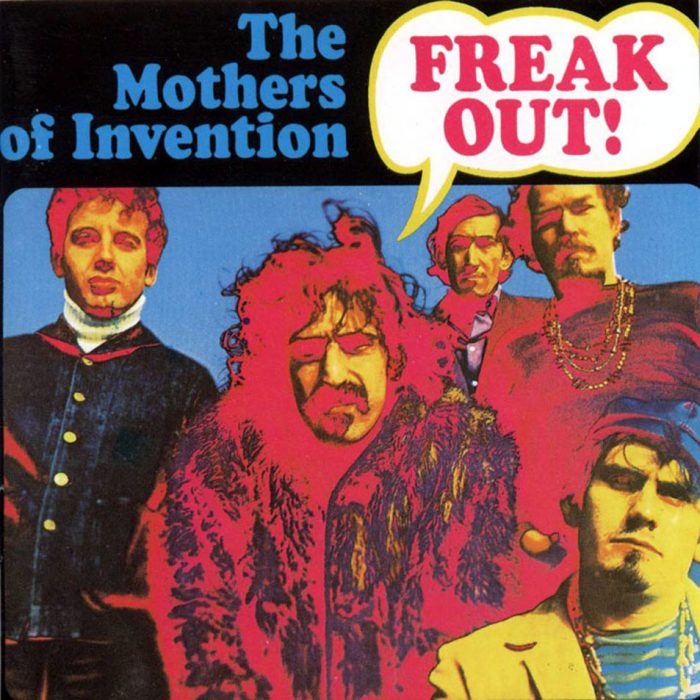 Later that summer The Beatles released Revolver, which brought the album yet another step closer to an art-form with its experimental production techniques such as back-masking, and its sophisticated arrangements on songs like “Eleanor Rigby”.

But it was their 1967 album, the one currently celebrating its 50th anniversary, which forever changed the album format and its relation to popular music.

Read More: The Effects of Digitisation on the Way We Listen to Music Today 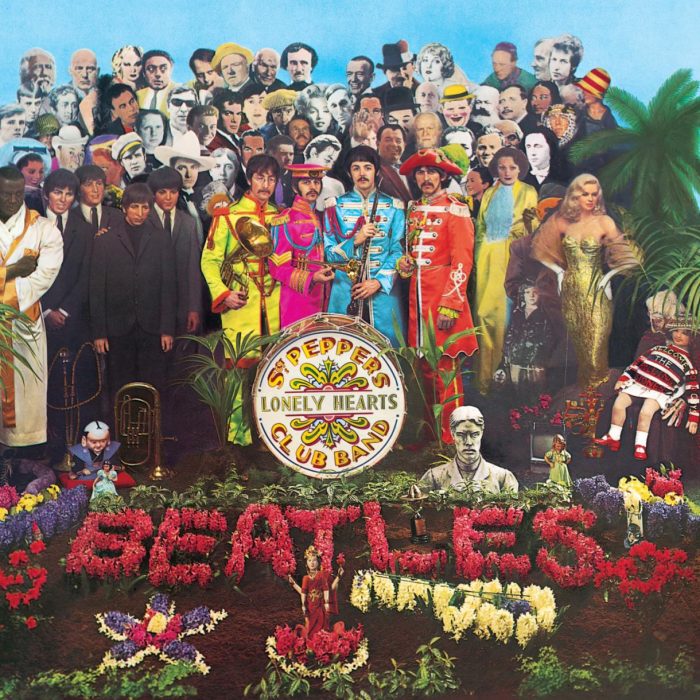 In 1966 The Beatles decided to stop touring for several reasons: they were finding it difficult to reproduce the complex sonic textures and arrangements found on some of Revolver’s songs in a live setting and as this was an era before large concert PA’s, they often couldn’t hear themselves play on the tinny little Tannoy system that could not be heard over the screaming of their fans. They had also stirred up quite a bit of controversy in The States when John Lennon said they were “more popular than Jesus”. They had had enough of touring, and of themselves as a teeny-bopper phenomenon. It was time to get even more serious.

They decided to put together an album that could tour for them, one that would blow their fans away on every level. As opposed to the £400 and 13 hours it took to record their debut LP four years earlier, the Beatles spent an unprecedented £50,000 and 129 days in the studio to create this landmark LP. They had Abbey Road studioes, engineer Geoff Emerick and their producer (and often considered the fifth Beatle) George Martin at their disposal and they used it to full advantage with a no-holds-barred approach setting a new standard in pop with more challenging songwriting, technologically advanced and often unusual production ideas on songs like “For The Benefit of Mr. Kite” and “A Day in The Life”. 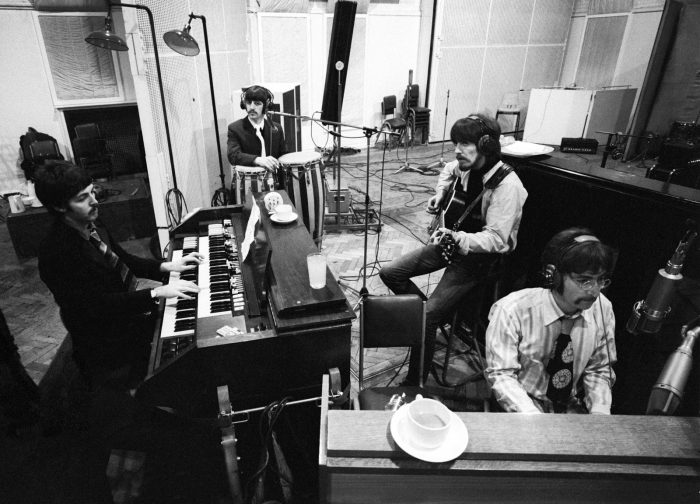 But it wasn’t just the material stored in the vinyl’s grooves that took the album to another level. It was also the physical and tactile aspects of its presentation: the gatefold sleeve and the cut-out inserts. It was also the first pop album with printed lyrics on the album artwork. 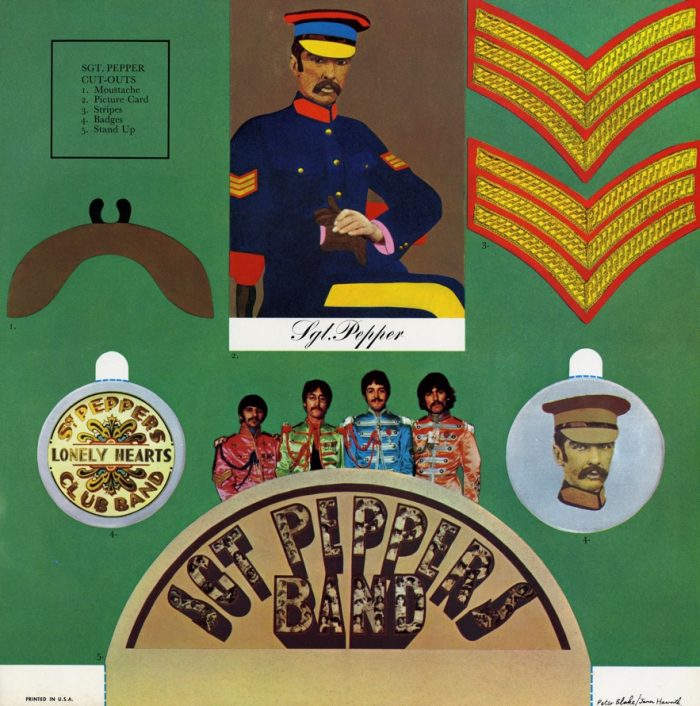 This in itself proclaimed their new album could be taken as seriously as literature. And they wanted the album cover to reflect the weightiness of the album’s content so they enlisted pop artists Peter Blake and Jann Haworth to create a cover also took an inordinate amount of time to put together. The fact that The Beatles posited other famous and important people alongside themselves on the front cover is an indication of how important they considered the music it held.

Sgt Pepper’s Lonely Hearts Club Band wasn’t a traditional album, but an experience that went far beyond just the aural. It was a multi-media statement and when it was released in June of 1967, its immediate impact was overwhelming. Everybody who was anybody heard it. Roger Waters remembers hearing it on the radio and “pulling over the car over into a lay-by and we sat and listened in this old beat-up Zephyr, just completely stunned.”

Sgt Pepper was the album that changed the relationship between pop and the album format, but it was not a concept album as it is often mistakenly labelled. Some of the songs had already been written before they had the idea to create an alter-ego pop group, and it is not as if the sequence of songs deliberately set out to tell a story.

But it was ground-breaking, and The Beatles inspired other acts to take full advantage of the album as a format for artistic expression that could revolve around the idea of a related theme, even if it wasn’t deliberate.

The Kinks Are The Village Green Preservation Society is an album where most of the songs are inspired by, the village green! But even though Sgt Pepper itself wasn’t a concept album, it did detonate an explosion of concept albums in its wake. 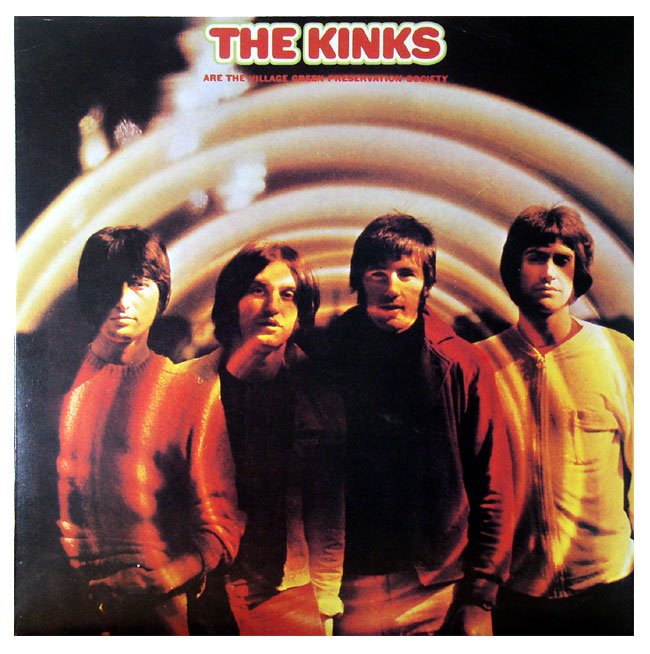 In my ears, a true concept album features a running narrative rather than a collection of thematically linked songs which I would consider to be more akin to a song cycle. Toward the end of 1967, The Moody Blues released Days of Future Passed, which has the distinction of being my first favourite album, and the story recounted the progression of a day, or a life, from beginning to end in sequence. In 1968, The Small Faces told the story of Happiness Stan’s journey to find the missing half of the moon over the course of the second side of their album Ogden’s Nut Gone Flake.

Later that year, The Pretty Things’ S.F. Sorrow relayed the life story of Sebastian F Sorrow from birth, to love, through war, madness and old age. It was the first rock opera. And of course, less than a year later, The Who released their ambitious rock opera based around the deaf, dumb and blind Tommy to a much wider audience. These were concept albums and were based around the development of a story. 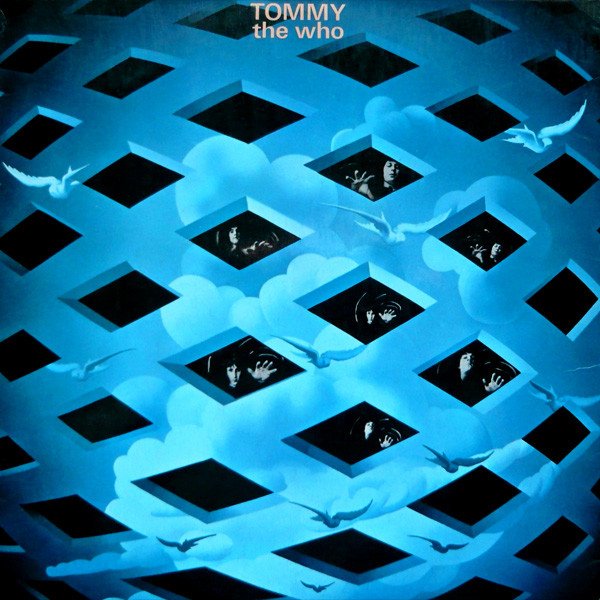 This shift of the album from a collection of disparate songs to an encompassing artistic statement was synonymous with another shift in how the artists perceived themselves. Like The Beatles, many groups were tired of the teeny-bopper rigmarole, the commercial machine for which they had to churn out singles every few months and sometimes two albums per year. This rushed the creative process, it put a price on it and it didn’t give them the opportunity to truly express their innermost thoughts and creative ambitions.

Another reason more serious-minded groups embraced the album format had to do with the proliferation of psychedelic drugs in the mid to late-Sixties. The mind-expanding effects of drugs like LSD encouraged musicians to stretch their creative scope with long-form compositions and improvisations. This new kaleidoscopic landscape was an environment in which artistic freedom and experimentation were encouraged, and this was even felt and absorbed by musicians who didn’t partake in the psychedelic sacrament, but who were stimulated by what could be called a contact high.

There were also technical aspects that reinforced the superiority of the album as an expressive format. Binaural sound was invented in 1931 by Alan Blumlein at EMI Studios (now known as Abbey Road), but it wasn’t until the late Fifties when a commercial LP finally offered two-channel stereophonic sound. However, it didn’t become a commercial standard until the late Sixties when the market offered an affordable magnetic cartridge able to play the new stereo recordings. Now artists, engineers and producers could enhance the music’s sonic depth and widen the spatial perspective that enhanced the drama of the recording. After a brief period during which LPs were offered in both mono and stereo, from 1968 onward and with a few exceptions, major labels released albums in stereo and singles in mono. 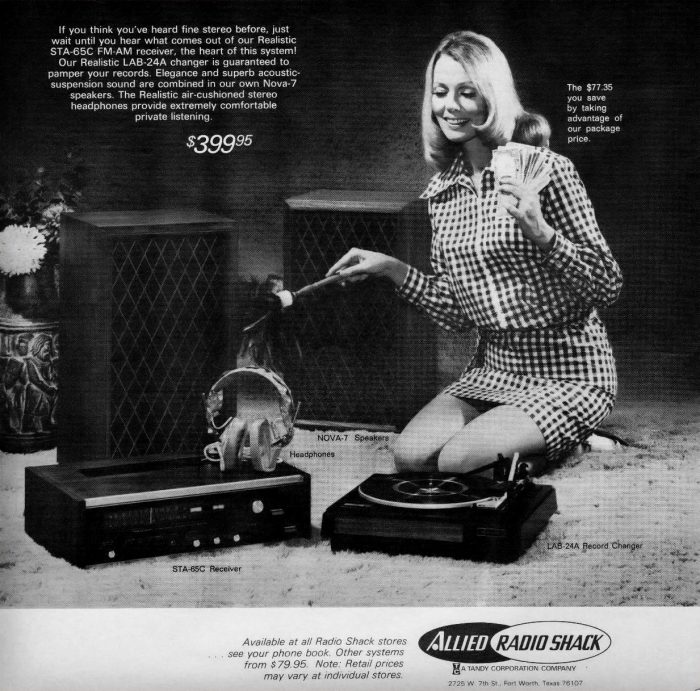 Radio also played a part in the rise of the album as pirate radio jocks on stations like Radio Luxembourg and Radio Caroline didn’t have to abide by BBC regulations and could choose the music they wanted to play which was sometimes an album cut rather than a single. The same thing happened in the USA, where the younger generation preferred to tune into stereo FM radio rather than mono AM radio. Intrepid radio DJs featured longer album cuts rather than edited-down singles, giving rise to the AOR or Album-Oriented Rock format in the Seventies.

Finally, for some wily record label execs and band managers, there were commercial motivations associated with the album format. Album profit margins were greater than those of the single. Led Zeppelin’s celebrated manager Peter Grant was particularly astute and he knew that British Led Zep fans would shell out the £1.99 for the band’s second album just for “Whole Lotta Love” which was not released as a single in the UK. And it sounded pretty darn good in stereo! 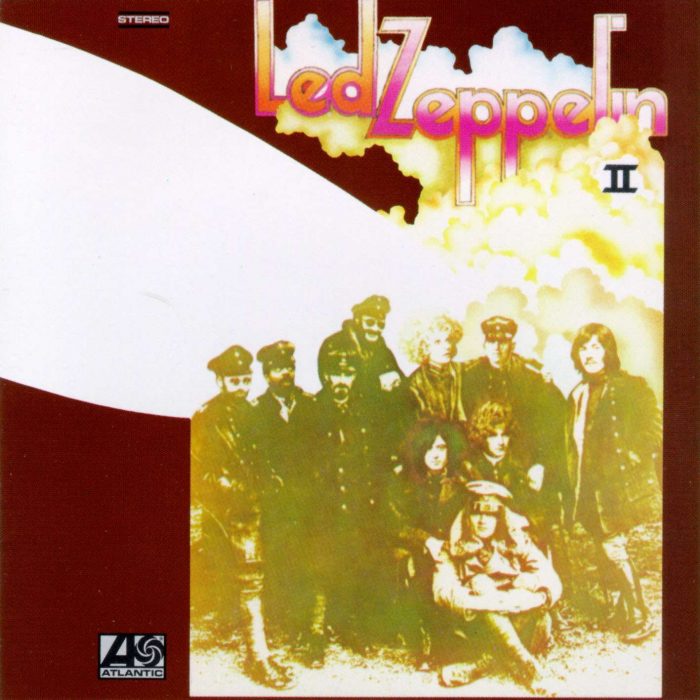 Read More: The Art of the Album: The Seventies as The Album’s Golden Era