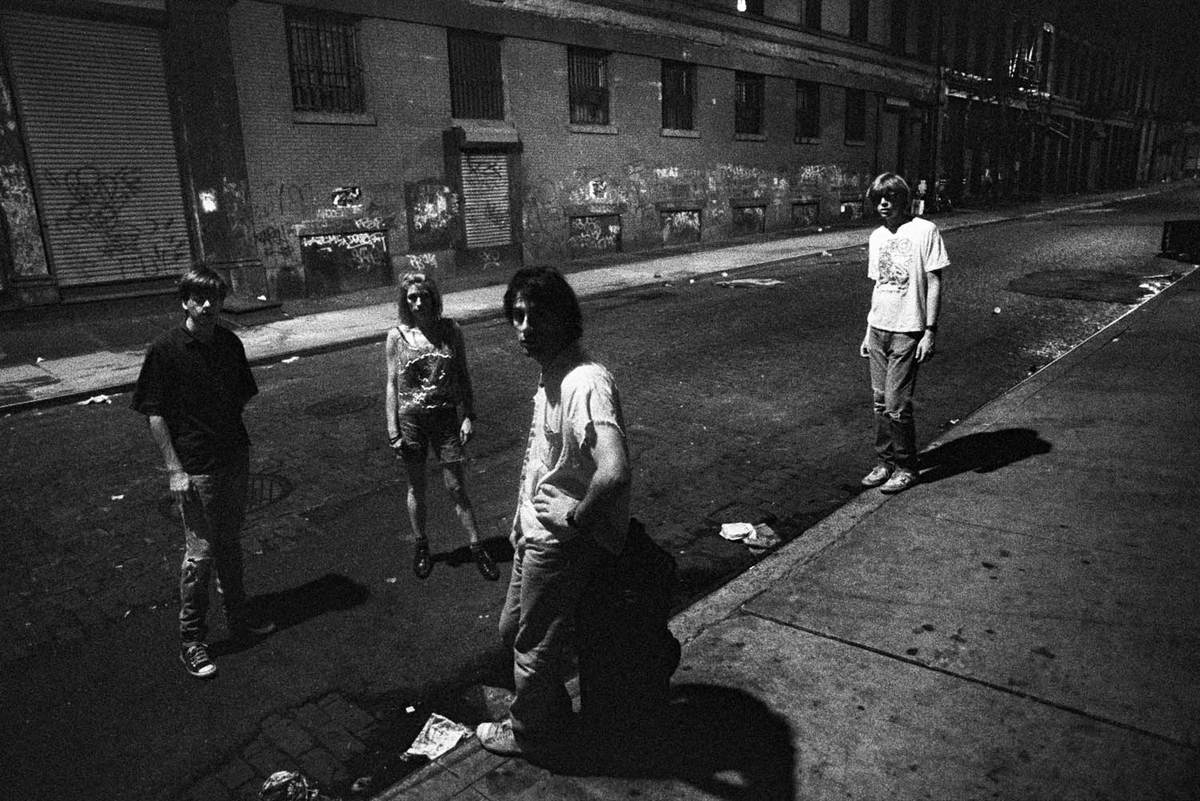 Our 30th anniversary listening party for Sonic Youth’s Daydream Nation last week at Classic Album Sundays Sydney was pretty remarkable for me just as a listener and music fan. I can’t recall being hit so hard by an album I knew so little. And in this case, having always known about the album and its reputation, but never having given it a chance. Realising 30 years late, to my alarm, that it absolutely lives up to the hype, that it’s as utterly briliant as everyone said it was, and that I had sadly missed out. To my alarm, but also my delight. I’m kind of obsessed with it now, it’s weird. 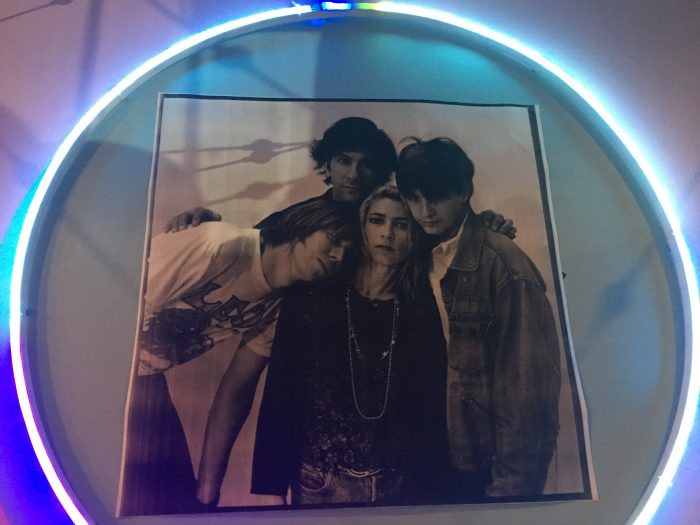 And the remastered version I picked up for the party – the 2014 repress, featuring the 2007 remaster by John Golden – is so good. In two years of doing CAS in Sydney, it’s one of the best pressings we’ve had, I think – up there with the awesome original pressing of PJ Harvey’s Rid of Me we played a few months ago. I’ve never heard my partner J.P. Ducharne’s Klipsch Heresy speakers banging like that before – so loud but so full and vivid and cinematic. Very loud but not too loud, intense but really balanced, and hypnotic – especially in the dark. You could feel Steve Shelley’s kickdrum in your gut (what a great drummer he is) – and hear Kim Gordon’s bass kind of floating out there above the wall of noise in its own melodic ether in this Peter Hook kind of way. Not so much like SY was playing in the room as they were playing… in my head? That’s corny but that’s how it felt.
The thing is, I’ve never been much of a fan of SY, though I’ve always respected them and so many of my friends love them, including my wife. You can’t be a music fan my age and not have thought about Sonic Youth a great deal, but they were always like this big gravitational influence in a distant orbit. They always embodied a certain aspect of American indie I wasn’t crazy about, especially the more I got into funkier and more electronic stuff; and also something about the New York art scene I found kind of alienating. I don’t think I’d ever even heard Daydream all the way through. It’s embarrassing to admit! It’s such a landmark of underground rock, and it was released around the same time that so many of their equals in the pantheon like Hüsker Dü and the Pixies were changing my life.

In fact, I did decide to get into SY when I was 17, in the summer of 1988, before my senior year of high school. I’d been reading a lot about them in Spin and Rolling Stone and other music magazines and they sounded like the business. At the time I had very little access to actually hearing underground and alternative music, except for buying albums. My family and I lived in Ft. Benning, Georgia; there was no college radio station near us; and I assure you, I didn’t go out or have a social life or anything like that. I was mostly on my own as a budding music fan. I read music mags obsessively, but if a band wasn’t being played on MTV’s 120 Minutes or on the USA Network’s Night Flight, both airing late at night once a week, I had no way of hearing them. So with my very limited cash – I might have $10, enough to buy one album, for a given month – I had to make careful choices. It was always such a gamble and such a thrill to buy an album by a band I hadn’t actually heard based on reading about them – to either discover a lifelong love, or to be crushingly disappointed. Usually no in between. 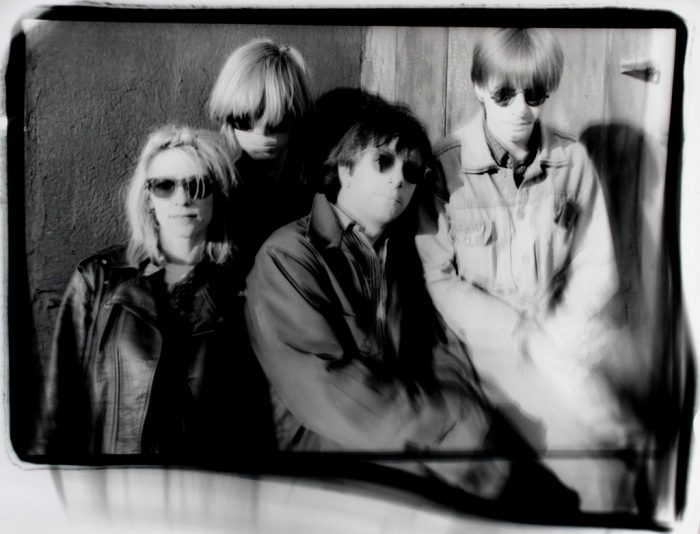 SY’s current album at the time was Sister. But as I often did back then, I decided to start early in their discography and work my way up. So I got 1985’s Bad Moon Rising – also because it had such a kickass cover. Well, Bad Moon is quintessential early Sonic Youth; it’s really noisy and dissonant and No Wave. That was just too much for my young ears at a point when I was into much more melodic and accessible stuff by Hüskers, the Replacements and R.E.M. So I concluded Sonic Youth were not for me. If I’d decided to start out with Sister, which is a good deal more refined and melodic, if not exactly safe, it might have been a different story.

Daydream Nation was released a few months later, and the critics went apeshit for it, it was mentioned on every other page of every magazine for months, and actually I fell in love with the Gerhard Richter painting on the cover. It really haunted me, imagining what kind of music that candle might represent. Maybe I should give it a chance, I thought. But I never did. I was too put off by the experience of Bad Moon Rising. And it wasn’t being played on MTV, so I couldn’t get a taste of it to change my mind.

Time passed, Sonic Youth got bigger and bigger, I enjoyed some of their hits, I thought “Kool Thing” was kool (especially as a Public Enemy fan), and I was kind of blown away by their documentary 1991: The Year Punk Broke (which features incredible footage of SY, Nirvana and other bands on tour together in that seminal year – it’s highly recommended). But I never got pulled back in enough to be a fan, and then I started getting into house and techno as a DJ in New York, and I wasn’t worried about it anymore. Crucially, I never saw them live – that might have made a difference. (They played a high school gym in L.A. when I was attending uni there. It was the Goo tour in the summer of 1990, Nirvana opened, and let’s just say I regret not seeing that show.)

This Daydream session for CAS came up at a point when I’ve been revisiting a lot of My Bloody Valentine, Lush and other noisy but oceanic and pretty stuff from the era. So there was something about the timing. A couple of weeks ago, while prepping for the party, I was so oddly apprehensive and so fascinated to finally put it on at home and listen to it, with this sort of dual set of ears, the me of now and the 17-year-old me listening to it at the same time. And I was kind of astonished at how melodic and gorgeous and spacey it is in and amongst all the noise. Some of the more anthemic songs like “Teen Age Riot” and “Hey Joni” would have been exactly what I was looking for back then, in that kind of Hüskerish, Dinosaur Jr.-ish emotive way. There’s something so heroic about some of those chord progressions, and the energy they sustain is really jaw-dropping. And the more free-floating flickering implosive ambience is so lovely in its noisy messed-up way. The references to William Gibson (e.g. Gordon’s “The Sprawl”) would have been cool as hell to me too – I was a William Gibson and cyberpunk fan starting in high school.
Dammit! I would have loved it, I think. I would have gone nuts for it, and I might have become a major fan. I felt this weird ache in my stomach, this 30-year loss. Especially when I was listening to it one evening and I heard myt wife singing along with it in the next room. Of course she was ahead of me on that! I felt overcome with regret.

But also… something about the delayed reaction makes me happy too. It’s kind of wonderful to get into something so late and dig it on so many other levels. I had a similar experience with Television’s Marquee Moon, another bloody obvious classic. I first heard it nine years ago, when I was still living in New York – the city whose alienation and euphoria it captures so well, as does Daydream Nation – and it changed my life. So I can get into Daydream now and hear how SY were influenced by the Slits, for example; and how they influenced Stereolab, my favourite band ever; and how all the ambience and noise presaged the dreampop and shoegaze like Lush and MBV that I’ve always loved; and co-producing with Public Enemy engineer Nicholas Sansano gave the album that extra kick. And how, as Matthew Stearns brings out in his terrific 33 ⅓ book about the album, Daydream really reflects my personal experiences of the landscapes and the textures and the heat and the claustrophobia of New York in that era. Things I could have never understood or appreciated as a kid. It makes it all feel new. It’s not the same as nostalgia, there’s something more immediate about it.

That’s the great thing about doing CAS, and about staying open to new music, or “new” music, as you get older. You might have a surprise discovery like that, even from a band you thought you had figured out. It’s really invigorating.