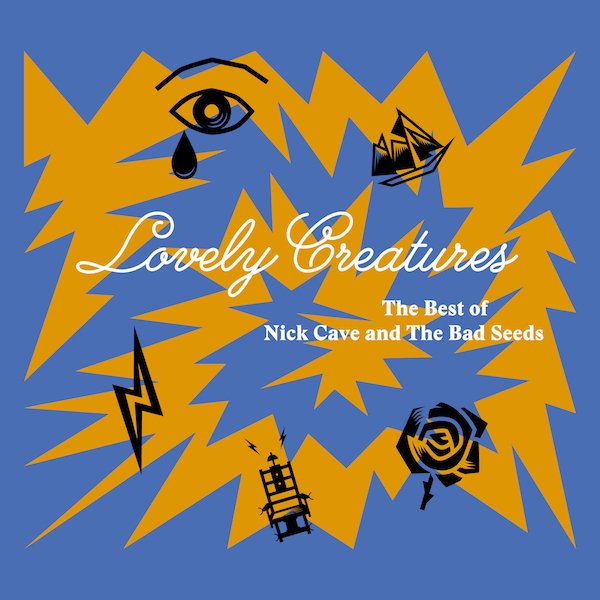 Australian gothic-rock titans Nick Cave & The Bad Seeds have always carved a unique path; through the post-punk milieu of their mid ‘80s inception to their current position at the international vanguard of art-rock royalty. Mute Records, their similarly revered longtime label home returns this month with a career-spanning anthology collating the band’s finest moments, from their 1984 debut From Her to Eternity through to 2014’s Push the Sky Away.

Released on triple vinyl alongside a DVD containing live footage and interviews, the deluxe edition will also feature a hardback book containing essays, a collection of photos taken by friends and family and other documents of interest – all of which have been compiled by founders Mick Harvey and Nick Cave. The reflective mood of this collection follows last year’s Skeleton Tree LP, the band’s sixteenth full-length and their first since the tragic death of Cave’s 15 year old son, Arthur.

Featuring fully remastered selections from Cave’s expansive back catalogue, including ‘Red Right Hand’ and ‘Into My Arms’, this collection offers a sprawling overview of one of the most prolific band’s of the last 30 years.

Alice Coltrane’s explorations of spiritual Jazz are among the most intriguing of the expansive sub-genre. It’s exciting then, that the retrospective experts over at Luaka Bop have managed to unearth private press recordings from the later period of the musician’s career, for a brand new retrospective vinyl collection of previously rare artefacts.

This new compilation charts the deeply spiritual music Coltrane began to record in the early ‘80s at her newly established 48-acre estate, Sai Ananatam Ashram, just outside of LA. The tracks featured here were originally released on a limited cassette series – entitled ‘Turiya Sings,’ ‘Divine Songs,’ ‘Infinite Chants,’ and ‘Glorious Chants’ – all of which were distributed privately throughout the local community and capture Coltrane singing for the first time on record. These recordings were heavily inspired by the devotional music of India and Nepal, and feature an expansive range of instrumentation, encompassing synthesisers, harps and 24 piece choirs.

Each of these recordings have been remastered by Baker Bigsby (who has previously worked on releases by Sun Ra and Ornette Coleman) and the double LP is cut from the original tapes. The release also includes liner notes from Jazz expert Ashley Kahn alongside interviews with Coltrane herself. This compilation marks the inauguration of Luaka Bop’s new series documenting spiritual music from across the globe – stay tuned for more!

It’s been two decades since the release of Kool Keith’s wacky rap classic Dr. Octagonecologyst, and prolific hip-hop excavators Get on Down have decided to honour this milestone with a special 20th anniversary vinyl reissue.

This reissue arrives in a specially constructed octagon box set, which retains the original artwork in addition to a 40 page booklet of liner notes and five new songs which weren’t featured on the original edition of the album. Fans of left-field rap won’t want to miss this one.

Tidal remains Fiona Apple’s most successful LP – a certified triple platinum album which achieved both commercial and critical acclaim upon it’s release in 1996. Strangely however, the album has never received a vinyl pressing, until now, almost 21 years since it’s initial release, via vinyl subscription service Vinyl Me, Please.

Apple’s debut studio full-length, Tidal remains a high water mark of singer-songwriter musicianship, it’s timeless rock-pop aesthetic a masterclass in the skill of simple but effective instrumentation, melody and harmony. Encompassing aspects of the blues, country and pop the album produced six hugely popular singles, including 1997’s ‘Criminal’, which won the 1998 Grammy Award for “Best Female Rock Vocal Performance.” The album continually crops up in lists charting the best LPs of the 1990s.

This new edition has been remastered from the original analogue master tapes, and will be released on a double 180g pressing packaged in a gatefold sleeve with accompanying liner notes and artwork print.

The ever reliable team at the Optimo Trax label have a knack for assembling exploratory and insightful compilations, and this most recent edition is no exception. Miracle Steps collates a stellar batch of cosmic, new-age and fourth world cuts compiled by label head Keith ‘JD Twitch’ McIvor and rising DJ talent Fergus Clark.

Adopting the Jon Hassell coined tag of ‘Fourth World Music’, Miracle Steps charts the development of the nascent sound, from it’s early ‘80s origins through to it’s renewed relevance at the cutting edge of contemporary electronic music. McIvor and Clark’s expansive knowledge gives this compilation a highly cohesive flow. Amongst the selections lie prime cuts from the likes of Ariel Kalma, David Cunningham, Jorge Reyes, and newcomer Iona Fortune, whose forthcoming debut LP is previewed here in the form of the excellent ‘White Tigress.’

The result is a euphoric and meditative collection of tracks which serves as a perfect entry point into this nebulous genre of music. Already in high demand, this double LP package is moving fast – don’t miss out!