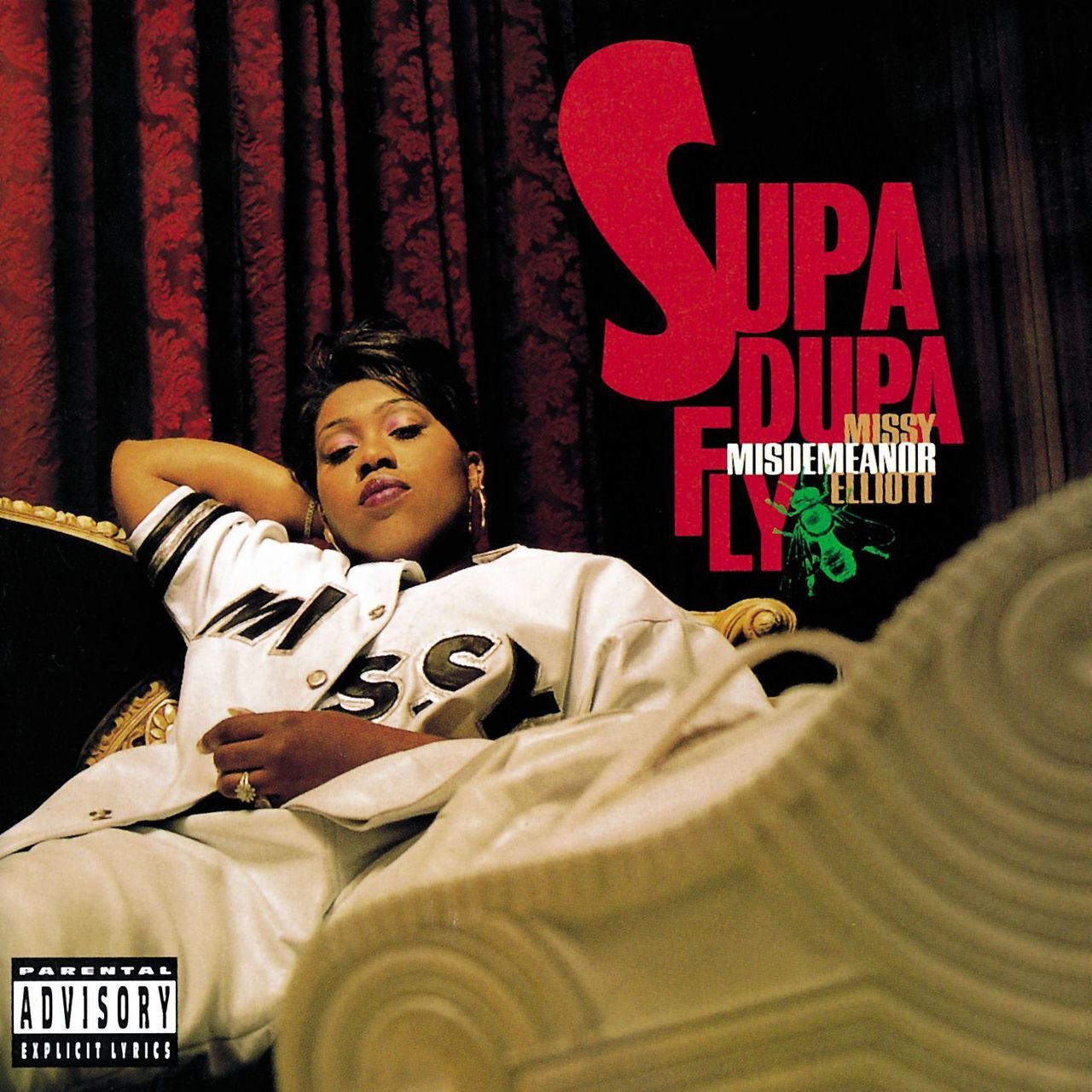 A certified hip-hop modern classic returns to wax for the first time this month; Missy Elliot’s much loved debut album Supa Dupa Fly has received it’s first ever vinyl reissue in celebration of it’s 20th anniversary since release, on July 15.

Boasting a haul of critically acclaimed commercial hits, the album was produced entirely by a nascent Timbaland, in the early stages of what would soon be international chart dominance. Missy proves the perfect counterpart to Tim Mosley’s cartoonish beats, matching the flamboyant flourishes of sound with a larger than life, yet incredibly effortless persona, getting off to a flying start with an array of inventive hits, including the soulful “Beep Me 911” and swaggering “The Rain (Supa Dupa Fly).” The album foreshadows a particularly fertile and inventive period for millennial black pop, which saw the likes of Aaliyah, Clipse, Busta Rhymes and Justin Timberlake thrive under the watchful eye of production masterminds like The Neptunes and Timbaland.

While second hand prices for the original pressing aren’t particularly high, obtaining a copy can be a long-winded process; all the more reason to celebrate a momentous anniversary with a fresh copy for your collection!

Back in 2003, legendary jazz label Blue Note Records opened it’s vaults to Madlib, one of the finest loop diggers of our time. The result is one of the widely renowned classics of early 21st century sampladelia; Shades of Blue returns to vinyl this month for a limited pressing courtesy of Music On Vinyl.

“Repossessing” it’s source material from legends such as Donald Byrd, Thelonious Monk and Horace Silver, the album has become a renowned high-point of sample based Jazz composition, splicing fragmentary snippets of instrumental flourishes with rolling torrents of percussive rhythm. The album is tied together into a cohesive whole through spoken word sections and vocal introductions, peppering the music with a sense of history, heritage and, most importantly, humour. With only his second official solo album, Madlib solidified his unique character here, preceding classics such as Madvillainy (with MF Doom) and Piñata (with Freddie Gibbs).

Standard editions of the album are fairly easy to find, but the real draw here is the limited blue pressing, restricted to just 1,000 copies. Move fast!

3. Soul Of A Nation – Afro-Centric Visions in the Age of Black Power: Underground Jazz, Street Funk & The Roots of Rap 1964-79

The period immediately after the assassination of Martin Luther King Jr. and Malcolm X was among the most radical and active moments for black art in American history. To coincide with the Soul Of A Nation exhibition currently running at London’s Tate Modern, the crew at the always excellent Soul Jazz Records have compiled a selection of radical black music, spanning the years between 1964 and 1979.

Aiming to convey how political themes were heavily absorbed by artists in the period marked by the rise of the Black Panthers, this compilation encompasses a wide range of groundbreaking performers; from Gil Scott Heron’s proto-street-rap to the freeform jazz of Don Cherry, black musicians absorbed the radical ethos of John Coltrane and gave rise to a new era of synthesis between style, consciousness, genre, and form. A sense of galvanisation infects the track list, which includes “The Revolution Will Not Be Televised”, Joe Henderson’s “Black Narcissus”, and Roy Ayers “Red, Black and Green.”

This double LP is packaged with extensive sleeve notes, an exclusive 36 page photography book, and a bonus poster if you order from Sounds of the Universe. Soul Jazz Founder Stuart Baker will also be appearing at a panel discussion in the gallery as part of the exhibition.

Part of a trio of boundary pushing albums set for imminent reissue, this month sees a brand new pressing of Yoko Ono’s 1971 album, Fly, as part of a second set of re-releases from the Secretly Canadian label.

Her second album proper, Fly was produced in collaboration with John Lennon, and was recorded in the same time frame as the latter’s Imagine LP. Although collaboration between the partner’s continued, the fertile creative period introduced by this album saw Ono somewhat distancing herself from this association; beginning to hone in on her own unique artistic and political voice. The album picked up on musical themes established in the previous year’s Plastic Ono Band – avant-rock jams, noisy soundscapes, and oddball experiments, the strangest of which is surely “Toilet Piece”: around 30 seconds of flushing sounds recorded by Ono. The album’s controversially sexual lyrical topics were subject to censorship by executives at EMI, who reportedly often found the words “distasteful.”

This edition marks the first ever official reissue of the double LP, and is well worth a look if you enjoy the more experimental side of Ono’s oeuvre. Approximately Infinite Universe and Feeling The Space are set follow shortly.