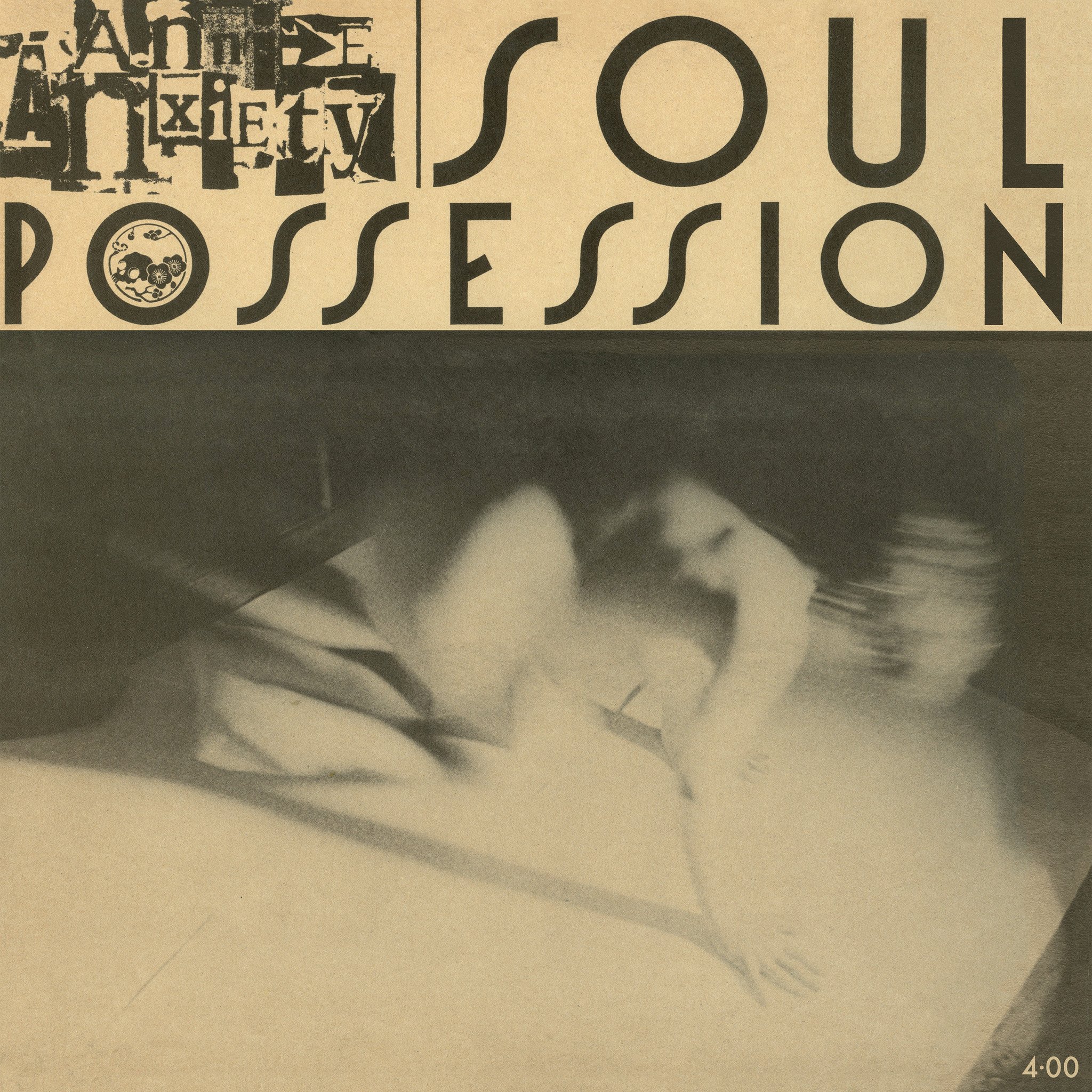 Take a look at our top picks for re-issues from January 2017, it’s not Christmas anymore but we can still go shopping for records.

Over the course of a near four decade career, New York born polymath Annie Anxiety (or Little Annie, as she’s often known) has deservedly generated a cult following amongst underground aficionados. Having collaborated with the likes of Adrian Sherwood, Crass, and Coil, she has simultaneously developed a unique and bold artistic voice, no doubt indebted to the musical chaos of the downtown party network.

Epitomising the omnivorous tastes of the ‘80s underground, 1984’s Soul Possession LP straddles the blurred lines between industrial, punk, dub, and EBM, drilling deep into a seedy underworld inhabited by a deranged cast of characters skilfully personified by Annie’s performative dexterity. Originally released by Corpus Christi and reissued for the first time in 30 years by Los Angeles based Dais Records, this limited LP is an essential addition for any No Wave/ Post-Punk collector, retaining Eve Libertine’s original artwork whilst offering a choice of black or (very limited) brown vinyl.

Like a direct transmission from the gates of hell, expect vocal contortions, punishing drum rolls, and convulsive synth spasms as Annie guides you through the depths of her psyche…

2017 looks set to be an exciting year for fans of David Lynch’s iconic Twin Peaks saga, with the long awaited arrival of a brand new series (set to premier on May 21) bringing anticipation to fever pitch. Equally revered, the epoch-defining compositions of Angelo Badalamenti have provided the perfect sonic accompaniments to Lynch’s canon of twisted melodramas – heart-wrenching melodies and brooding synth arrangements which have carved a truly individual niche in the cinematic world.

If pretty packaging isn’t quite your thing though, theres plenty of sonic delights to get excited about here. Original master tapes obtained from the Warner archives have been re-cut across 2 LPs to assure a “punchy but super nuanced” sound. Moreover, the reissue provides the perfect opportunity to revisit Badalamenti’s utterly haunting lounge-jazz subversions – highlights include the late Jimmy Scott’s contribution to the chilling ‘Sycamore Trees’, the seedy swing of ‘Pine Float’, and the goosebump-raising ‘Montage from Twin Peaks’. Simply put, it’s an essential release for both die-hards and newcomers alike.

The ever prolific archivists at Vinyl on Demand have kicked off 2017 in fine style with a bumper limited box-set collection of Post-Punk provocateurs Bourbonese Qualk. Spread across 4 LPs, this comprehensive array of rarities charts the band’s artistic endeavours from their 1980 formation right up to the closure of the group’s Recloose Organisation International label in 1986.

This mammoth 80 track collection selected by Crab himself charts the band’s stylistic evolution from the chaotic abrasiveness of their early 80’s material, through their increasingly beat-focused compositions of the mid decade, whilst unearthing 20 previously unreleased tracks from the same period. A collectors dream, no doubt.

4. MONO – Under the Pipal Tree

Though their sound would eventually shift from these early influences to a harder, classically informed sound, Under The Pipal Tree is a thrilling snapshot of the now legendary band in their infancy – a dream-like swell of wandering melodiousness and emotional outbursts, encased in a suitably reflective and melancholic atmosphere. Fans of Sigur Ros and Godspeed You! Black Emperor will find joy in these meticulously crafted, hypnotic, yet turbulent journeys through post-human spaces of cinematic scope.

This highly anticipated deluxe reissue features brand new artwork, alongside a limited 1,000 copy pressing of “Forest Green Marble” coloured discs. More importantly however, the album is pressed onto “100% virgin quality vinyl” across 2 LPs, which should adequately satiate any audiophile’s appetite.

Kerry Leimer’s revived Palace Of Lights label continues it’s retrospective revivals in 2017 with a reissue of the ambient veteran’s Land Of Look Behind LP. Re-pressed for the first time since 1982, the album originally coincided with the release of Alan Greenberg’s documentary on Bob Marley’s funeral; a movingly ethereal counterpoint bustling with rhythmic detail.

As an added bonus, the label has thrown in three previously unheard tracks cut from the original recording sessions, alongside a four page booklet which features an essay from Paul Dickow. Ambient collectors keep an eye out from January 18th.

Numero Group have wandered off the beaten path with their first vinyl compilation of 2017, shining a light on the forgotten female voices of American Folk music – zeroing in particularly on the anonymous musicians of California’s dry and dusty canyon counties. Whilst you’ll have likely never encountered the music of the 14 artists featured on this collection, you’ll be unnervingly surprised by the eerie familiarity of these spectral, lonely recordings.

Ladies Of The Canyon shines a light on a generation of artists working outside the contemporary infrastructure of the music industry, and far away from the cultural epicentre of Manhattan’s Lower East Side. Evoking the tragic romanticism of a film like Inside Llewyn Davis, this compilation pays homage to the ones who never quite made the history books – the forgotten bedrock of a revolutionary music.

Boasting a beautiful array of hand painted artworks, this LP features 15 intimate tracks, and is also available as part of a box set alongside a bonus 45 EP. If you’ve been looking to dive deeper into Folk music, there’s no better place to start than this.

The Story of Alice Coltrane ‘Journey In Satchidananda’