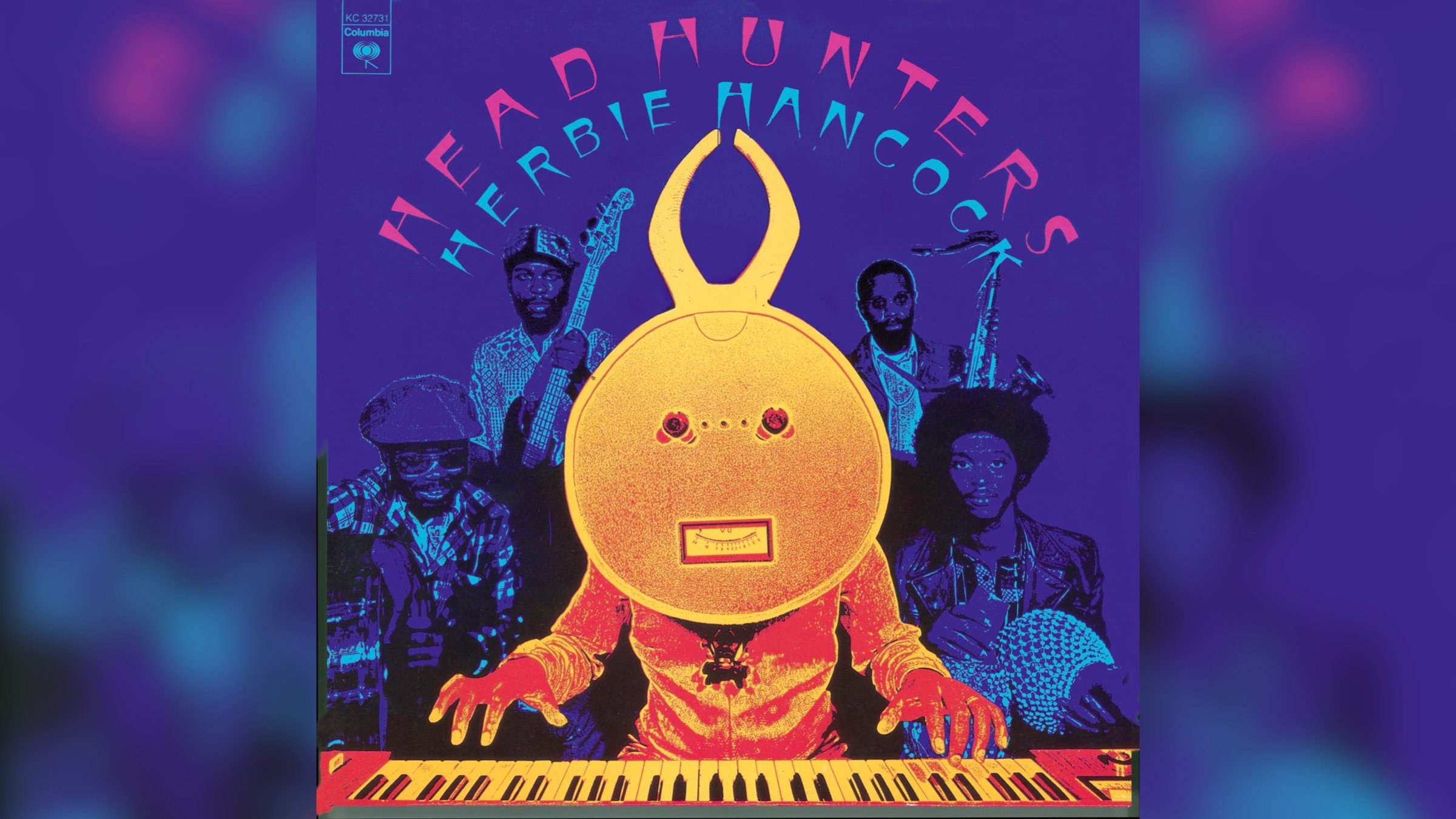 Writing about Herbie Hancock seems like an exigent task. His career spans over five decades and a myriad of phases and genres, from jazz to electro. A legacy too large to try to take on via the written word. I am too self-conscious to consider myself a writer, let alone one competent enough to take on Jazz, capital J. While a large part of my musical education as a DJ has been in what I’ll loosely define as “dance music”, it was albums like Head Hunters that truly took me to school and broadened my horizons. As a musician and bassist only a few years into my playing career, this album became an unshakable true north and one that left an ever-evolving mark in my musical DNA.

Head Hunters was the name of the group (spelled as one word) and Herbie Hancock’s twelfth studio album, released in 1973. Its members were Hancock (keyboards), Bennie Maupin (saxophone, clarinet), Harvey Mason (drums), Paul Jackson (bass), and Bill Summers (percussion). Its masterful blend of jazz, funk, and rock made this an immediate crossover hit, charting high on the Billboard 200 and becoming the first jazz album to go platinum. The album featured four long-form compositions: “Chameleon”, the revisited “Watermelon Man”, “Sly”, and “Vein Melter”. Its laid back, groovy sound embodied what became more widely known as jazz-funk and brought in R&B fans into the realm of jazz and improvisation, and vice versa.

I credit Head Hunters as my personal point of entry to jazz, considering myself the target audience coming from a funk, soul, and disco background but with a hunger for something more  complex. It began with “Chameleon”. I remember the first time I tried to analyze its pace and tempo, a bit of a fool’s errand during my time as a novice DJ obsessed with playing non-quantized music on a vinyl-only format. The record sat on the platter of my Technics 1200 and there it went… slow to start, then picking up the pace, almost taunting me to keep up. 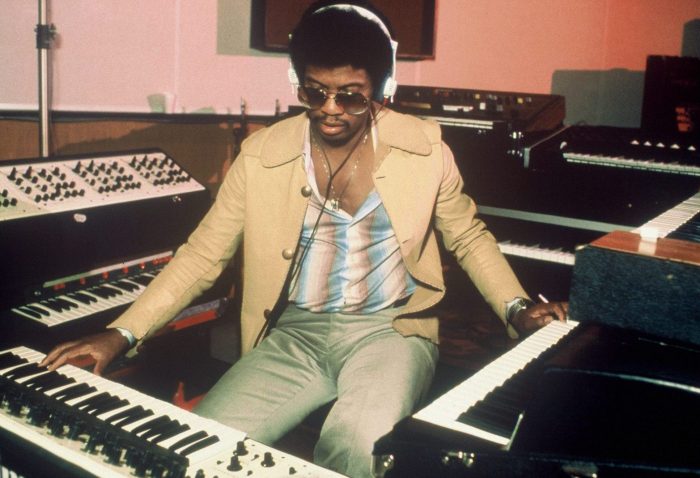 The iconic riff that kicks off “Chameleon” is the stuff of legends, but to sit attentively with this fifteen minute epic is to dive into a masterclass of improvisation, pocket, and vibe. During lockdown, I spent countless hours studying it and breaking down its sections, often called A, B, and C, so I could learn how to play along. The more one listens, the more there is to peel off its layers. After what must have been my 200th listen, I finally was versed enough on the A part to notice the tape editing that tees up the B part. Bassist Paul Jackson, who died in Japan in March 2021, anchors this section down and signals a change of direction. A hunkering down or crouching before taking a leap, is how I’d describe it. The groove in this section reminds me of something later on Liquid Liquid reimagined in their song “Cavern”. I have yet to decipher the C part on bass, which is loosely based on a groove and mostly free and wild improvisation. The C section is where “Chameleon” really opens up. It’s groovy and ethereal, like a clear blue sky after a spring storm. While based in funk and groove, its structure remains rooted in jazz: establishing the main melody, then taking turns soloing while holding down the groove, and finally returning to the main part before resolving and fading back to silence. Rest.

The album’s version of “Watermelon Man” begins with Bill Summers blowing into a glass bottle; it feels earthy and primeval. The whole album does. It’s music for the body more than the head, yet there is plenty to wrap our minds around. It is said to be largely inspired by funk, specifically Sly Stone, Curtis Mayfield, and James Brown but also rich in appreciation for the African continent, both in imagery, the artwork referencing ​​kple kple masks traced back to the Ivory Coast, and sound, in the traditional calls of The Ba-Benzélé Pygmies from Central Africa.

“Sly” is an homage to Sly Stone himself, a big influence on Hancock during this time, who revealed in a 1985 interview that: “When I heard [Sly & the Family Stone’s] “Thank You (Falettinme Be Mice Elf Agin),” it just went to my core. I didn’t know what he was doing. I mean, I heard the chorus, but how could he think of that? I was afraid that was something I couldn’t do. And here I am, I call myself a musician. It bothered me…I decided to try my hand at funk.” It is, in my humble opinion, a fiery tribute to one of the greatest talents of our time who so vividly encapsulated the psychedelic counterculture movement of the sixties. Funk, too, was protest music. Triumphant, unfettered protest music. This is, perhaps, the cut in which Bernie Maupin fully delivers. 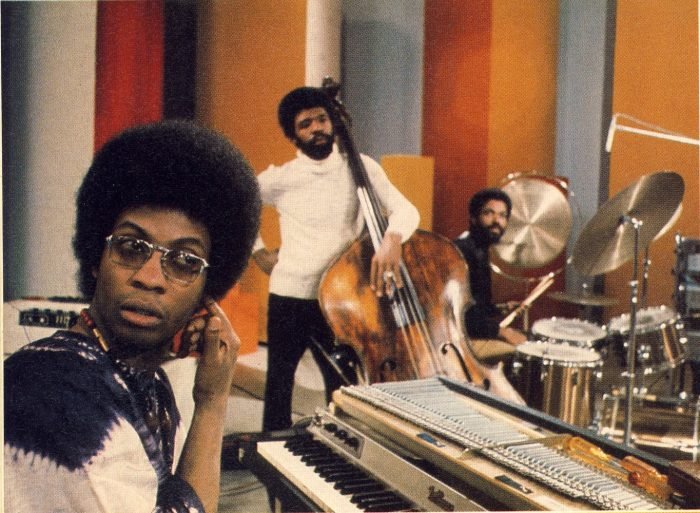 Closing out with “Vein Melter” is the perfect counterpoint to “Sly”. The come-down or landing, as we’d call it in Mancusian* tradition. It is the savasana of the album. The end of the night, the coming to stillness after a frenzied, euphoric celebration of funk, jazz, and improvisation. It’s the closing remarks on this album, bringing it to a fully formed celebration of Black culture, sounds, and ideas. Harvey Mason, the heartbeat of Headhunters, stripping back to a patient march. The atmosphere here is sparse yet dramatic. It takes on more of a less is more approach.

I’ll probably have a different point of view once I reach the 500th listen. There will always be too much to say, too much reverence and respect on my part, and a degree of self-consciousness as I try to put into words something that exists outside the realm of language. There are books to be written, surely, about this masterpiece (one already has been). I am convinced that this is the kind of album that stays with you for life and grows along with you. Almost fifty years since its release, Head Hunters is an open invitation to pay close attention, to pick up on details we may have missed on the last listen, and to come back time and time again.

*Mancusian referring to the late David Mancuso, a foundational figure in modern dance music who put together the Love Saves The Day spiritual dance rent parties at his Loft dating back to Valentine’s Day 1970.