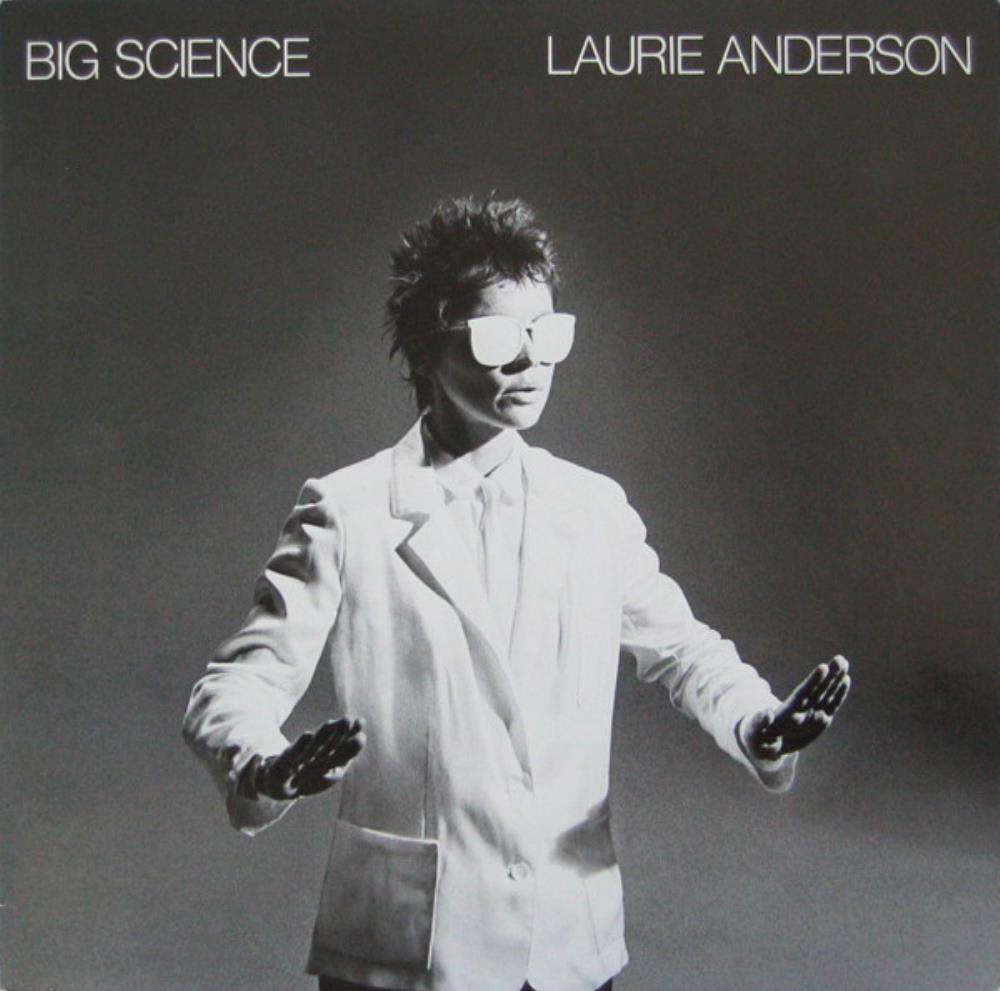 When Laurie Anderson’s Jules Massenet-inspired single ‘O Superman’ hit number 2 on the UK singles chart in 1981 it defied all expectations of what a pop hit should be. Despite being little known outside of the New York art world, the musical provocateur had created a song that condensed controversial and complex subject matter into eight minutes of bizarre, hypnotic and instantly memorable music. The song’s observations on communication, sentimentality, and arrogant foreign policy now feel more relevant than ever; and so too does the album from which it came – her incredibly singular 1982 masterpiece, Big Science.

Anderson had been testing the limits of experimental composition years before the release of her debut album. Operating on the avant-garde fringes with the likes of Pauline Oliveros and Peter Gordon, she had given performances as unorthodox as Duets On Ice, in which she played the violin until her feet had defrosted from a frozen block. By the early 1980s, Anderson was already working on her most ambitious and large-scale project to date: an expansive, operatic performance art piece that would come to be known as United States. The ten compositions featured on Big Science offered just one snapshot of her exploratory work.

The composer’s use of the vocoder throughout the album asserted the instrument’s creative potential, dispelling its reputation as a mere gimmick. From the very start of Big Science, looped on its opening track, ‘From The Air’, the vocoder’s dehumanising effect and melodic potential are used to profoundly shift the listeners perspective from the familiar to the uncanny, as the plane in which we ride calmly drops from the sky. Anderson’s disorienting lyrics and cold, calculated delivery foreshadow the alienating, algorithmic world in which we now live – a world which was just coming into focus at the dawn of the Reagan era. She seems to sense the doomsday on our horizon, yet can’t help but poke a little fun at the seriousness of it all.

The title Big Science mirrored the ambitious trends that kickstarted the 1980s. Anderson’s embrace of electronic music and her futurist aesthetic became something of a selling-point for the album, given the lack of mainstream representation for women working with synthesisers and studio equipment at the time. But it was the way in which these instruments fused with Anderson’s satirical commentary that gained her such critical acclaim and cult following. Unlike the punk and new-wave scenes which preceded it, Big Science sounds as if it came from somewhere deeply unfamiliar, without the historical baggage of established genres. Over thirty years later, we’re still waiting for something as singular as Anderson’s “Record Of The Time.”.

Listen to our warmup playlist for Big Science via the Spotify player below.