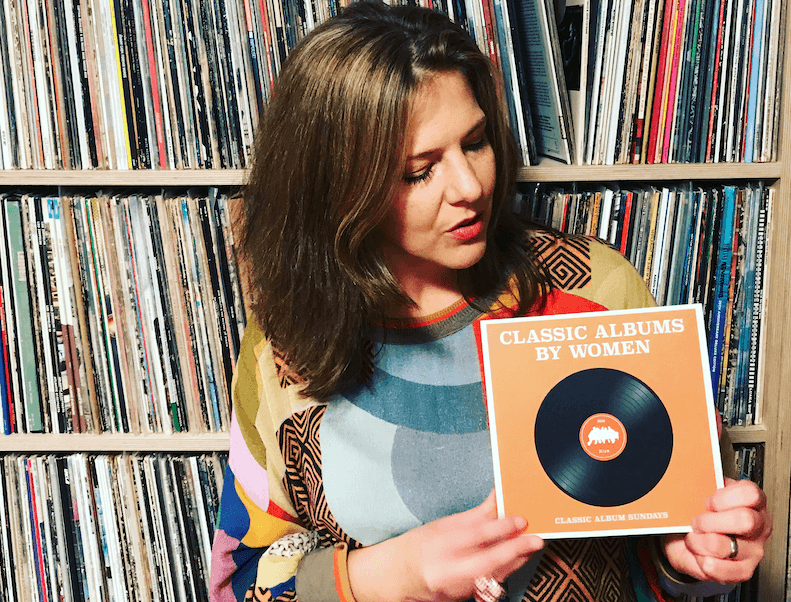 When we put out the call for contributions to our International Women’s Day 2018 campaign celebrating Classic Albums by Women, we could hardly have anticipated the incredible level of response from our friends and followers. We invited friends from across the recording industry, including artists, DJs, radio hosts, label-heads, journalists, and everyone in-between, to choose their absolute favourite album by a female artist or band featuring female talent, and to describe in their own words why this particular LP means so much to them. Some big names, such as Peter Hook and Nina Kraviz, were involved, but it was the sheer volume of musical passion which impressed and inspired us the most. What started as a small idea turned into a whole archive of female artistry.

Throughout our weeklong 24/7 social media campaign we shared over a hundred of these highly personal accounts of music fandom; each of which were accompanied by a selfie, presenting each contributor on their own terms and in the company of their beloved album. By the end of the week we had documented a diverse community of music lovers and re-affirmed the crucial contributions of female artists around the world. Our book, Classic Albums By Women, preserves this monument to musical women in physical form, collating some of the campaign contributions with the additions of many more all in one place.

The book was not only an opportunity to redress the balance between the genders but also a chance to learn more about one another. You can discover a lot about a person through their record collection, and in this sense each account opens a window into the life of its contributor. Perhaps more so than any other art form, music carves milestones in our memory – transporting us back in time, to moments of pain, joy, and heartbreak, at the drop of a needle. Learning how an album has changed someone’s life can encourage you to hear the recording in an entirely new light, and our contributors’ testimonies undoubtedly prompted us to revisit albums we had previously overlooked. Music is a radical means of communication, and at this moment in history that power feels more important than ever.

By celebrating the album format we also underline one of our core values at Classic Album Sundays. As modern society continues to increase the pace of our lives it has become more dificult for many to find the time and space to sit down and appreciate an album in its entirety. For a growing number of people, music has become a fragmented experience, pieced together through playlists and supplemented by singles which offer just a momentary glimpse of an artist’s work. Music is in danger of being taken for granted – considered a mere background noise to the infinite distractions of the modern world. By offering a space in which albums can be contemplated in detail, we have attempted to reassert the format as a vital facet of creative culture – one that still offers new and exciting experiences to this day.

The incredibly broad spectrum of female musicianship detailed on the pages of Classic Albums By Women is a testament to women’s vital contributions in both mainstream and underground circles. In the past these albums may have been unfairly overlooked, and it is therefore a privilege to be able to express our admiration for these works at a point in time where wrongs are slowly being righted. We humbly hope that the experience of reading this book brings you as much joy as we had making it, and that listening to these albums continues to make life just that little bit sweeter.