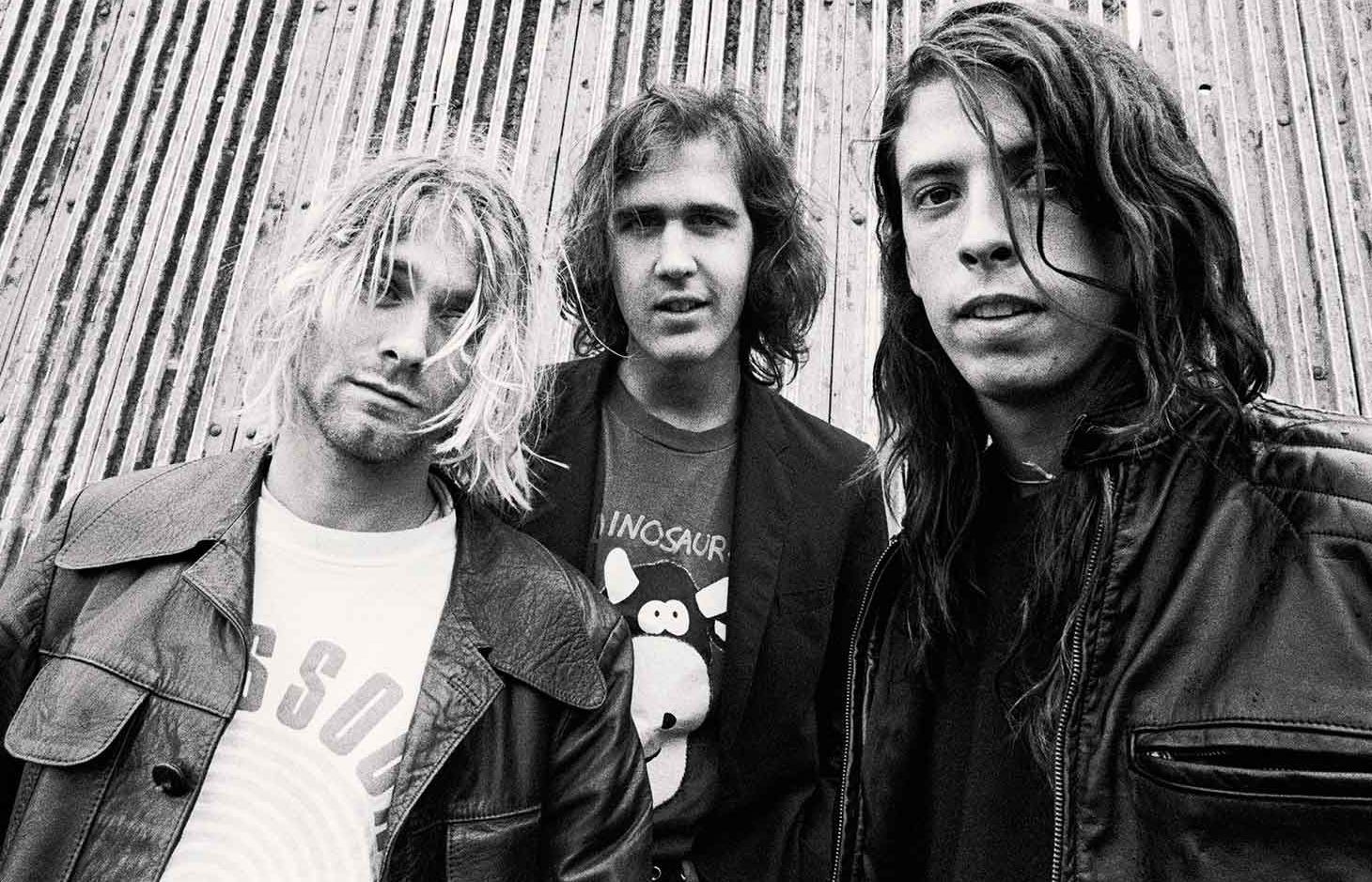 The summer preceding the September 1991 release of Nirvana’s “Nevermind”, I was one of the lucky people to receive an advance cassette of the album. At the time, I was producing a radio show called Music View that was syndicated on 200 college radio stations across the USA. I had previously been the Program Director at one of the biggest college radio stations, WNYU in New York City where we were big supporters of the Seattle label Sub Pop and we had played Nirvana’s debut album “Bleach” until the grooves wore out.  I was quite excited to hear Nirvana’s new offering, popped it in the cassette player, listened to Side One, flipped it and then sat on the edge of my seat for Side Two. I was stunned. Was this the same band? How did they manage to write and produce “proper” songs in such a short time period? What happened?

The story of college radio’s relationship with commercial AOR radio (Album Oriented Rock) is integral to the story of Nirvana’s breakthrough in the USA. To begin with, there wasn’t much of a relationship. We played our cool indie bands and the AOR stations trundled along playing their big hair bands and fading rock acts from the seventies. A few of the more poppy artists like REM were able to enjoy airplay on both formats but these types of acts were few and far between. For the most part, it was Us vs. Them.

Nirvana’s “Nevermind” changed all of that. After that first listen I could feel that both this band and the influence of college radio were going to play a much bigger and significant role in mainstream music. My friends and people in the “biz” were buzzing before the album was even released. Here were actual songs with hooks that you could sing along to (even if we did have to make up our own words as some of the lyrics were somewhat difficult to decipher).

The addition of former Washington DC hardcore outfit Scream drummer Dave Grohl was no small gain. They had ploughed through a succession of drummers including Mudhoney’s Dan Peters who didn’t even know he had been replaced until somebody else told him (communication amongst themselves was not the band’s forte even though their musical message was loud and clear). Along with bassist Krist Novoselic, the newly fortified rhythm section provided a solid base upon which songwriter/singer/guitarist Kurt Cobain could unleash his sometimes fast and furious and sometimes quietly poignant Lennon-esque melodies. This dynamic expression was something Cobain borrowed from one of his favourite bands, college radio darlings The Pixies.

At the suggestion of Sonic Youth’s Kim Gordon, Nirvana had left Sub Pop and had signed to major label DGC. “Nevermind” was produced by Butch Vig (who had just produced The Smashing Pumpkins) and was mixed by Andy Wallace whose credits included working with Slayer. The sound of the album was big. Very big. Initially the band liked it but then later grumbled, “its closer to a Motley Crue record than it is a punk rock record”.

There were a few cries of “selling out” which seemed a bit pointless as the music still sounded dramatically different to anything else that was “commercially” successful. A week after the album was released, the band played a few dates and I caught them at the Marquee in New York. It was electrifying. You could feel “something” was happening.

The next day the band came by the studio from which I was working for an interview. I recorded them on DAT (remember those?) which I later bounced to quarter-inch tape (I was part of the last bastion of tape editors). Although they were all exhausted from the previous evening and the multitudes of interviews they had to conduct while in the city, Dave and Krist managed to be very good-natured and happily engaged with the interview. The overly exhausted Cobain was starting to burn out and the only observation he was able to proffer was “I’m bored.” Oh well.

The rest is as they say “history”. The label only expected to sell 250,000 copies and initially pressed 50,000, which of course immediately sold out. MTV jumped on the bandwagon and put “Smells Like Teen Spirit” on heavy rotation. By January, “Nevermind” had kicked Michael Jackson’s “Dangerous” out of the Number One Album position in The Billboard charts. Major label A&R execs started pounding the pavement in Seattle and commercial radio deigned to cast an ear on what was happening in college radio. I even began work on a new radio show called New Music Exclusives which featured “alternative” music and was aired on 50 commercial AOR stations across the country. The “underground” was suddenly very visible.

Twenty years later and the legacy of this mighty album has only been amplified. Classic Album Sundays and Linn were invited by Universal Music and The Idea Generation to hold a listening session as part of their “In Bloom: The Nevermind Exhibition” at the Truman Brewery in Shoreditch, London. I was joined by the UK’s most prolific Nirvana writer Keith Cameron (Mojo, NME, Sounds) and he spoke about his first hand long relationship with the band. The hilarious Kerrang!Editor James McMahon demonstrated Nirvana’s lasting influence on bands today and on the younger generation. Proof of the band’s legacy was evident in the people who attended the event as it ranged from 15 to 55 years old!

We then performed the first public playback of “Nevermind: 20th Anniversary Edition” which was re-mastered by the respected mastering veteran Bob Ludwig and it sounded great. I could even hear the panned aerosol cans and rubber ducky on “Drain You”. There was quiet contemplation, head-banging and, er, dancing. Reuters were there and filmed part of it. They asked me how Kurt would have felt about this. I replied, “Embarrassed” and I am probably right as most artists tend to prefer to move on from previous artistic endeavours. Events like this are not for the artist but are for the listener and their relationship with the music.

Well, happy birthday “Nevermind” and long may you live. Happy to see that Dave is still pummelling away with The Foo Fighters and that Krist has found his niche in law and politics. Kurt, it was sad and tragic to see you go even if you didn’t particularly like my interviewing skills. Oh well. Nevermind.