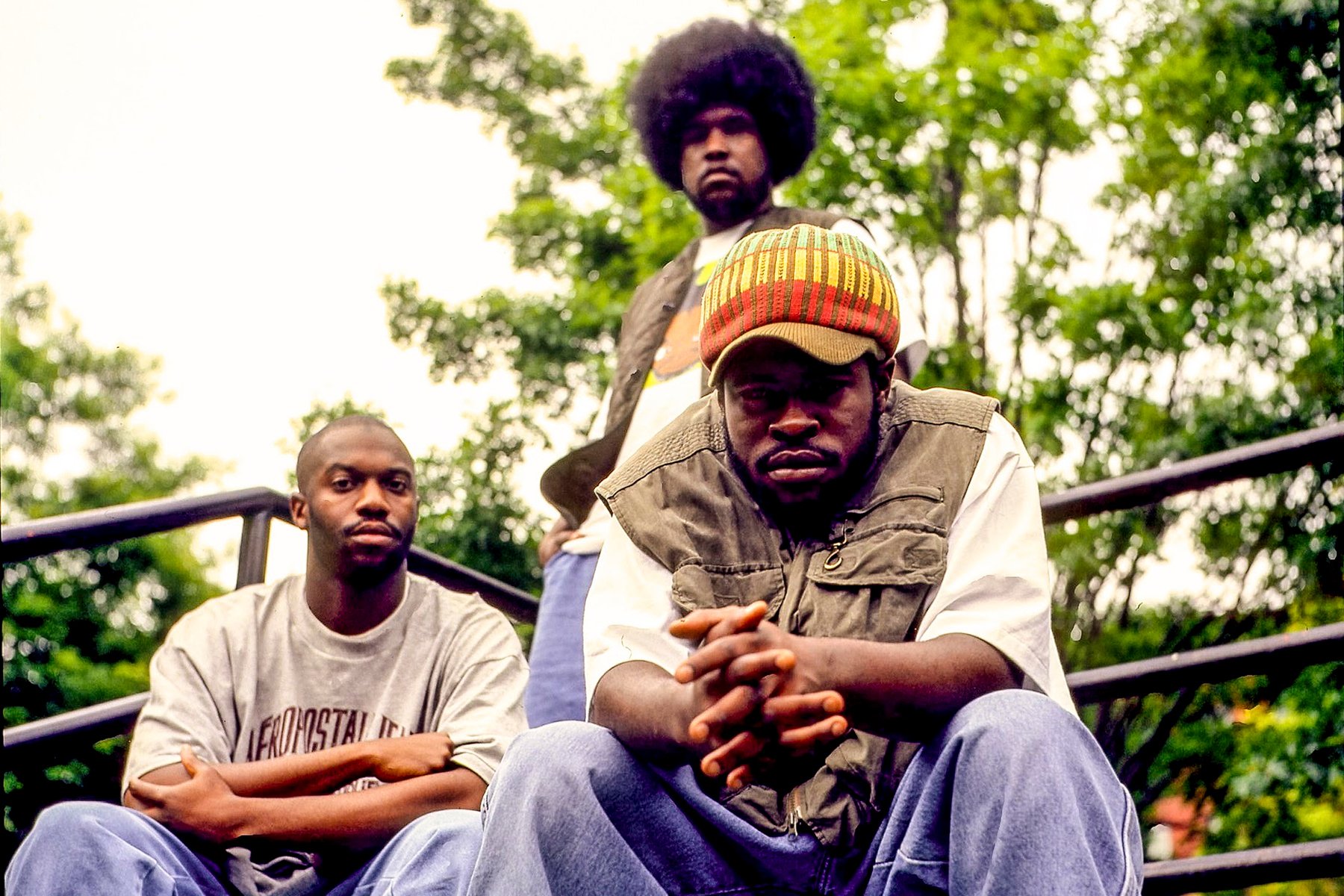 Does anybody like real music? Sweet music, soul music?

A simple question asked by The Roots on the song “Good Music” from their debut 1993 album “Organix”. Little could we have known how prepared The Roots were to resoundingly answer this question for us in the 25+ years since they asked.

But perhaps it has always been in The Roots nature to ask us simple questions and then delight us with their ability to rhetorically answer those questions. Heck, the foundational producer, arranger, musician and musicologist of the group is known as ‘Questlove’, which although derives from his original romance with hip-hop pioneers A Tribe Called Quest, might as easily translate to his love of asking us all the right questions.

Ahmir “Questlove” Thompson was born in Philadelphia in 1971 and music was in his blood. Thompson’s father, Arthur Lee, was the frontman of 1950’s Philly doo-wop group Lee Andrews & The Hearts and his mother, Jacqueline, was part of Philly soul group Congress Alley. By the age of 13, Ahmir himself was drumming at shows and became a prodigy musical director for the group. Thompson attended the Philadelphia High School for the Creative and Performing Arts along with Boyz II Men, Christian McBride and Amel Larrieux, and by the time graduation rolled around, had started the “Square Roots” with his friend Tariq Trotter aka “Black Thought”. 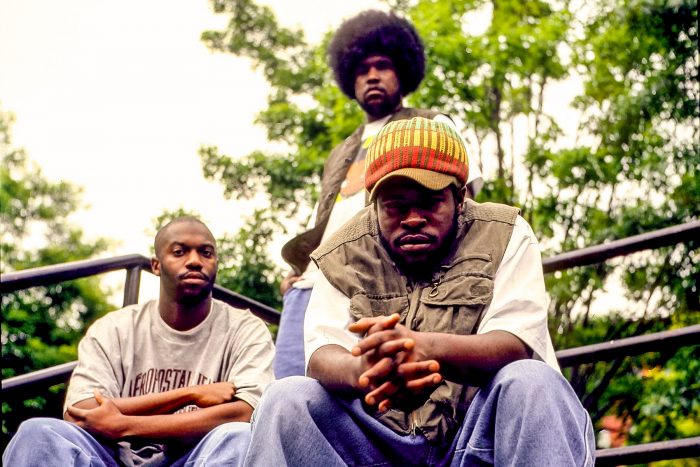 By the time The Roots solidified their original lineup of vocalist Malik B, bassist Josh Abrams (replaced by Leonard Hubbard in 1994) and keyboardist/producer Scott Storch and got ready to record “Organix”, The Roots had dropped the “Square” from their name, signaling that their inherent music “nerdiness” was about to give way to a hipper brand of hip-hop, jazz and soul fusion born of the music of their forefathers and ready to bear new fruit on new branches of the musical tree.

“Organix” gave us taste of this new exotic, yet familiar, musical fruit. Jazz-based grooves driven by straight-ahead and technically sound drum cadences and bass licks and finished off by soulful verses from Black Thought and Malik B firmly grounded in their experiences from the streets of Philadelphia. What The Roots also displayed on “Organix” was a unique ability and willingness to experiment and take risks with song structures, arrangements and elements. One of the iconic songs introduced on “Organix” was jazzy, improvisational groove “Essaywhaman?”. Note again that this song itself is titled as a question, as if to ask us how in the hell a young band from Philadelphia can apply tried and true jazz concepts and traditions to introduce us to the Next Movement in hip-hop music. Say What Man?!!!??!

As usual, we didn’t have to wait long for The Roots to answer their own question with yet another question. As the music world took note of “Organix”, The Roots were already busy writing and recording “Do You Want More?!!!??!”, the classic album that truly put this band on the map and launched their career of non-stop touring, consistent evolution, 11 studio albums and ultimately their current spot as The Tonight Show’s house band.

Typically labeled within the ‘jazz-rap’ genre, “Do You Want More?!!!??!” picks up the torch of this niche genre of hip-hop, jazz fusion championed by forerunners such as Gang Starr, Stetsasonic, A Tribe Called Quest and Digable Planets and spins it into The Roots unique brand of musically elevated arrangements and compositions.

Listen: The Roots ‘Do You Want More?!!!??!’ Musical Lead Up Playlist

In some ways, DYWM is almost like two different albums spliced together and perhaps represents shifts in direction that the band pursued during the 2-year writing and production process. Songs like ‘I Remain Calm’, ‘Datskat’ and the reprise of ‘Essaywhuman?!!!??!” reference the styles demonstrated by The Roots on “Organix” with drum beats and bebop style ‘skatting’ driving what feels like fast-paced “jam sessions”. However, on songs like “Proceed”, “Mellow My Man”, “Swept Away” and “Silent Treatment”, The Roots demonstrate their songwriting and arrangement chops and knack for creating soulful, more “radio-friendly” songs that would ultimately lead to their breakthrough hit “You Got Me” on 1999 album “Things Fall Apart”.

Let’s pause for a moment and shine some light on the personnel of the legendary Roots crew by the time we reach “Do You Want More?!!!??!”. By this point, Questlove and Black Thought had already been introduced to the world as the “faces” of The Roots; Quest as the central figure on stage directing the chaos with ease while displaying his obvious talent and joy for the music and Thought as the smooth, stylish and, at times, braggadocios front man who just as easily pivoted between sheepish ‘coolness’ and a star emcee in the making with the crowd in the palm of his hand.

But let’s not gloss over the rest of the crew that made this musical spectacle work.

The aforementioned Leonard Hubbard aka “Hub” on bass served as a quasi elder statesman of the group, grounding the band in old-school Philly sensibility with his effortless licks, trademark chew stick and proclivity to keep his hooded sweatshirt around his head and back to the audience as an expression of his mystique. 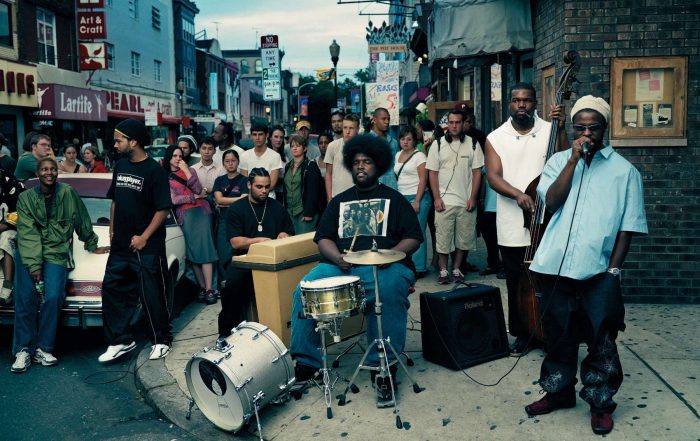 Scott Storch, only in his early 20’s at the time, clearly became an important counterpoint to Questlove’s jazz and classically trained tendencies by using his keyboard and production talents to drive the group’s sound further towards popular hip-hop and crossover “bangers”. After steering The Roots in this direction and contributing heavily to the band’s breakthrough, Storch went on to become one of the top hip-hop producers in the world, working with 50 Cent, Dr. Dre, Snoop Dog, Chris Brown, Christina Aguilera, Pink and many others.

DYWM saw the introduction of Rahzel aka “The Human Beat Box”. Featured on the track “? Vs. Rahzel”, Rahzel showcased his uncanny vocal beat-boxing abilities, one of the original elements of hip-hop music. More than simply laying down beats with his mouth, Rahzel displayed an unrivaled ability to mimic sounds and instruments and create multi-layered sounds that became a can’t miss part of The Roots live show. After Rahzel graduated from The Roots and went on to release popular solo albums of his own, The Roots continued their commitment to this element of hip-hop, bringing on Kyle Jones aka “Scratch” to continue the tradition.

Malik Basit aka Malik B. Malik was a clearly talented and beloved member of The Roots who appeared on the group’s first four albums, before departing the group and later returning for several feature verses on later albums. Malik B. provided an underpinning to The Roots brand of soul and smoothness and played the role of that second emcee that has been a key ingredient to numerous classic hip-hop groups. Malik B. was showcased on DYWM track “Mellow My Man”, a classic back and forth emcee track with Black Thought, where he spits quick-witted and versatile bars that display the vibes he brought to The Roots. “I exhibit many forms, prohibit the corny norms (And we’re in, your neighborhood) on the norms”.

In many ways, my selection to present this album is a result of the recent passing of Malik B. at age 47 after well-documented struggles with substance abuse and depression. While his cause of death has not yet been released, Rest In Peace Malik Basit. If you want to hear one of the more powerful songs by The Roots about Malik B., I suggest listening to “Water” from their 2002 album Phrenology.

Finally, touching on Ursula Rucker, who adds both a personal connection to this album for me, as well as a foreshadowing of the ways in which The Roots have showcased female talent and spoken-word talent on DYWM and subsequent albums. Ursula Rucker, a decorated Philadelphia bred singer, songwriter and poet, is featured as The Voice on the album’s final and most emotionally powerful and jarring track “The Unlocking”. A raw parable of toxic masculinity and abuse of women, Ursula Rucker and “The Unlocking” is a harbinger for future collaborations with Ursula on “Illadelph Halflife” and “Things Fall Apart” and other strong female voices like Erykah Badu, Jill Scott, Jean Grae, Lady B and more. In 2015, I was lucky enough to host Ursula Rucker for a show at Songbyrd Music House and invited her to sign my vinyl copy of “Do You Want More?!!!??!” in which she inscribed “Real shit stands the test of time”. 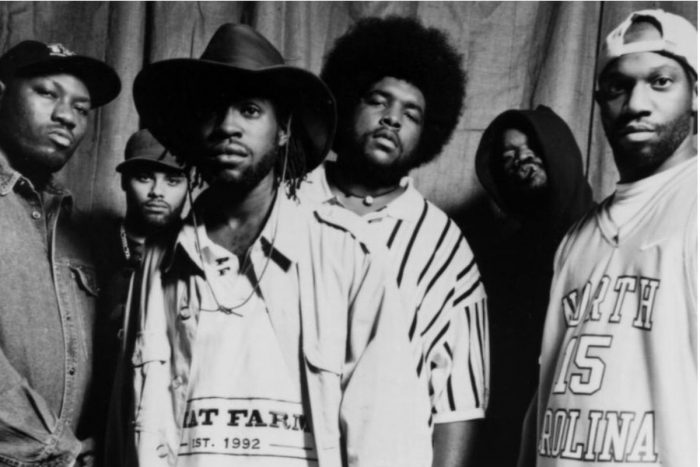 The Roots are an institution that is almost too big to cover in a format like this. Really, they deserve an entire semester in any university’s musicology program. From the breadth of the material they’ve been able to tackle and digest, to the revolutionary nature of their live shows and the influence those shows have had on the music business, other bands and people like me (I’d estimate that I’ve seen The Roots live show ~50 times up and down the East Coast and in the UK), to their continued willingness to evolve and innovate throughout their career and the careers of the other artists they’ve touched and influenced, to the paths they’ve blazed with Questlove’s writing, publishing and journalism career and their spot on national late night television.

For me, The Roots are like the most amazing musical funnel of all time. They are a champion tree in the musical forest that stands tall and both defines and fertilizes the landscape. The Roots digested 50 years of music history, filtered this history through their vascular system and created a beautiful canopy of musical branches that bear a perennial harvest.

The most direct outgrowths of The Roots’ work and innovation includes artists born from The Soulquarians movement, such as Mos Def, Erykah Badu, Common and others that have become part of The Roots extended family via events like Dave Chappelle’s Block Party and The Roots Picnic series; but indirectly The Roots spawned a new era and sensibility in hip-hop music and related genres that re-emphasizes pure musicality, improvisation and putting on a great live show. This ethos helped breath new life into legacy hip hop acts that began touring with live bands and helped birth artists like Oddisee, Mac Miller and Kendrick Lamar.

In the modern era, only The Roots have been a musical organism large enough to digest the last 50 years, and I’d feel safe in saying that their contributions will likely continue to help synthesize the next 50.

Behind The Counter US 2021: Mills Record Company, Kansas City (Episode...