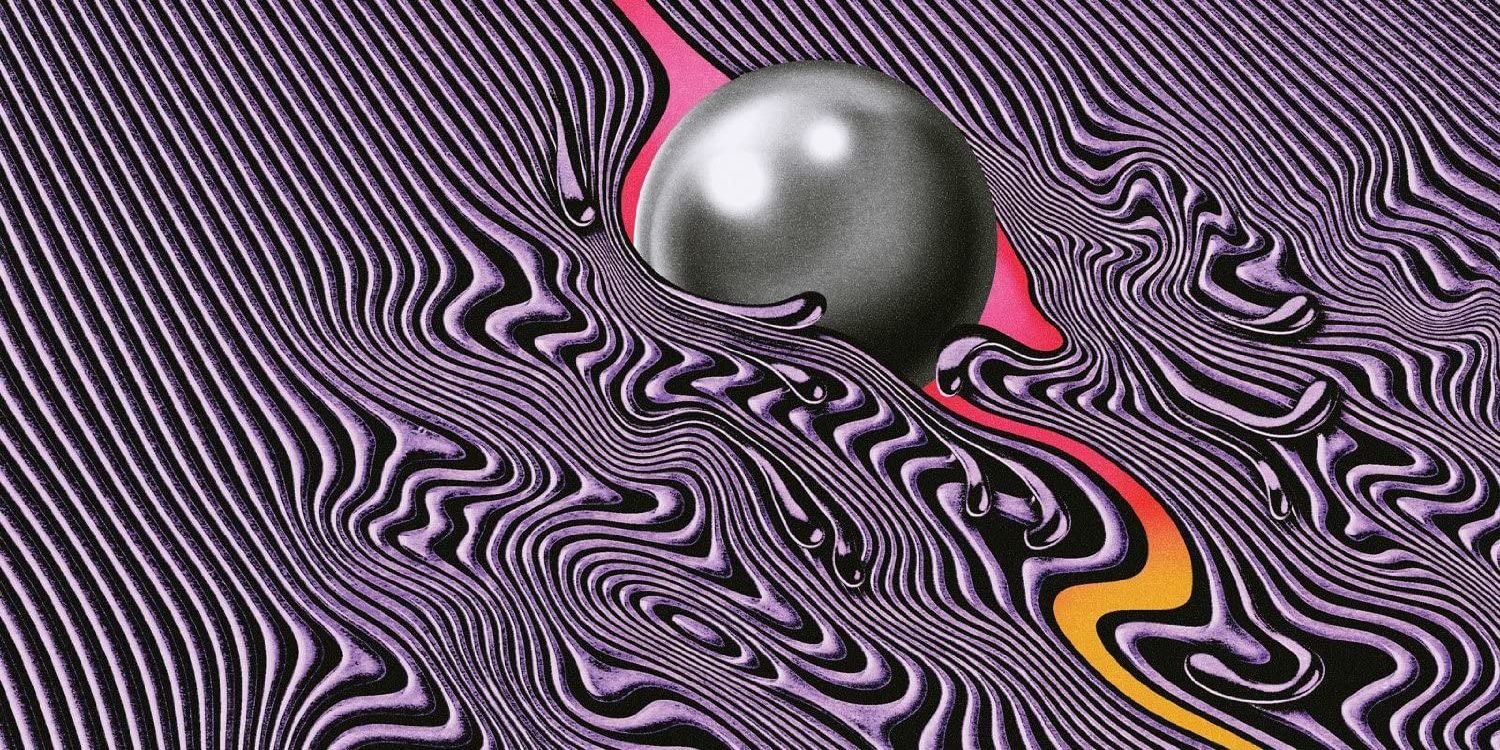 Currents was released in July 2015, the third studio album by Australian musical project Tame Impala. Tame Impala, whose name not only perfectly slides off the tongue but is also a reference to a fictional encounter with an African species of antelope, is the brainchild and passion of Aussie auteur Kevin Parker. Bred in the highly active Perth music scene, Parker birthed Tame Impala as his vessel of musical expression circa 2007. 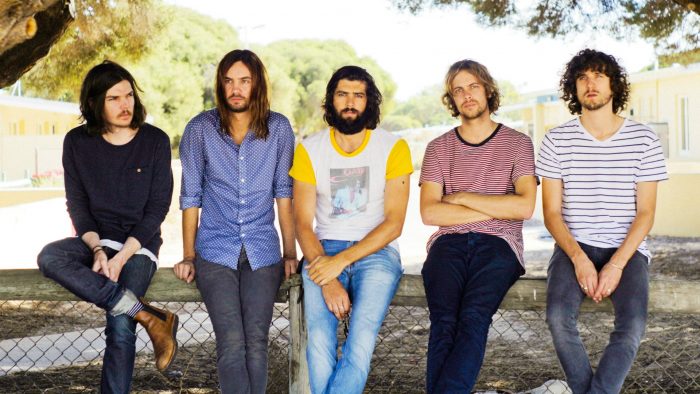 Despite Tame Impala’s growing profile and career, increasing demand for the music and the live show, Kevin Parker still felt like something was missing. In a recent interview with NME reflecting back on Currents at age 5, Parker recounts the experience of being at a wedding party and seeing people leave the dance floor when his music came on:

“It was awful! I was like, ‘Whaaaat? No-one wants to dance to Tame Impala?’ The idea that my music would clear out a dance floor definitely made me feel like something was missing from my work. That was one of the moments where I was like, ‘Fuck this – I wanna make music that people can dance to.”

Currents released on July 17, 2015 is nothing short of an opus. An epic, sprawling blend of psych rock, electronica, disco and dream pop, Currents is an album that blew my mind from the very first time I listened to it, and every time since. A Modern Classic. 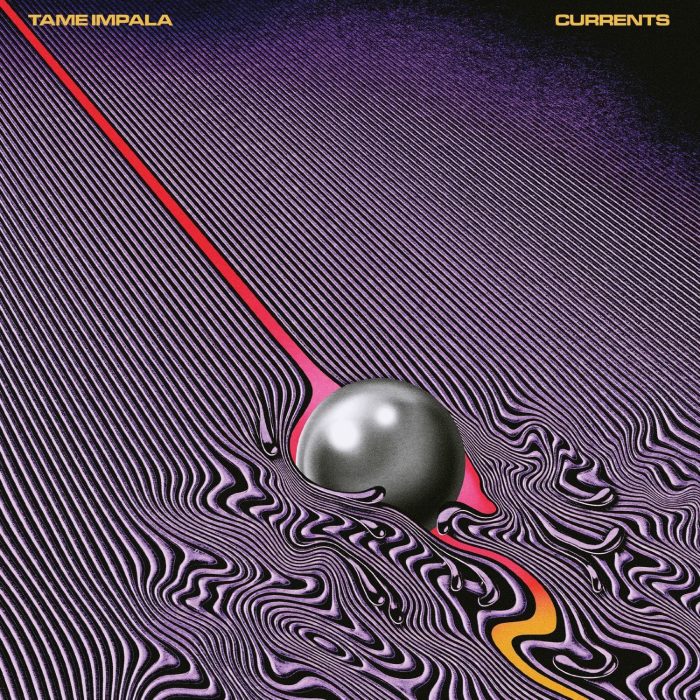 As I continue with these notes and thoughts about Currents, I must observe that the ability to dissect song elements and their sonic and emotional connections via one of our in-person Classic Album Sundays events will be sorely missed when it comes to this album. For me personally, and by the account of many others, Currents is an emotional tour de force that deconstructs, and sometimes obliterates, the rules of song arrangement and construction and puts them back together in a way that fundamentally expresses and elicits very specific and relatable emotions with each sonic building block. With his painstakingly arranged synthesizer compositions, drum loops and fills, guitar responses and hallmark falsetto vocals, Kevin Parker created a masterpiece that I will try my best to contextualize a bit.

Listening to Currents, it is immediately apparent that this music is coming from a special place; a place of someone with a vision, an emotional source and the unfettered motivation to explore and build. About the underlying emotional journey of Currents, Parker said:

“The anxieties and self-doubt on Lonerism – both thematically and musically – was something inside of me that I just had to get out and with that album I felt like I’d fully flushed that side out of me. With Currents, I had this burst of confidence. I decided that I wanted to make weird pop music, and I wasn’t afraid to make pop music and stand behind it. I just wanted to make silky disco-pop and anyone who says that they don’t like that kind of music is missing out.”

Parker also credits British pop-producer Mark Ronson with helping him have the courage to break the rules, saying “Mark’s a big reason why I had the confidence to do what I did with Currents. He showed me how pop music could have such a craft to it.”

If we read between the lines a little bit, Parker was going though a journey to set himself free. While many people have interpreted the personal transformations taking place on Currents as the result of Parker’s breakup with French musician Melody Prochet, I have related to this album more as Parker has described it: as a conversation with himself on adulthood.

Parker himself has downplayed the notion that the album was entirely aimed at former lovers and likened it to an inner monologue: “It’s really me talking to myself, another part of myself… to my old self, the part of me that resists change and wants me to stay as I am.” He goes on, “There’s no point in making music unless you’re discovering a new part of yourself.” 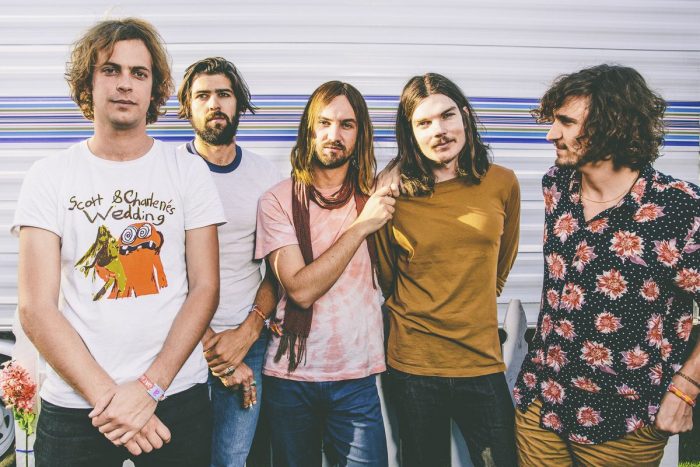 Currents was recorded, produced, and mixed by Kevin Parker at his beachside home studio in Fremantle, Western Australia. The two-room studio contained a minimal amount of equipment: “a ramshackle drum kit, a guitar covered in duct tape and some battered vintage synths.” In an adjoining room, he began designing the light show that would accompany live performances of the album by using automated stage lights on stands.

Recording the album soon became an obsession to Parker, as he worked “all day, every day,” growing increasingly isolated. He said, “At some point, life outside the studio fades into the distance. That’s how I know that I’m into it.” He reasoned that any alternate approach would imply that the music was not powerful enough.

Half a decade on, Currents remains a spectacular listen and sees Parker fully embracing his love of rave culture and classic pop. Take the ‘70s strut on ‘The Less I Know The Better’, or The Chemical Brothers-indebted ravedelica on ‘Let It Happen’ as proof of his emboldened creativity. Those tracks are complemented by bewitching instrumental interludes (‘Gossip’), sultry slow-jams (‘I’m A Man’), psych-surf-pop (‘Disciples and The Moment).

The theme that most resonates for me from Currents and that I always return to is that of freedom through acceptance. Acceptance of self, acceptance of the world and its uncertainties and inevitabilities and the freedom that comes from that acceptance. Full entrance into and embrace of adulthood.

Immediately upon hearing Currents for the first time, the album’s psych-pop sensibilities conjured The Beach Boys for me. But if The Beach Boys went on the best acid trip ever and hopped into a time machine into the 21st century. The Beach Boys represented their own sense of freedom in a transitional period of the 20th century. Aside from Johnny Cash, The Beach Boys were my father’s favorite band and I think about the freedom that The Beach Boys must have offered 1960’s youth from 20th century traditionalism. Freedom from the expectations of society and parents to have fun, take a drive, go surfing and generally explore adulthood on their own.

The freedom found in Currents is a uniquely 21st century freedom and one that has deeply resonated with me and others that I enjoy this album with. Where the anxiety of mid-20th century youth may have focused on traditional expectations of society, Currents played a vital role in my being able to identify a freedom that I was seeking. The 21st century, with its anxieties produced by the constant angst of social media, global events and general agita at the intersection of self-identity and the external world, often has created an unnamed paralysis. Without ever exactly knowing we needed it before we got it, Currents helped identify our anxieties and cure our paralysis by showing us a path to freedom via acceptance.

To discuss some of unique and revolutionary elements of the songs on Currents:

Let It Happen: 7-minute epic track. Who starts an album like that?! The spacy turndown around 0:50 and return to drums at 1:28 reinforce themes of an inevitable power and release and submission. The synths at 2:50 almost make no sense, except that they do. The use of repetition and loops is meditative. The orchestral composition around 4:00 with the Tame Impala hallmark “skip” loop element are amazing. Pop drums return around 4:45 then keys that kickoff like a whole other dance track. Meditative vocals again at 5:30 using a vocoder voice synth device. Sharp guitars start at 6:15 and the outro vocals around 7:10 reference a unique Tame Impala element of new sounds during an outro.

The Moment: “In the end its stronger than I know how to be”. Introduction of themes of release and submission over a meditative dance-psych track. “In the end it’s coming there’s nothing left to do” further suggests external otherworldly forces. “It’s getting closer”. What’s getting closer? We don’t know so enjoy The Moment. Guitar transition at 2:20 rebuilds the tension of the unknown and encouragement of celebrating The Moment within the unknown. Again, new sonic elements in the outro are introduced.

Eventually: Again, who starts a song like this only to return to a softer sound. Hard guitar element at 0:49 and transition at 1:10. “I know that I’ll be happier and I know you will too”. Dreamy vocal landscapes over the hook “Eventually”. New synth sounds and elements at 3:20 along with a higher pitch carries the melody into the second half of the song where there seems to be some kind of emotional resolution. 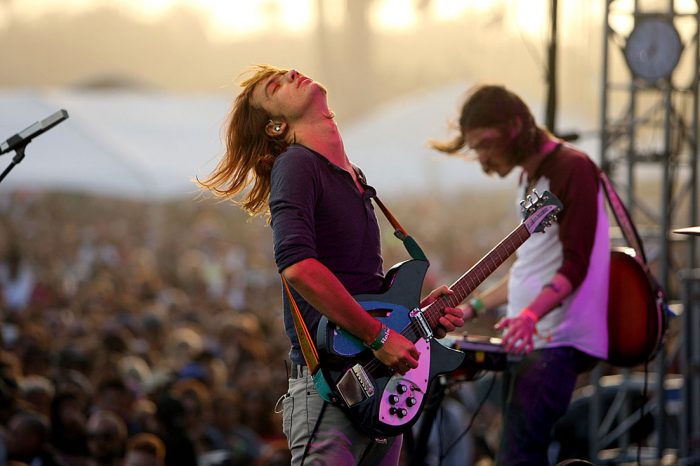 The Less I Know The Better: Amazing guitar pop start with immediate intro of drum fill elements. This is probably the album’s most straight ahead pop song structure and story. A transition at 1:10 renders the song more melancholy, desperate and self-aware. Drum fills at 2:15 reinforce the song’s relate-ability as a track about loss and longing. “I was doing fine without you, til I saw your eyes turn away from mine”.

“When I was writing it, I didn’t necessarily think it was the best song, but I knew that it ought to be a smash hit’,” he laughs. “I’ve never thought that about another song since that one.”

Speaking on the album in 2020, Parker says “The longer it’s been since Currents, the more it becomes an enjoyable and nostalgic experience,”. “Five years feels this sweet spot where I can really enjoy it. When I look back at that time, I get a snapshot of who I was, what I was feeling and what I was going through. I can see myself so clearly when I listen to it.”

We’re right there with you Kevin.