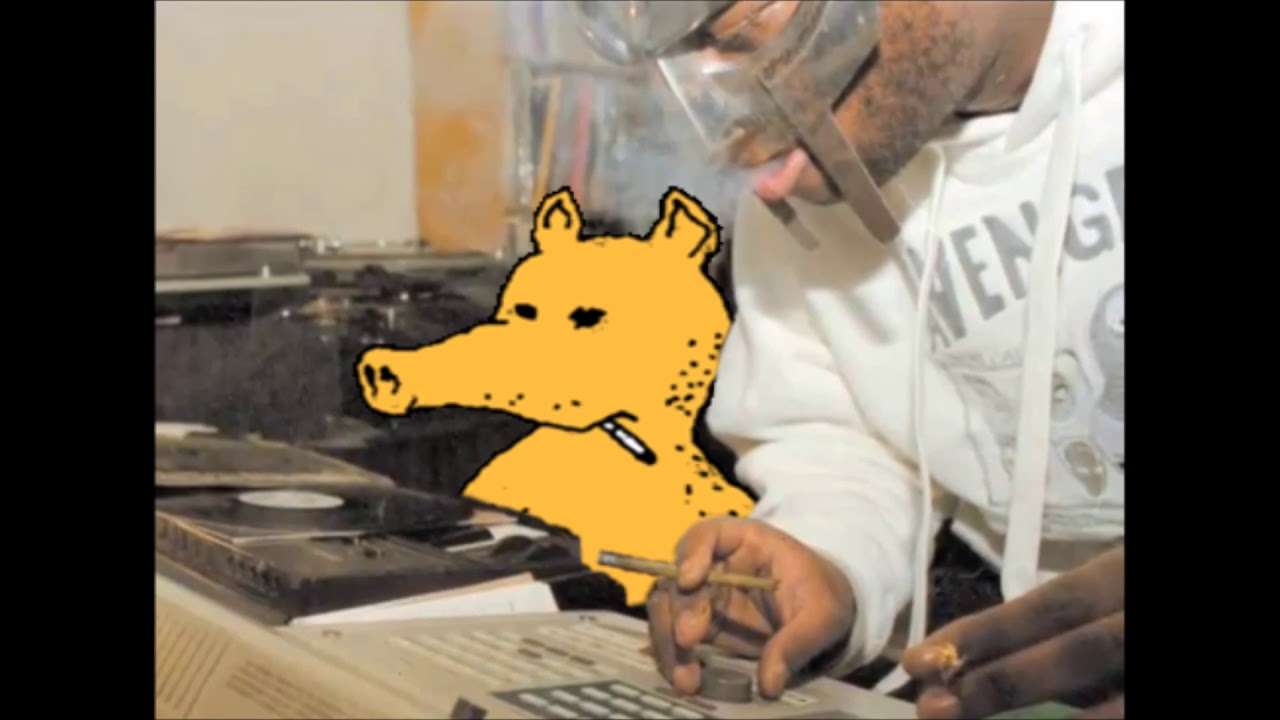 A trip through Madlib’s discography is like walking through the world’s most bountiful record shop. Drop into any of his solo or collaborative projects and you’re likely to come away with a clutch of new obsessions, sparked by a goofy vocal clip, a tantalising sample, or a burst of irreverent lyricism. There has always been an understated mythology surrounding the Californian producer’s work that celebrates the nerdy obsession of collection – the externalising of your identity through objects of cultural and personal value. But Madlib is not just a curator. And this is exemplified in the creation of Quasimoto; his foul-mouthed, brick-wielding, cartoon-faced alter-ego. 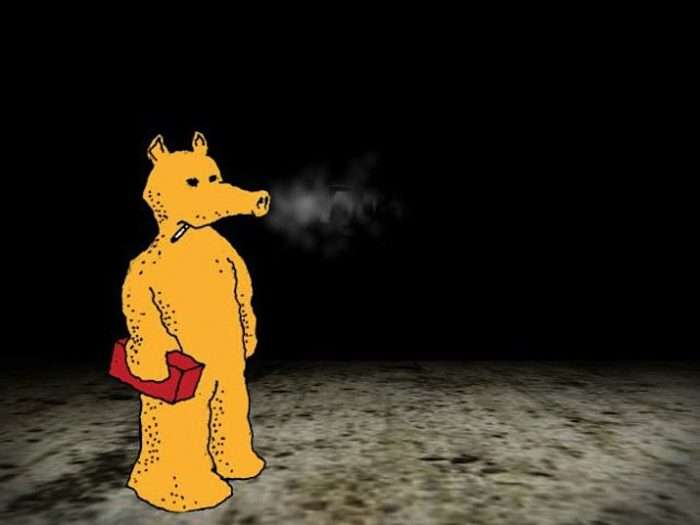 Quas made his first appearances as part of the Stones Throw roster on late ‘90s releases from Peanut Butter Wolf and Lootpack. Sticking out like a sore thumb, his helium soaked, lackadaisical flow blurred the line between a psychedelic mirage and a self-assured gangsta rapper. He was a stoner daydream brought to life, but instantly popular with head honcho Wolf, who, after hearing rough demo tapes, encouraged Madlib to explore the character further.

Having already released a handful of EPs and albums as part of Lootpack, Madlib had yet to release a full length solo project. Teased as “the Barry White of rap” thanks to his deeper than average intonation, he was often dissatisfied with the sound of his own, unaltered voice on record. Nonetheless the producer had devised a means of circumventing this insecurity; recording his raps at a slower tempo, then speeding up the tape to reinvent himself as the mysterious Lord Quas.

This left-of-centre approach was encouraged at Stones Throw, whom, in the early 2000s offered a good-humoured alternative to mainstream hiphop. As the latter reached its commercial peak, Wolf’s label stuck true to a golden-era aesthetic, updated slightly for a west-coast stoner crowd that encompassed indie fans and hipster crate-diggers. Besides Madlib it has since been home to the likes of J Rocc, Dâm Funk, and the late J Dilla, who released Donuts, his magnificent homage to the beat-tape, on the label in 2006. 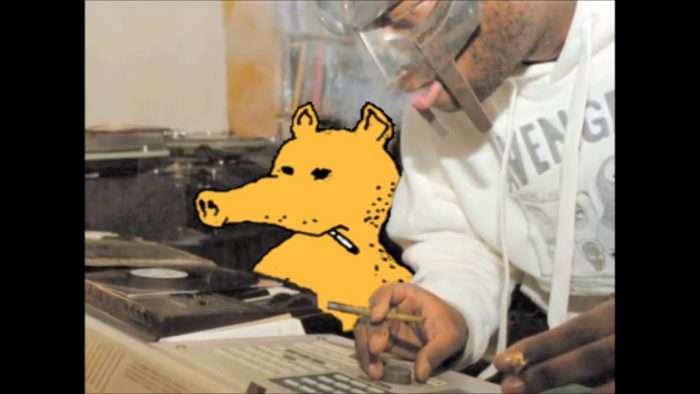 After a month spent munching on magic mushrooms in his studio, Quasimoto surfaced with his debut full length in June of 2000. Instrumentally, the album bore all the hallmarks of Madlib’s scatter-brained production style – a psilocybin-laced stew of funk, prog, jazz, soul, and blaxploitation samples. Since sampling his first record at the age of eleven (‘Sucker’ by The J.B.’s), the producer had amassed a vinyl collection now estimated to weigh around four tonnes – a catalogue which is augmented by two studio rooms housing a further library of instruments.

Educated as a child by his father’s extensive jazz collection, Madlib had also been inspired by De La Soul’s 1989 debut 3 Feet High And Rising, and it’s incredibly broad range of samples. Listening to The Unseen, you can almost hear the records tumbling off the shelves and see the dust clouds filling the air. ‘Real Eyes’ samples around fourteen separate records, including Dorothy Ashby, Funkmaster Flexx, and an acrobatic flute hook from Arawak, yet sounds incredibly cohesive as each part of the same symphonic whole. But the brevity of the album’s twenty-four tracks establishes a channel-hopping, dial turning aesthetic which plays something like an audible comic strip.

Yet to be visualised as a yellow-skinned creature by artist Jeff Jank, Quasimoto’s cartoonish yet menacing presence articulates the violent fantasies of the gangsta rap subconscious. Whilst it takes some of the sting out of his threats, his mosquito-pitched voice evokes a shoulder-hopping, mischievous imp, whispering in the ear of his companions like a miniature devil inciting an horrific agenda. His lyrics further highlight his surreality, with talk of “sniffin’ paint laced, flyin’ up outta space”, and claims that he’ll have you “slavin’ in my dungeon while I’m eatin’ swordfish”. Madlib’s voice appears surprisingly often throughout the record, perhaps as a chalk and cheese contrast – the relatively calm call of reason to Lord Quas’s unbridled lust for chaos. 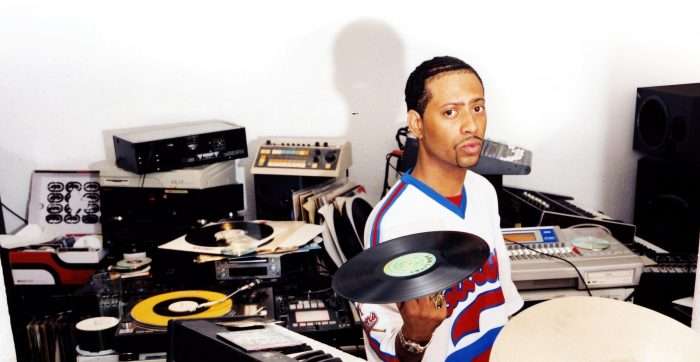 Whilst it wasn’t a major commercial hit, The Unseen marked the big reveal of a previously anonymous character, and cemented Madlib’s place as one of the major stylistic innovators of a genre many had considered to be fading from relevance. Mirroring the likes of Gorillaz – ex-Blur frontman Damon Albarn’s imaginary anime band – Quasimoto was a creation built for the broadband era, in which the visual and interactive elements of music matter just as much as its sonic qualities. Far from a minor gimmick, the creation of the alter-ego offers liberation from restrictive public perceptions, and perhaps personal inhibitions, allowing for a whole new way of engaging with a multi-media audience. Hiphop, for all its controversies and shortcomings, has engaged with this principle like no other genre, embracing meme-culture to help smooth some of its rougher edges. It’s hard not to see Quasimoto as the prototypical example of this very modern condition.