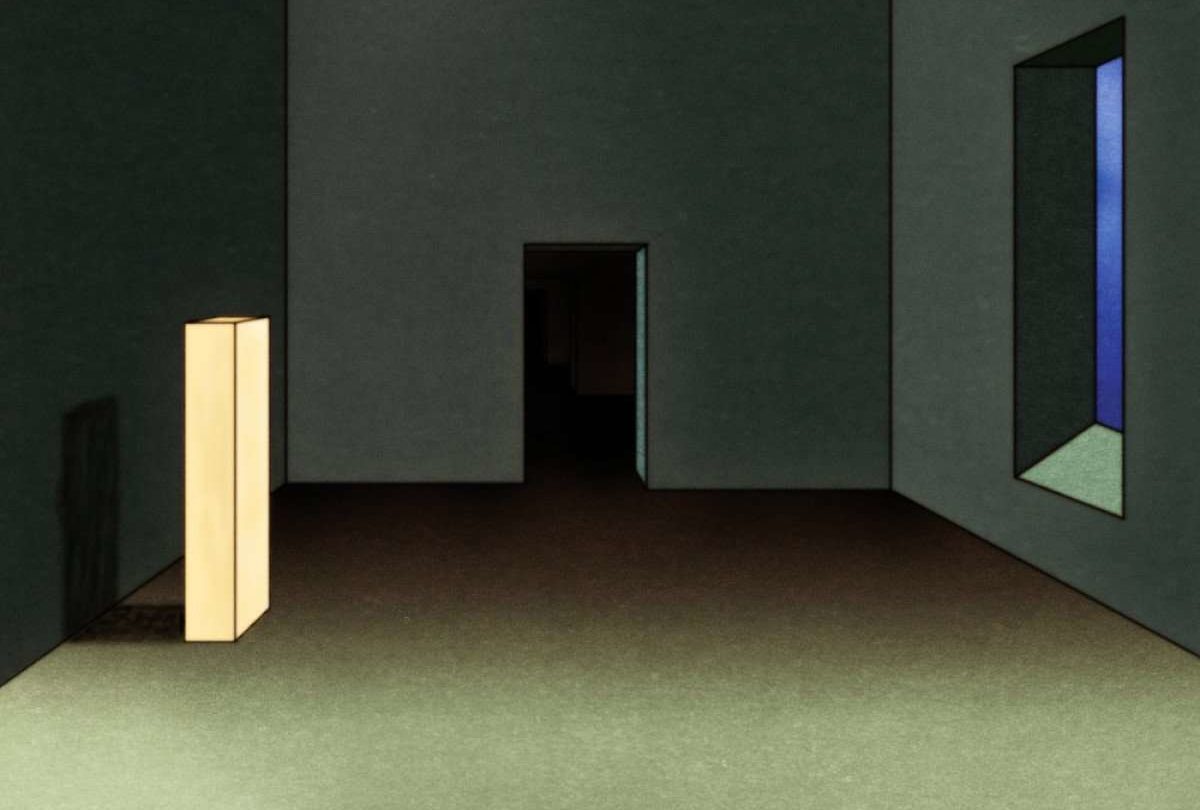 One of the most visceral, pulse-quickening films to grace the silver screen in 2019 was undoubtedly Josh and Benny Safdie’s Uncut Gems: a 160 minute panic attack brought on by Adam Sandler’s habitual gambler Howard Ratner and his increasingly ill-judged decisions. Whilst the visual frame glistens with the jewels of New York City’s Diamond District the film’s musical score pulsates and soars with a cosmic intensity that imbues Ratner’s impending doom with an almost mythic quality. This is the sound of Daniel Lopatin, AKA Oneohtrix Point Never, an artist who has, over the course of the 21st century thus far, created a body of work so unique in its balance of intricate studio sound design and bold thematic power that it breathes new life into modern synthesised music.

Lopatin’s recent transition to soundtrack work as a regular Safdie accomplice further underlines the singular nature of his standalone studio albums, as well as their latent cinematic potential. The child of Russian emigrants, he grew up with his parents’ adventurous music collection and his trusty Roland Juno-60 synthesiser, which would spur the young musician on to perform in bands at high school before his first forays into solo production. Post-modernism was a vital aspect of his work from the very beginning, be it in the ‘80s pop revivalism of Channel Pressure (with Joel Ford as Ford & Lopatin) or his early “Eccojams” constructed using micro-samples and pitched down vocals from recognisable chart hits. As Oneohtrix Point Never, Lopatin drew attention to the dystopian, erotic, consumerist undertones of electronic sound, mapping out sonic blueprints that channel JG Ballard as if refracted through an acid trip.

Returnal, his major label debut, hints at the developments to come. Highlights such as the eerily blissful ‘Stress Waves’ and the seductively discordant ‘Pelham Island Road’ twist and knot currents of sound into uncanny drones that ooze out of the speakers like water running through a new-age spa retreat. Synthesisers are not used in a straightforwardly ‘futuristic’ way – here they sound like slightly dated relics of an earlier age, coloured not so much by the shock of the new but the recalibration of our nostalgic appetite for ‘80s commercials and ‘50s sci-fi soundtracks. In both its emphasis of artificiality and construction of elegance Lopatin’s music expresses a cognitive dissonance that typifies the 21st century’s cultural hinterland.

The Oneohtrix Point Never sound is a constantly evolving phenomenon and nowhere is that more apparent than on R Plus Seven, the producer’s sixth studio album, released in 2013. Lopatin’s first album with electronic institution Warp was also his first to discard the Juno-60 in favour of a more extensive use of MIDI (Musical Instrument Digital Interface) based software synthesisers and digitally augmented compositional processes. As ever the musician’s conceptual preoccupations formed the guiding principles of the album’s creation, and this time he was particularly in thrall to the work of visual artist Takeshi Murata whose hyperreal digital images of glossy household objects were an analogue to Lopatin’s sense of “domestic bliss”. In the video for R Plus Seven’s lead single ‘Problem Areas’ Murata’s objects sit on display like pieces in a digital art gallery – alluringly textured yet so boldly coloured that they outshine their “real” counterparts.

A certain squeakiness and plasticity characterises the pinpoint precision heard across the album. Sharp and fast melodies puncture the empty space and render themselves clearly as if inviting close inspection. On album opener ‘Boring Angel’ the pensive, divine drone of an organ is ruptured by the explosive burst of an arpeggiated synthesiser expelling notes with the pace and clarity of little neon bullets. The strange evocation of an imagined cathedral is jarring – a place intended for quiet reflection is invaded by hyperactive spirits, thrusting an ancient institution into the unrelenting rhythms of the modern world. Time and speed are again restructured on ‘Zebra’ as staccato bursts of sound are juxtaposed with the heavenward sighs of a synthetic choir and the slow mourning chimes of a piano, the tempo and phrasing split apart as if on a multi-tiered treadmill.

Despite the relegation of analogue warmth and the amplification of digital alienation, Lopatin’s music remains undeniably lyrical and deeply felt. On the moving album closer ‘Chrome Country’ we are presented with several hallmarks of his artistry – brief, haunting snatches of sampled sound, finely carved synth chords, unconventional harmonic layering, and the touching yet disquieting use of a disembodied digital choir preset patch. All merge into one melancholic ballad which neatly illustrates the composers command of musical narrative as a means of expressing complex and increasingly visual ideas.

Oneohtrix Point Never’s eventual progression towards music supplemented by vocals seems to be the logical path of development for a musician who constantly reshapes his work to accommodate new ideas. On recent albums such as Age Of this has resulted in what sounds like a digitally-augmented reincarnation of the folk singer-songwriter – a figure wrestling complex existential questions with the tools at his disposal and the voice of his perspective. It is this autobiographical area of electronic music that continues to be one of the most exciting areas of expression and innovation today. As Lopatin begins to soundtrack the images of others he nonetheless continues to evoke fascinating ones of his own.