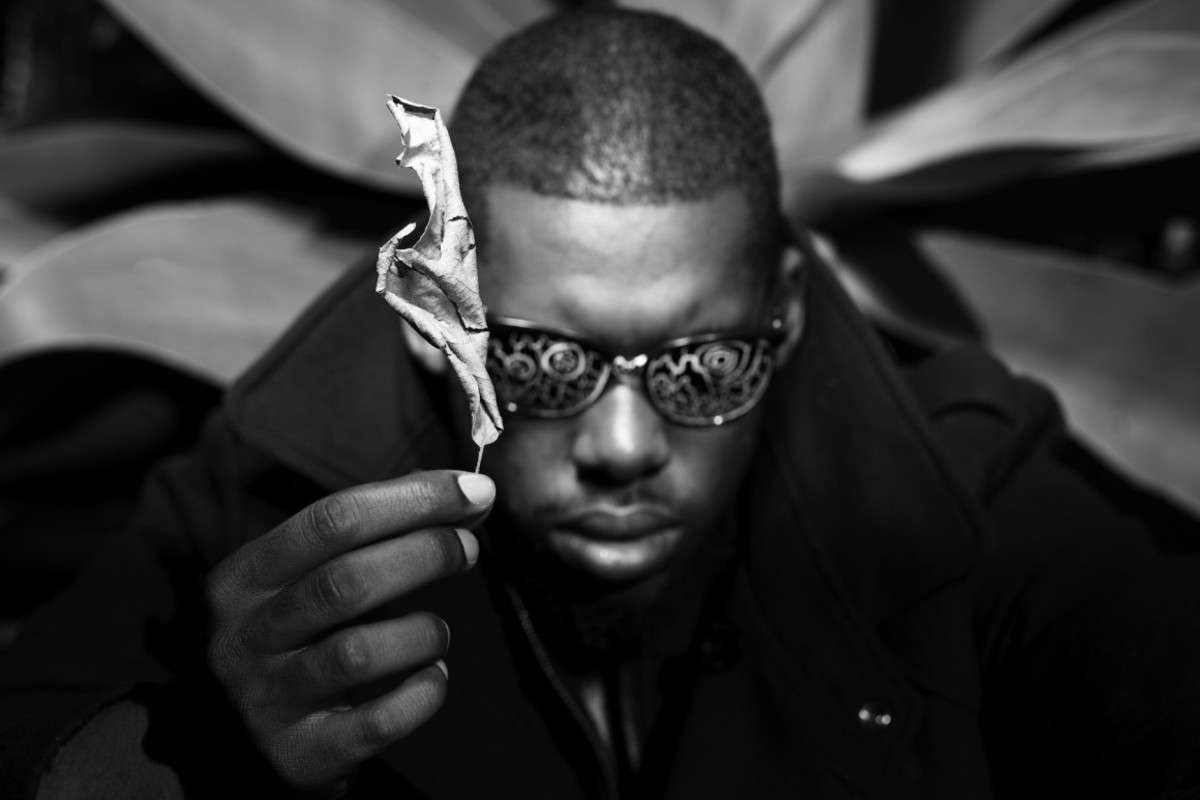 If musical skill is genetic, Steven Ellison hit the hereditary jackpot. The great-nephew of spiritual jazz pioneer Alice Coltrane, and the grandson of Motown songwriter Marilyn McLeod, his career follows in the footsteps of two era-defining talents in the continuum of African-American music. With such ancestry it would be hard to deny the creative impulses so readily encouraged within the family. And so it was in his grandma’s Los Angeles home, where Ellison worked tirelessly to build his own musical legacy; a chaotic and cosmic blend of soul, hiphop, and electronic sound, that would bear the unmistakable hallmark of Flying Lotus. 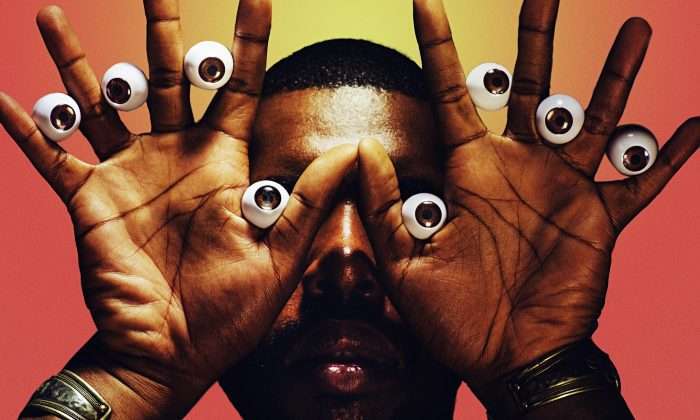 A nerdy and introspective child, Ellison was lucky enough to grow up surrounded by expensive musical hardware. A plethora of synthesisers and drum machines filled every space, and throughout his youth he would watch his grandma working away on new compositions. McLeod had risen to prominence in the mid ‘70s writing major hits, including Diana Ross’s number one single ‘Love Hangover’ and Freda Payne’s “I Get High (On Your Memory)”, and later working with Northern Soul DJ Ian Levine, for his label Motorcity Records, throughout the ’90s. Ellison had always been curious about his grandma’s work, but shied away from singing, preferring instead to submerge himself in the technical intricacies of the recording process.

The aspiring producer had started making beats around the age of sixteen, but his style of composition was far more abstract. By 2006 he was interning at the legendary indie hiphop label, Stones Throw, meeting the likes of Madlb and the late J Dilla whilst working in their offices throughout the day. At night Ellison would retreat to his bedroom to record his debut album, 1983, which would introduce his incredibly eclectic vision by combining traditional eastern sounds, Japanese synth-pop, and jazz-inflected melodies. In the same year, he would also participate in Melbourne’s Red Bull Music Academy, before signing to electronic powerhouse Warp Records.

With a name inspired by lucid dreaming, Flying Lotus swiftly became one of the defining acts of LA’s burgeoning beats scene, drawing on the psychedelic heritage of the west coast via the fantasy of video-games and anime. Ellison’s 2008 sophomore release, Los Angeles, was a dedication to his hometown and its musical pioneers, but written in a now trademark afrofuturist style, combining alien electronic textures with Dilla inspired syncopated rhythms. Flying Lotus was was honouring the past whilst imagining the future. 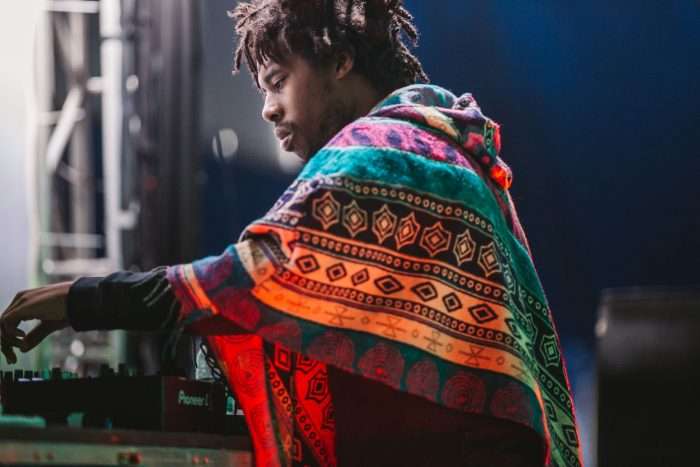 Cosmogramma would further hone this multi-directionality whilst confronting some painful life experiences. In January 2007 Alice Coltrane passed away, leaving behind an impressive musical legacy and an Ashram full of spiritual devotees. Ellison had been listening to one of her recorded speeches about death marking our release from the “cosmic drama” when he misheard the phrase as “cosmogramma” – a word that he later realised already existed as a way of describing the study of the universe, heaven, and hell.

Read: The Story of Alice Coltrane ‘Journey In Satchidananda’

This strange word took on greater meaning a year later when faced with the death of his mother due to complications from diabetes. Whilst she was in the hospital Ellison had used microphones and mobile recording equipment to capture several evocative sounds from her room, including medical equipment such as respirators and monitors, in an effort to preserve his own thoughts and feelings during this traumatic experience. The recordings were later moulded into samples, several of which feature prominently on the album’s triumphant finale, ‘Galaxy In Janaki’; a song which renders genuine beauty with the sounds of dwindling life.

The grieving process did not prevent Ellison from immediately diving into the recording process. Besides being a cathartic exercise, the project had introduced the producer to several important collaborators that would help shift his music towards more organic and improvisational influences. After founding his Brainfeeder label in 2008, Ellison had developed a strong creative relationship with the virtuoso bass player and vocalist Thundercat, who would have a major influence on Cosmogramma’s free-flowing musical style. Later going on to release his own acclaimed solo albums, the musician’s agile melodies and smooth vocals appear frequently across Ellison’s project, most notably taking centre stage on the cosmic r&b jam ‘MmmHmm’, on which Thundercat sings wistful lyrics atop a hyperactive yet measured instrumental. Thom Yorke also makes a strong vocal appearance on ‘…And The World Laughs With You’; a glitchy, paranoid pulse that draws from the same pool of introspection as Radiohead, and signifies Yorke’s ever-growing interest in modern electronic production. 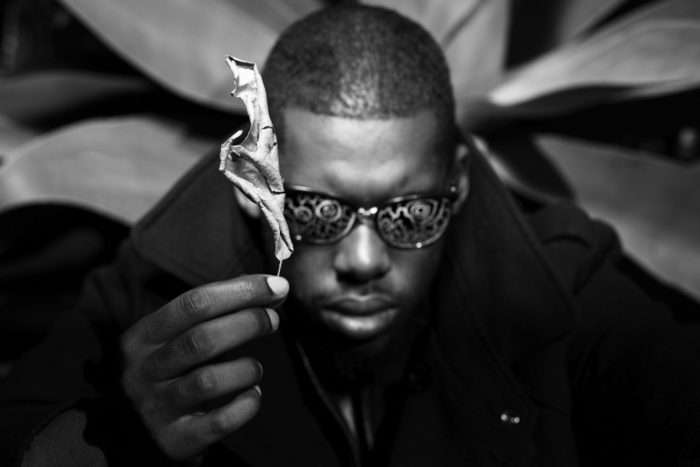 Cosmogramma manages a near perfect blend of Ellison’s many influences – most notably jazz and video game music, which give structure and meaning to the album’s controlled chaos. On tracks such as ‘Pickled!’ furious bass lines rush through the stereo field like characters on an arcade screen, as synthesisers bridge the divide between the digital and the cosmic. More live instrumentation than ever had become part of the producer’s arsenal, which now included strings, bass, saxophone, trumpet, and keys. Brief flourishes of harp decorate tracks, such as “German Haircut” and “Drips//Auntie’s Harp” – a touching salute to the pioneering work of his late elder, to whom the album is overwhelmingly dedicated. Like Coltrane, Ellison had created the illusion of great time and distance within a deceptively small, album-shaped space.

More than any other LP, Cosmogramma confirmed the cinematic ambition of Flying Lotus, which has only grown across his subsequent albums. Having soundtracked cartoons for the Adult Swim Network since 2006, his genre-hopping music has since become a major touchstone for experimental indie film makers and appeared in major sci-fi franchises such as Blade Runner. The producer also offered his own cinematic vision in the form of Kuso, a gross-out body horror that somehow visualises the frankenstein-esque subconscious that underpins his music. There are plenty of words you could use to describe Ellison’s work, but “boring” is rarely one of them.

Read: Boards of Canada ‘Music Has The Right To Children’ By Jim Poe