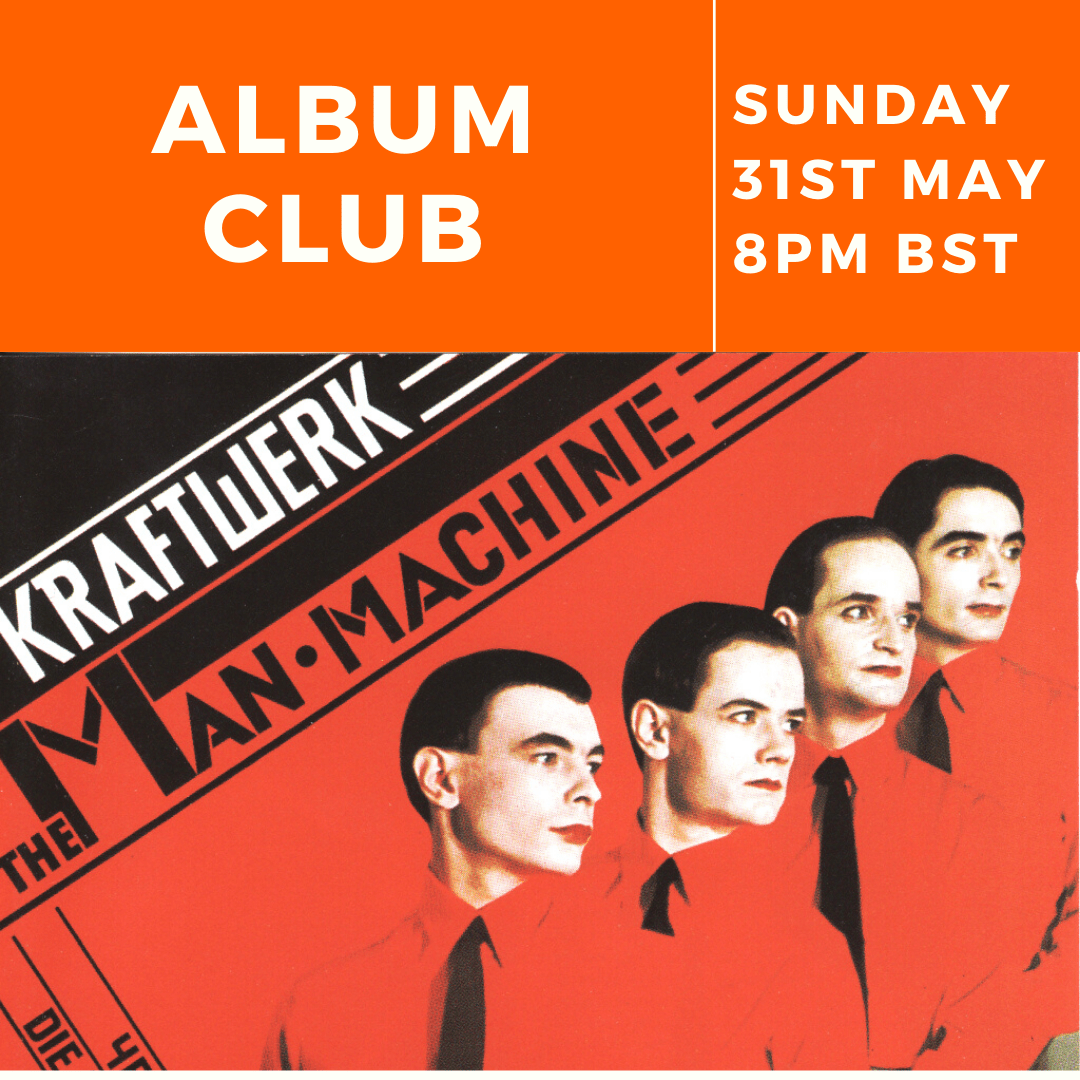 Our Album Club Members voted and we listened! The winner for our May Album of the Month is Kraftwerk’s The Man-Machine. This will be our featured album for the first Album Club event on Sunday 31st May at 8 pm BST. If you want to join us for the session, but not sure if you would like to continue attending afterward, you can Subscribe as a Member for £10 for this month only and then unsubscribe after the session.

Personally, we’re happy that our Members have chosen this album and not only because Colleen dressed up as Kraftwerk for her neighbour’s Halloween party last October (she went solo and had a lot of explaining to do). We put this album forward for the poll as we felt that Kraftwerk are the architects of modern electronic and pop music and felt we should honour the recent passing of Florian Schneider. We’re so happy that our Members felt the same. 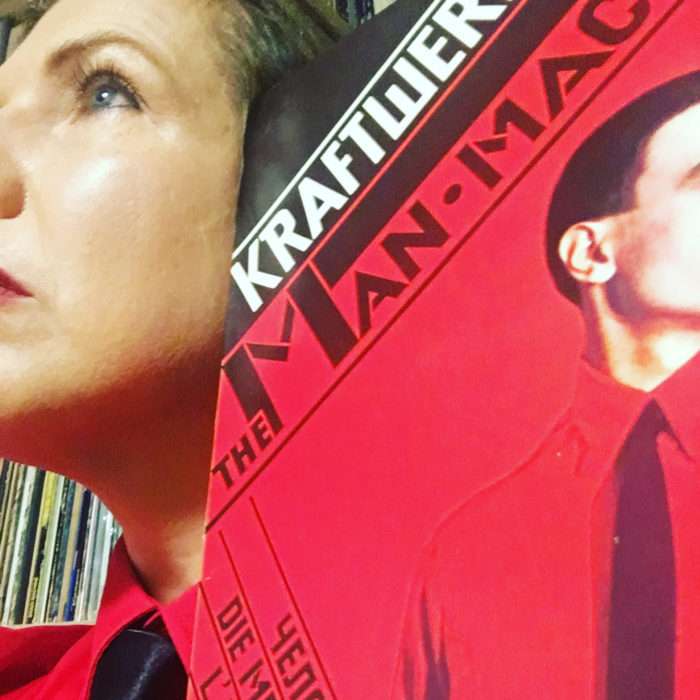 The two albums that were runner-ups were Joni Mitchell ‘The Hissing of Summer Lawns’ and Prince ‘Sign o’ The Times’. Both of these albums deserve to be Albums of the Month at some point in the future, and will be put on the poll in June.

We look forward to seeing you all at The Album Club on the 31st May! Thanks for listening.