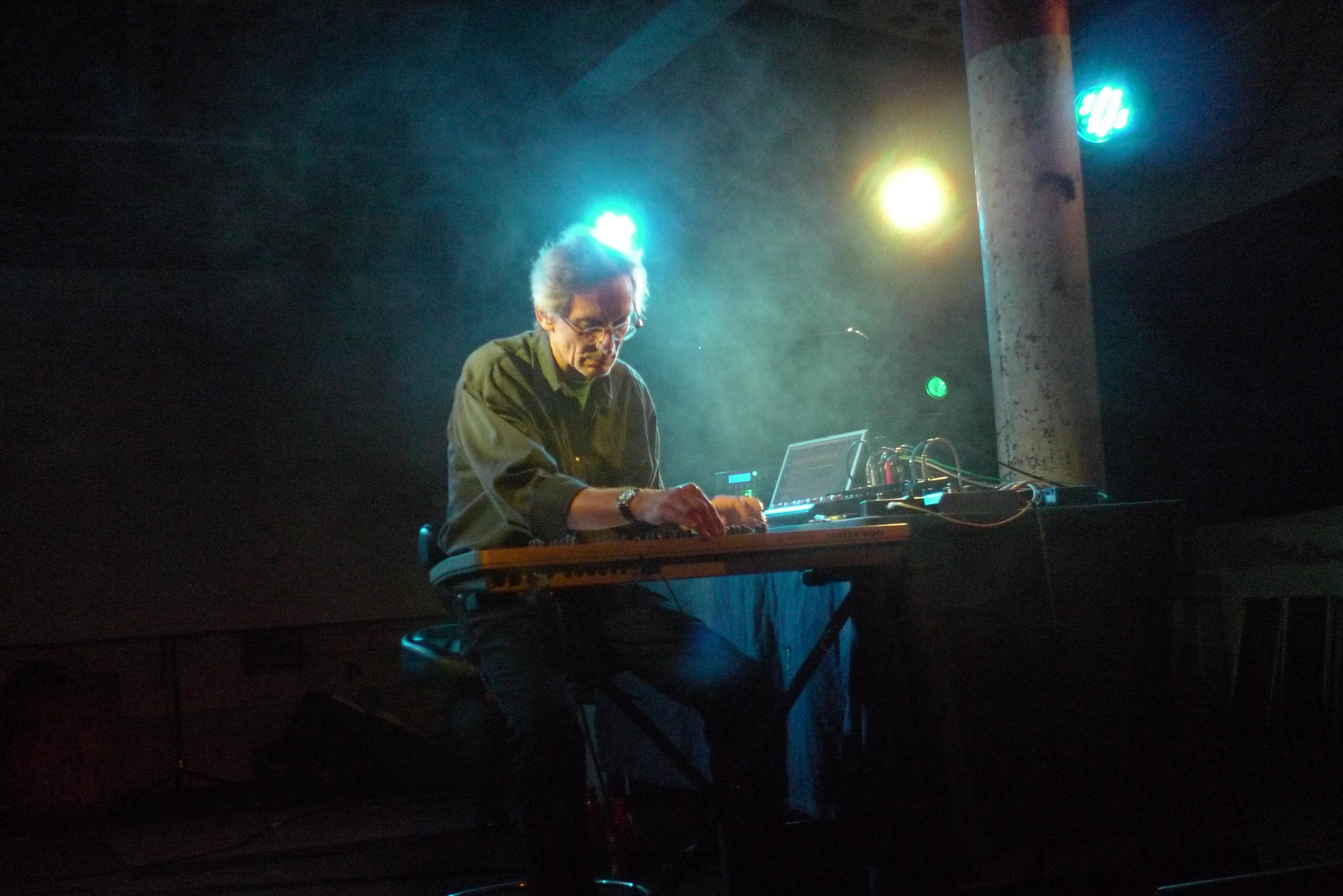 Most people hold a recollection of the first time they heard Manuel Göttsching’s ‘E2-E4’ album. It has a gentle, benign quality that you can’t help but take notice of whilst listening to it. It pulls you in. And, similar to Reich’s ‘Music for 18 Musicians’ or Oldfield’s ‘Tubular Bells’, it is a unique composition that clocks in at almost one hour – and leaves you wanting more. Like those albums, ‘E2-E4’ follows the standard western music convention of resolving its opening statement, i.e. Introduction – Middle section – Conclusion, but soon establishes that it has little intention of progressing any harmony or melody. Rather, it repeats a very simple modulated synth riff ad infinitum. By the time it’s got its groove on, ‘E2-E4’ has set up the ideal conditions to induce a soft trance-like state. No wonder it was so popular with Manhattan’s nascent after-hours clubbing community in the mid-80’s. The album title refers to the guitar’s low string, tuned to E2; its high string to E4. Want more pun? That’s in the cover art. E2 to E4 is the most popular opening sequence in a game of chess.

In 2010, I was fortunate to meet with Manuel and his film documentarist wife, Ilona Ziok in Berlin. They graciously invited me to dinner and, acting like alternative city guides, pointed out Bowie’s apartment when he was recording “Low”. Over the next two and a half hours, we ate at their favourite Italian restaurant whilst Manuel went through his entire archive of recordings in chronological order. He and Ilona provided social and political commentary, providing context to the music and Germany during the post-war years. In particular to this album was the recollection when he played the demo tape to Richard Branson, original founder of Virgin records, in the early 80’s. Göttsching was concluding an album deal with the label at the time. It was open-ended and he could have continued with this recording, but for the fact that record labels were changing dramatically, taking on more commercial acts. Branson was cradling a new born baby in his arms as the music played. “Manuel, this is great music,” he remarked. “You could make a fortune with this.”

Perhaps that was all the validation he needed. He decided to keep the music with him for the time being. ‘E2-E4’ was eventually released in 1984. It had been sitting in the studio vaults, along with many more recordings from Studio Roma. When a friend announced he was setting up a new label for experimental music, Göttsching offered him ‘E2-E4’. I wonder how many of the initial pressings made their way over to the US. It was a few years later when friends started to tell Manuel that some of New York’s cutting edge DJs were playing it at the end of very long sessions. In Germany, it had been largely ignored, he recalled.

Ironic that given today, there are German online forums declaring that ‘E2-E4’ is as important as Beethoven’s ‘Ninth Symphony’, in terms of musical development. They have dubbed him ‘Manuel van Beethoven’.

This is the early Rolling Stones that I loved, long before they became a “rock” band. Music in the tradition of Rhythm and Blues and the first album where they composed all of their songs. I loved the organ on ‘Stupid Girl’, and ‘Goin’ Home’ with its 11-minute length was exciting and very unusual for an album at the time.

I remember, I was with friends painting the walls for a party-room when we listened to this album, and spontaneously my school friend Hartmut Enke and I decided to create a band and play music. The story began…

An everlasting beauty, floating rhythms, songs melting one into another, the Santana band at its peak. It creates just a beautiful, relaxed atmosphere, which you might consider today as “ambient” or “chillout”. This album surely had an influence on my music.

A masterpiece!  I was at the European premiere of ‘Music for 18 Musicians’ at the Metamusik festival in Berlin 1976. I was overwhelmed by the power of the performance, by the composition, which was exactly the minimalism that I favoured. And I was especially fascinated that the ensemble was playing only on classical instruments – no electric or electronic equipment used, which was absolutely “en vogue” at the time.

Minimalism at its best. I went home after the concert, thinking that I will have a lot to do…

I heard this music at a party in New York in summer 1977. People were dancing and the song went on and on and on.

Finally, I found out that the DJ was playing tricks in repeating the track multiple times, without any recognisable break. This was completely new to my ears as I was still used to the old-fashioned scheme: song after song / fade-in fade-out.

It was there that I realised that the DJ will have a different role in the future. Not simply playing record after record, but starting to create new arrangements and combinations out of these records and finally create new music himself. And that’s what happened especially in electronic music many years later.

Nevertheless, I loved most of the Motown records, and I always like to listen to them – on and on and on…

Just beautiful, and a great composition indeed. I consider it as another kind of minimal music, written long before the term was invented.

Very few notes, but every note is set carefully. It is truly minimal, yet very melodic.

The Story of Kraftwerk ‘The Man-Machine’