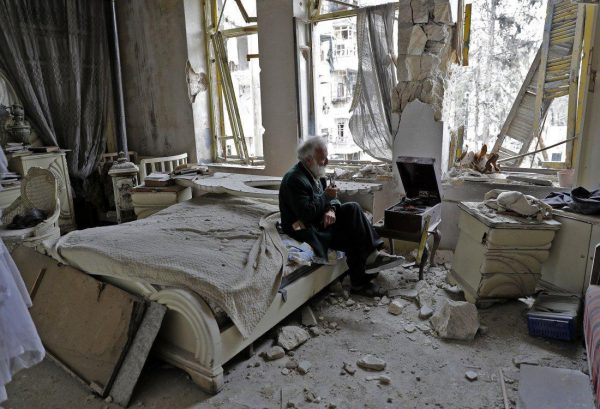 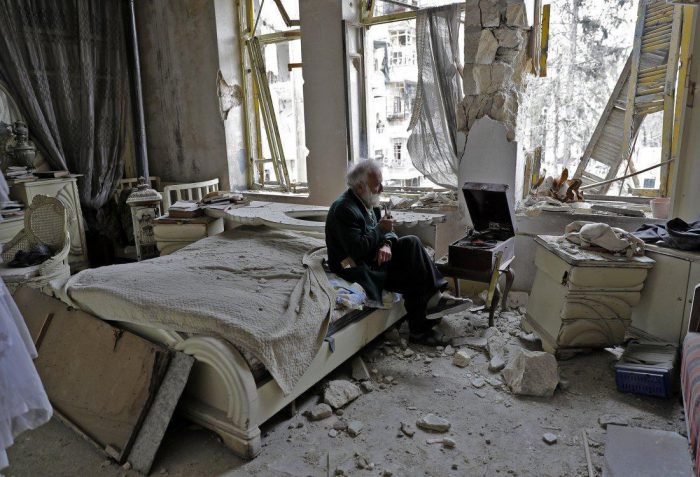 It’s been six years since the devastating Syrian civil war began, with Aleppo, the most populous Syrian Governorate, bearing especially deep wounds from the bitter conflict waged between the Assad regime and rebel forces.

Amidst the countless and horrifying images of scattered rubble and abandoned buildings broadcast daily, it’s sometimes easy to forget the human lives entangled in this chaos – which is perhaps why the recent viral photo of Aleppo resident Mohammed Mohiedin Anis sat on his bed listening to his record collection amidst dismay and damage has struck such a resonant chord.

As the Independent reports, “The haunting portrait taken by AFP photographer Joseph Eid is as perfectly composed as a painting. It has commanded attention around the world since its publication on March 9 for encapsulating not just the destruction of Syria’s brutal civil war, but the Syrian people’s determination to soldier on despite their circumstances.”

The photo is a result of photographer Joseph Eid’s recent trip to Aleppo, to document the lives of the residents who remain in the decimated city once referred to as “the Jewel of Syria”. Mr Anis played Eid “traditional songs by one of his favourite Syrian singers, Mohamed Dia al-Din.”

The photo shines as a reminder of the resilient strength of human passion, even in darkest of moments. 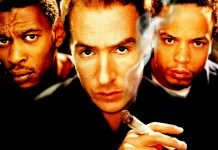