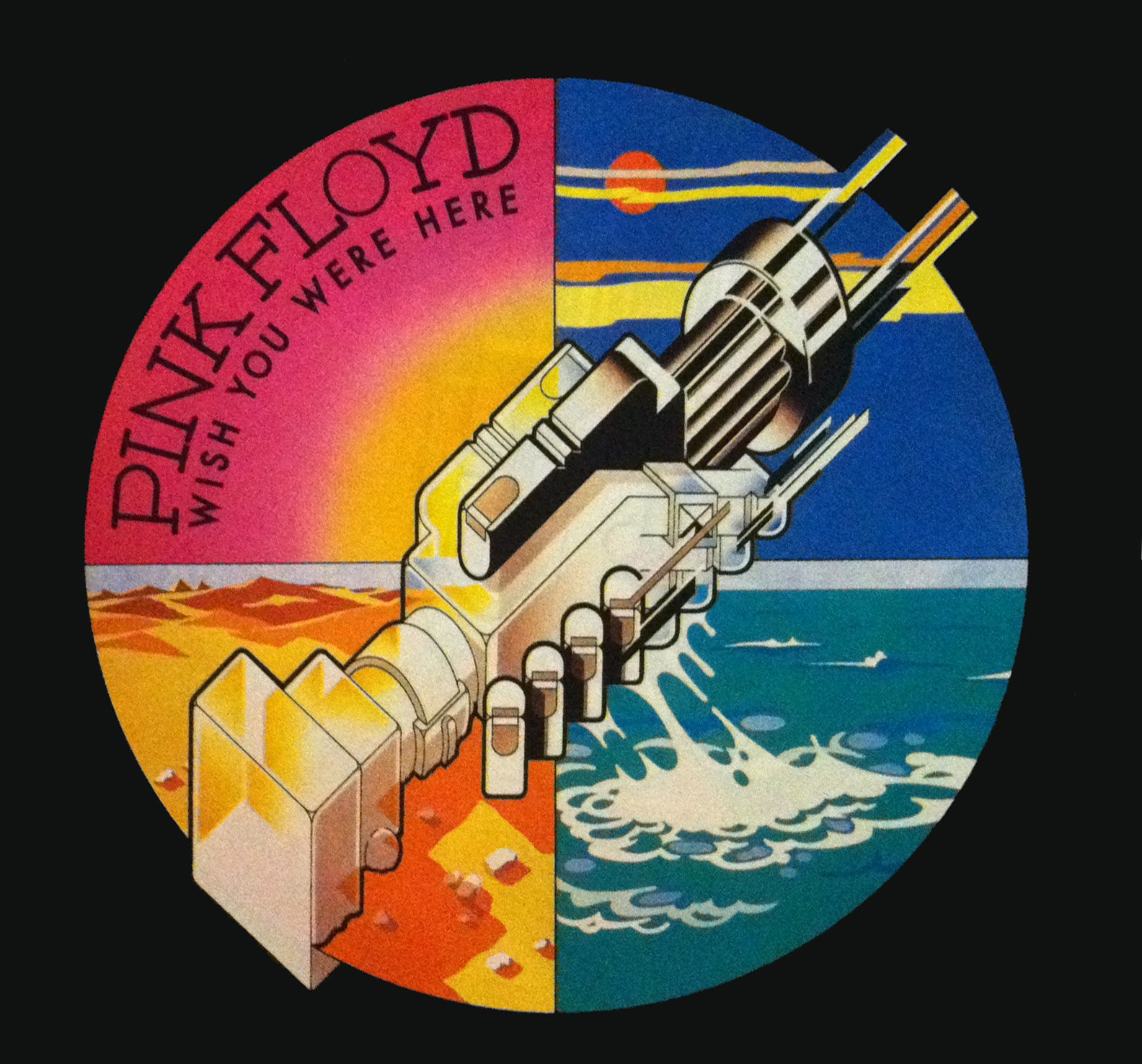 ‘Wish You Were Here’, an ode to Pink Floyd’s founding member Syd Barrett begins with a section of somebody listening to the radio, somebody who is not with the band in person, but is with them in spirit, perhaps it is a longing for the return of Syd or just a return of the Syd they used to know. 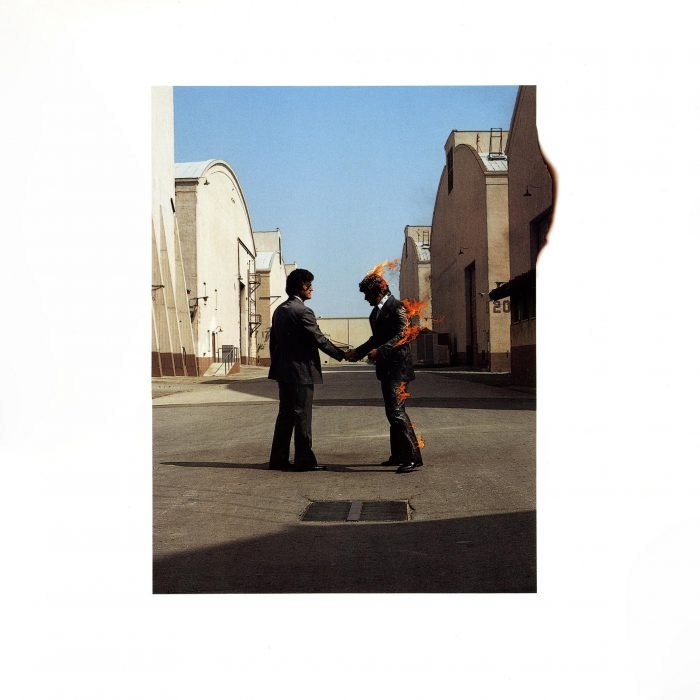 The song begins with a car radio emitting static white noise, hard panned to the right, the use of hard stereo panning a staple of Pink Floyd’s work in the seventies, weaving technological modernity with classic bluesy rock music. The first musical notes heard are of the radio dial being moved, Tchaikovsky’s ‘Fourth Symphony’ barely audible for a few notes. The dial is moved further, a newscast can be heard, but only certain words are understood, “disciplinary remains mercilessly”, “with you Derek, this nonsense”, “is it”, “I’m sure of it”. Perhaps the disciplinary nonsense they refer to is their remorse over the removal of Barrett from the band after his decent into LSD induced madness. Perhaps just shadowy words aimed at creating a hypnotic listening experience for the often drug charged Floyd fans. Music by the mid seventies had moved away from 3 minute radio friendly tracks, to concept albums with deeper meaning. The dial is moved a final time and rests on a station playing a lone 12 string acoustic guitar. The guitar is broken with a high whine playing throughout, rising and falling in pitch and a man coughing as if listening in a casual manner. The affect on the listener is striking, everything is happening in one side of the mix and dynamically is much quieter than the songs that have gone before it on the album.

It takes up until the one minute mark into the song for any sound to appear that isn’t hard panned to the right, a second acoustic guitar is now heard slightly left of centre, recorded with a microphone placed incredibly close creating an intimate feeling, it is more dominate than the first, the sound becomes incredibly close and creates an interesting juxtaposition with the guitar playing through the radio. Is this perhaps Syd Barrett now playing along from home with his Pink Floyd replacement David Gilmour, the past and the future meeting across the airways, the second guitar dynamically louder than the first, the more powerful sound of Gilmour outing Barrett from the band, this is emphasised on the 90 second mark when Gilmour’s vocal begins and the backing guitar fades away to nothing.

The delivery of the vocal itself is slow and almost behind the pulse of the guitar, feeling as though sang from a relaxed state of mind, maybe a reference to LSD, creating a hypnotic moody feel. A slide guitar quietly rises and falls in pitch, an interesting nod to rock music from the sixties from a band that was becoming more and more interested in electronic sounds and breaking new musical ground. This feels like ballad, a love song to a missing friend or even a time gone by. The words themselves are questions, but to who, the listener, the band, Syd? 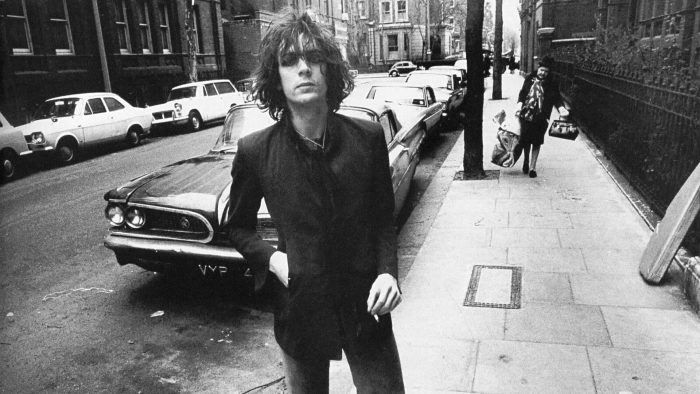 “A smile from a veil, do you think you can tell?”. Hauntingly,  this question posed, veils used primarily for weddings and funerals, but which is this? If somebody was smiling, would you be able to see it anyway? Why would they be smiling, happiness or sadness, perhaps a mixture of both. When listening, we are dragged into a reflective state, a state of sadness, or should we be hearing it as an optimistic view of the future, a smile from a wedding veil? The hope of a better future? A sign that we are alive? The music has an ethereal quality, it has a warm comforting texture, as Shepherd would write, “in touching us and stroking us it makes us aware of our very existence. Symbolically, it is our existence” (Shepherd 1991: 159).

After two minutes, the song feels like it starts in full, the drums, bass and piano enter. The song feels like a more classic rock song, with the emphasis on the second beat. The traditional rock instruments are heard, but it doesn’t feel like the phallic rock music critics such as Dyer would describe as being “quite clear what it was about— cock” (Dyer 1979: 22). This feels like a more romantic tribute, a more delicate feminine feel than the often masculine sounds of foot stomping rock bands such as Led Zeppelin. The music creates an urge to sway gently, as if being held and rocked by a parent, the isn’t crash bang rock music, but a more heartfelt sound, with a feeling of safety and caring, closer to Dyers description of disco as being “both a celebration of a relationship and the almost willing recognition of its passing and the exquisite pain of its passing” (Dyer 1979: 22). 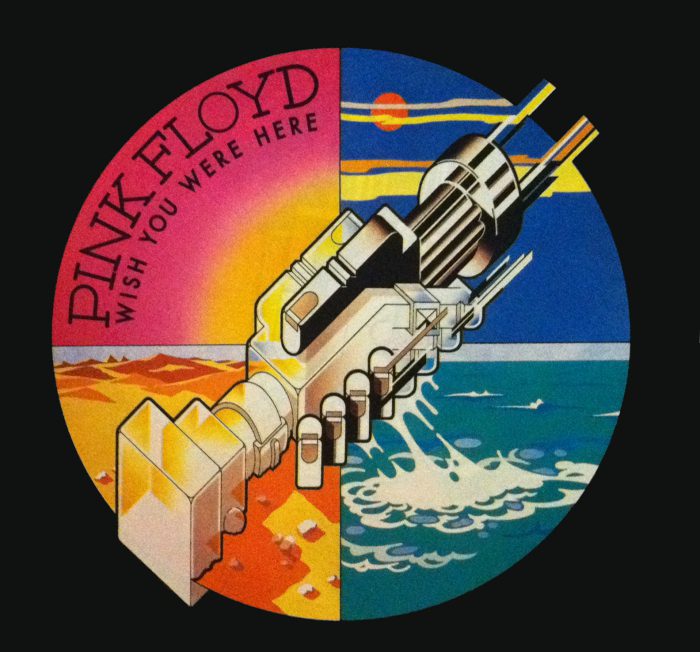 Watch: Classic Album Sundays and Nick Mason on Pink Floyd ‘The Dark Side Of The Moon’ at the V&A Museum

We are two minute and forty seconds in when an important question is posed, “Did you exchange a walk on part in the war, for a lead role in a cage?”. Struggling to deal with huge fame and under increasing pressure from their label to produce another “Dark Side Of The Moon”, they were, as McClary would describe it “dangerously close to prostitution” (McClary 1994: 33). The affect of the music creating an interesting tension, soft, warm and tender whilst the lyrics talk of entrapment and isolation, the listener is left confused but yet entranced either way. It is this contrast in messages that makes the song so powerful, McClary would describe it in the following way, “To asses music from the outside as though it were but one commodity among many, or as though its meanings resided solely within its lyrics, it to fail to locate it’s pleasures, its means of manipulation and therefore its politics” (McClary 1994: 38).

The song reaches it’s middle section just before the three minute mark, an acoustic guitar solo is heard, singular staccato notes are played, another tribute to the playing style of Barrett, with a voice quietly singing “du-du-dah-dah-dah” along with the playing. This child like vocal section feels more playful like the early, wistful Barrett penned Floyd tracks from the sixties, a time when the hippie movement was in effect and people believed a better way of life could be found, childlike in their naivety, contrasted by the complicated guitar solo which resembles the post hippie seventies, life wasn’t as simple as people once hoped it could be, interestingly, Pink Floyd themselves are well educated guys from Cambridge, fitting in nicely with Dyer’s view that rock groups had a “preponderance of public school and university-educated young men in the field” (Dyer 1979: 20). 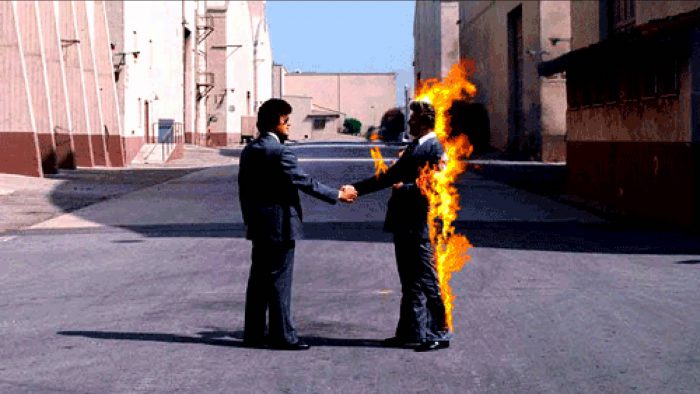 Creating an contrast of the old and new, a gentle synthesizer can now be heard, a signal of futurity, a sign of things to come from the band, the old blues based Syd Barret sound would be replaced by the more modern, contemporary direction of lead song writer Roger Waters. The mid seventies were an extremely fast paced time for music, ‘Wish You Were Here’ often feels like a longing for time gone by.

The music begins to peak at three minutes fifteen seconds, dynamically the sound feels louder and surrounds the listener without feeling oppressive, it also rises slightly in tempo as we head into the chorus, the vocal delivery is slightly ahead of the pulse and the intonement slightly higher in pitch, the LSD has worn off and we are now heading into a more sober state, the band feel like they are now in control of the sound, creating a feeling of forward movement and the listener feels like they are being raised out of the slump, no longer being held and caressed, but standing up with a feeling of freedom.

This feeling doesn’t last long however, after only one time through the chorus, it is gone, without return. The song now moves back to the previous section of solo acoustic guitar, but the childlike vocals are louder and delivered with more confidence, the synthesizer is higher in the mix and up an octave, creating a rise for the listener, the mood is lighted somewhat, the song feels like it is reaching it’s climax.

At this point it feels like we will return to the chorus but do not, this creates a strange feeling of unresolved tension, a need for a release that is never satisfied, we are left with a feeling of wanting more, maybe this was also Pink Floyd’s feeling of the moment, they had accomplished all they had set out to accomplish, but somehow were still unhappy. The song ends by fading into wind like sound effects, the music subsides and a feeling of nothingness returns as the high pitched swirling sound effect takes over, the band become lost in their own world, as if missing from the present they created. Maybe they wished they were here, Syd Barrett was here, or maybe just anybody was here for them.

Susan McClary. (1994). Same As It Ever Was. In: Rose,Tricia and Ross, Andrew Microphone Fiends: Youth Music and Youth Culture. London: Routledge. 29-39.