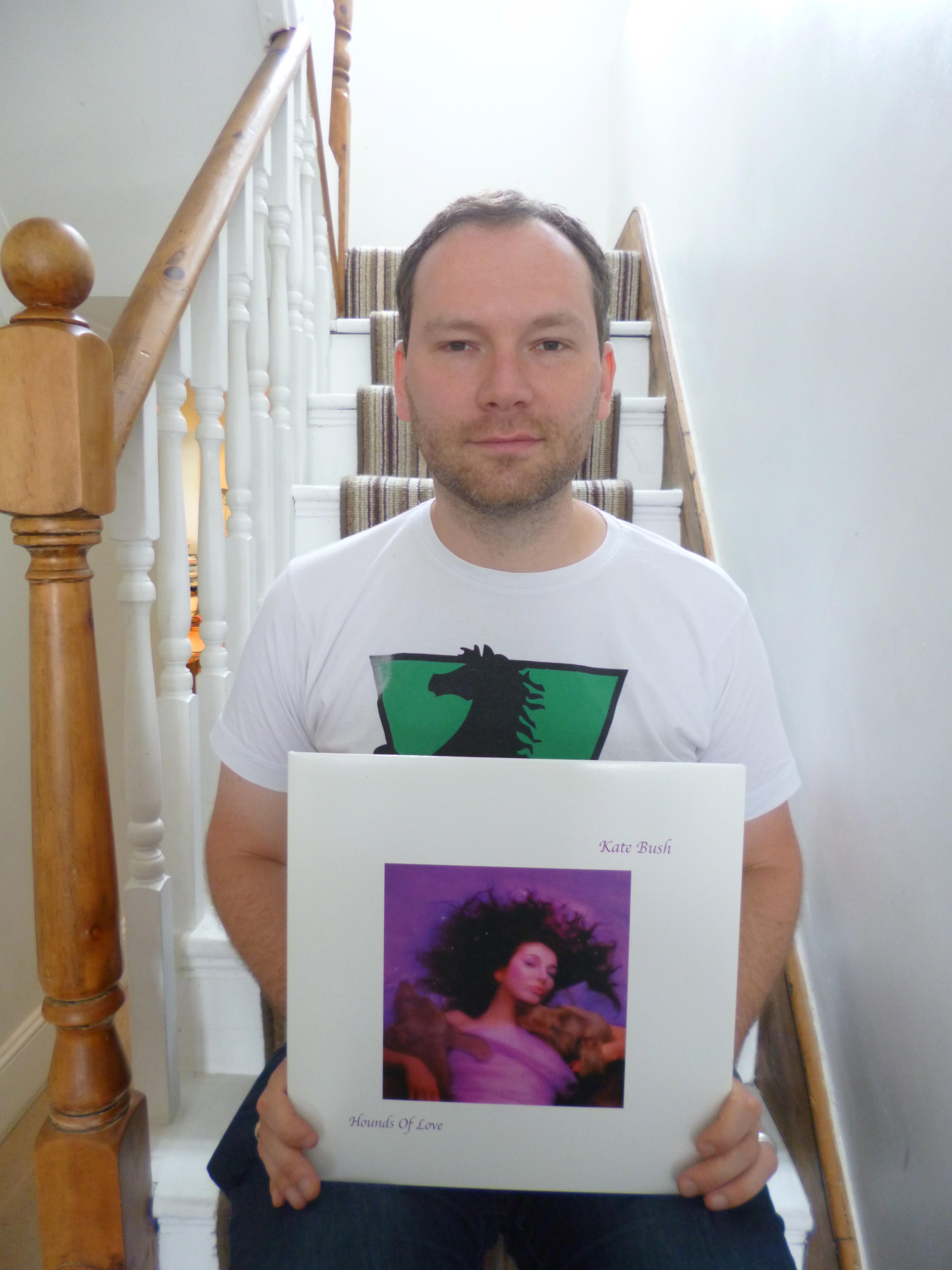 Ben Murphy is the editor of DJ Magazine and he presented Kate Bush “Hounds of Love” for Classic Album Sundays at the Vintage Festival as part of our Best British Albums of All-Time series. And in case you are wondering, there are a lot of people involved in dance music who love Kate Bush. In Ben’s words…

“’It’s in the trees! It’s coming!”’ Few are quite prepared for their ‘Hounds Of Love’ epiphany.

“I came to Kate Bush relatively late. Or perhaps she came to me? My wife bought me a best of in the early 2000s, ‘The Whole Story’, and I gradually became obsessed. I’d heard the big singles on the radio as a child, and been alternately fascinated and even slightly frightened by their seemingly unhinged nature and otherworldiness. When I got into her proper, it was an obsession with the melodies, sounds and themes of ‘Cloudbusting’ and ‘Running Up That Hill’. The next natural step was to discover ‘Hounds Of Love’, which is why we’re here.

“‘Hounds Of Love’ is an extraordinary record in many ways. It was on this album that Kate, an artist who had struggled to contain her wilful genius in constricting pop songs, was able to so masterfully balance a universal sensibility and her more experimental whims, and it resulted in her most successful album, a mega hit in 1985 and today one of popular music’s most evergreen classics, No.1 in the UK (now double platinum) and a smash in the States at the time of release. As Keith Cameron noted in his recent feature for Mojo Magazine, ‘…the massive crossover success of 1985’s Hounds Of Love’…shifted the artist/record company power dynamic conclusively in Bush’s favour.’

“Musically, it was cutting edge, employing the most state-of-the-art studio technology, a mixture of synths, Linn drum machines and a hugely innovative use of the Fairlight CMI sampler, something that few others had thought about employing in 1985. This modernity mixed with more traditional folk elements, as on the Georgian choral voices of ‘Hello Earth’ and Irish folk fiddles of ‘Jig Of Life’ (an Irish traditional tune discovered by her brother Paddy Bush). Tracks like ‘Waking The Witch’ saw found sounds and voices culled from films becoming a cinematic collage, while on ‘Running Up That Hill’, Bush anticipated the phenomenon of Balearic dance music, becoming a sort of early text for bearded dance nerds.

“But it’s the sheer variety of moods, and the incredible use of melody that really makes ‘Hounds Of Love’ so profoundly emotional and affecting. Shorn of all embellishment, the hauntingly beautiful ‘And Dream Of Sheep’ is simply her plangent voice and piano, and the odd pluck of acoustic guitar.

“The sense of artistic freedom that the record evokes was captured by Bush retreating to her own purpose-built studio in a barn behind her home, working mostly alone (save for drum machine and bass contribution from boyfriend of the time Del Palmer and a small supporting cast), producing as well as playing almost all the record herself.

“‘Hounds Of Love’ is conceived as a song cycle. It’s a conceptual work that reaches its height in side two’s operetta of mingled songs, echoing the contiguous flow of The Beatles’ ‘Abbey Road’. Despite its surface sheen of accessibility, here was a set of tracks that dealt with anything but the typical pop song subjects. Side Two’s opening track ‘And Dream Of Sheep’ – and indeed the whole thrust of side two’s The Ninth Wave concept – is the threat of death, most particularly realised in the plight of a trawlerman lost at sea in a sinking vessel, drowning almost inevitable, or the being trapped beneath ice of, well, ‘Under Ice’. Ultimately, the overriding theme of the ‘Ninth Wave’ song cycle, its title a reference to a poem of Alfred Lord Tennyson’s – is of death and rebirth.

“Elsewhere, ‘Hounds Of Love’ itself is similarly hopeful but fearful, that giddy fear and anticipation that falling in love can create, compared to being a wilful wandering fox caught by the hounds of love, reticent to succumb because ‘I don’t know what’s good for me’, but eventually rushing headlong in, ‘here I go.’ ‘Running Up That Hill’ imagines swapping places with a lover, being able to truly understand them completely, experience their perspective. Perhaps it’s the idea of a woman seeing a man’s view and vice versa. Most interesting of all is the subject matter of ‘Cloudbusting’, the controversial Austrian psychologist Wilhelm Reich who built a cloudbusting device powered by cosmic energy, and who was later arrested by the FBI – surely not your typical radio ditty, but in Bush’s hands, immensely powerful.

“Like all of ‘Hounds Of Love’, these themes initially appear strange and wonderful, but their true art is getting to the heart of the human condition, what it means to be human. This conflict, between the universal and the supposedly bizarre, is in Kate Bush’s lyrics and music itself alike, and nowhere is this brilliant duality better realised than on ‘Hounds Of Love’.

“Of course, it wasn’t necessarily easy to make. Coming three years after her previous record ‘The Dreaming’, many assumed she had disappeared off the map. Of the creative process, Kate herself said in an interview with Kris Needs in 1985 for ZigZag magazine ‘It is frustrating for me to spend so much time over one thing. It does become tedious, but you know you have to do it. I never know how long those things are going to take. Once it takes over, it has a life of its own.’

“Kate continues: ‘The main thing for me has been evolving with the production. Now I don’t have to compromise with other people, and that’s brilliant because you can explore things. It can seem like what you’re doing is mad. It’s not until a few hours later that it seems like it could work. You need to be in control to get away with that stuff! I think all music is about emotions,’ she said. ‘Trying to take people on a journey if you can…’ Bush concluded.

“I attended a Classic Album Sundays session, with the subject ‘Hounds Of Love’, arranged By Colleen ‘Cosmo’ Murphy in the Hanbury Arms back in November 2010. It was an epiphany to sit down and listen to the record again in full with no distractions and luxuriate in its emotional peaks and troughs and incredible transportive power. It made me experience it anew, see it in a new light, and hopefully you will have the same experience.” 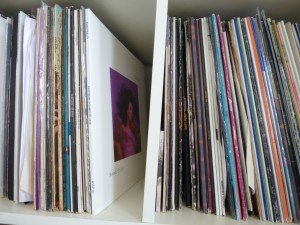 The Story of Kate Bush “Hounds of Love”