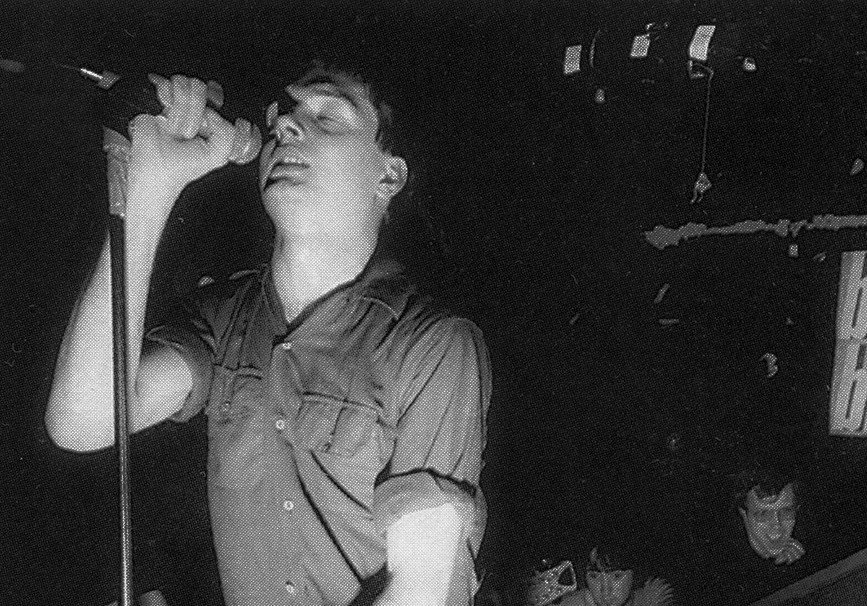 After seeing the Sex Pistols perform at the Lesser Free Trade Hall in Manchester in 1976 and inspired by their DIY ethos and lack of great musical ability, several attendees ran out to form their own band.  Howard Devoto and Pete Shelley quickly formed The Buzzcocks, Mark E Smith joined The Fall, and Morrissey continued to dream of being in a band while writing letters to music mags like NME.

Other attendees Peter Hook and Bernard Sumner joined forces and later recruited singer Ian Curtis without an audition and finally drummer Stephen Morris. Named after one of their favourite David Bowie songs, Warsaw were born.

In an interview from the time on radio show “Rock On”, Curtis described the early Warsaw days .“When we started initially playing we couldn’t really play to be honest. It was very loose and a bit of a fun thing – we’re in a group; we’re playing. It was about August 1977 when we really started getting our own particular way.” They started to work out and record many of the songs found on their later debut album initially because RCA Records were interested in signing them.

Because of a London band named Warsaw Pakt, they changed their name to Joy Division and played their first gig in January of 1978. In the spring they were writing and rehearsing new material and gigging around Manchester. At one of these gigs they caught the eyes and ears of Granada TV presenter Tony Wilson who later signed them to his fledgling Factory label and DJ Rob Gretton who became their manager. Their sound continued to develop but needed one more key ingredient that would forever change and later define their sound.

As Ian’s wife Deborah Curtis recounts in her memoir “Touching from a Distance”, Joy Division had “reached a stage where they desperately needed Martin Hannett’s diverse ideas before they could go any further.”

Martin Hannett has been coined by writer Paul Morley as Manchester’s Spector and the region’s Eno. His use of sound effects, synthesizers and sound separation contributed a unique atmosphere and space to Joy Division’s debut album “Unknown Pleasures”. Initially bandmembers like Peter Hook were not keen on the sound but in retrospect concedes it was Hannett’s contribution which turned the band from a punk outfit emulating bands like The Stooges into one of the defining bands of the post punk movement. In the word of Morley, “The difference between Warsaw and Joy Division was the difference between the Sex Pistols and PiL; between sleepwalking and outer space.”

The debut was critically well received and Melody Maker’s Jon Savage said “Unknown Pleasures may very well be one of the best, white, English, debut LPs of the year.” However, it wasn’t until after the suicide of singer Ian Curtis and the subsequent release of the sophomore album “Closer” that “Unknown Pleasures” made a wider impression with more sales and an appearance on the charts.