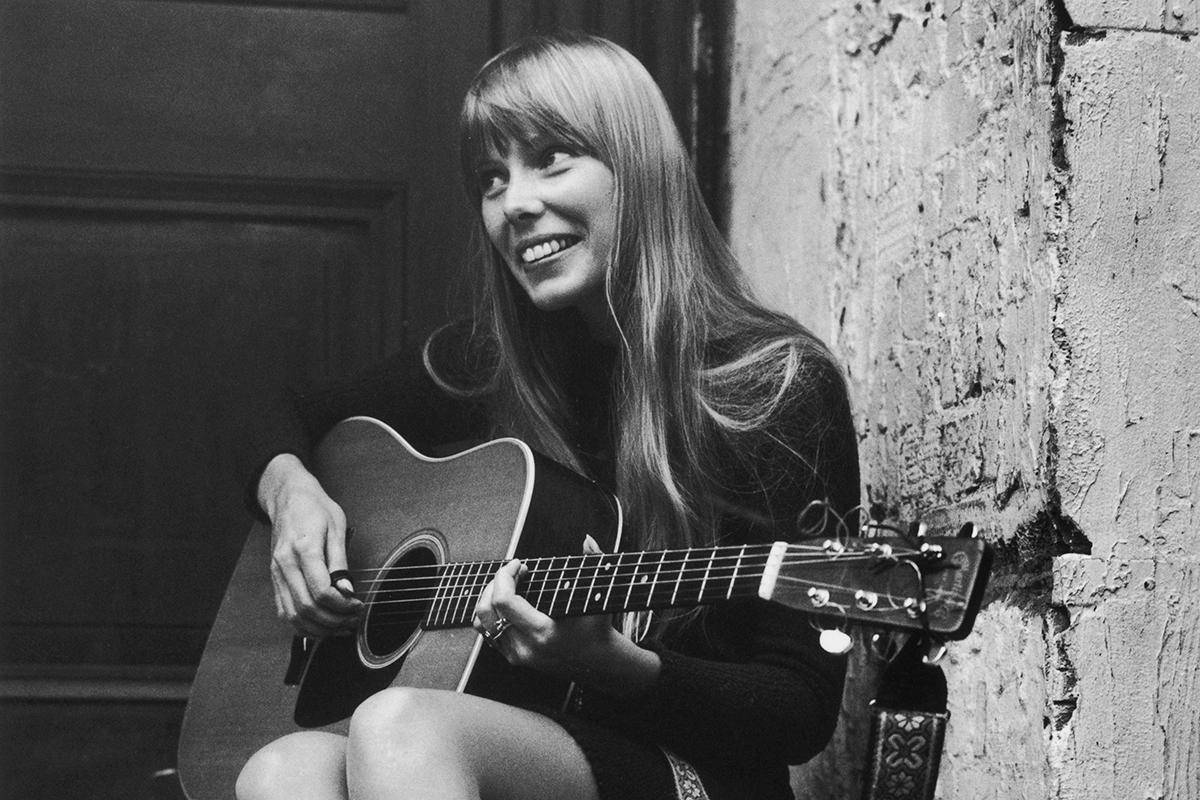 It is a happy accident that Classic Album Sundays will present “Blue” the day before Joni Mitchell’s 68th birthday.

This album has been requested many a time at CAS and in order to immerse myself within it, I read Michelle Mercer’s insightful book “Will You Take Me As I Am: Joni Mitchell’s Blue Period” from which I will borrow some of Mitchell’s quotes below.

“Blue” is Mitchell’s first song cycle whereby all the songs interrelate in their theme of loss and transformation. Released in 1971, the album reflects the disillusionment and disenchantment felt by a generation during the closing of The Sixties.

“It’s a description of the times,” Mitchell attests. “There were so many sinking but I had to keep thinking I could make it through the waves. You watched that high of the hippie thing descend into drug depression. Right after Woodstock, then we went through a decade of basic apathy where my generation sucked it’s thumb and then just decided to be greedy and pornographic.” She certainly doesn’t mince her words!

Alongside this universal theme of bereaving the end of an era runs a personal account of the loss of love. Mitchell had just willingly departed from a long, deep relationship with Graham Nash and she also reflects upon shorter but very intense affairs with James Taylor and Leonard Cohen. There is the conflict between love and freedom as in that period, women were supposed to repress their creative spirit to be tied down to family and domestic life. Mitchell’s spirit could not be bound.

However, in terms of which song is about whom, Mitchell replies, “It doesn’t matter who the guy is. Too much attention is put on the gossip and not on the art.”

And what art it is. Mitchell has a unique way of marrying the lyrics to the music so that they create a singular mood or as she says, “My words and music are locked together.”