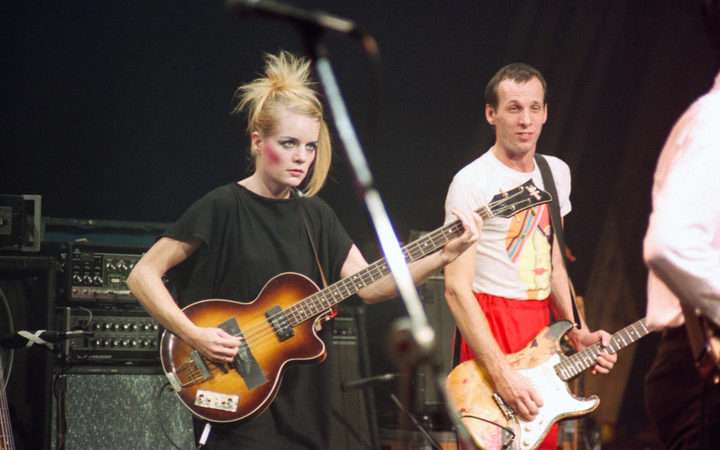 If Talking Heads was the antidote to conceptually dull rock ’n roll, Tom Tom Club was the remedy to its art school preoccupation. Formed in 1981 by husband and wife duo, Tina Weymouth and Chris Frantz, the rhythm-section splinter group sought a more honest and explicit connection to their funk and r&b roots. The band’s genesis facilitated a much needed release of professional tension and a chance to collaborate with some of the finest session musicians of the 1980s. 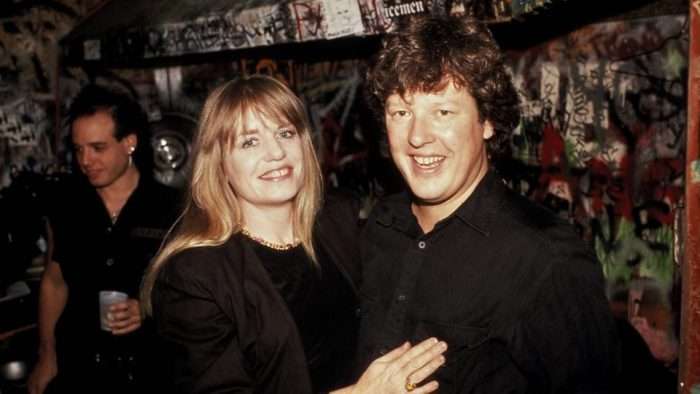 After a long tour supporting their 1980 masterpiece, Remain In Light, the Talking Heads were running low on both energy and money. After being advised by their accountant to maintain commercial activity, David Byrne was keen to record his debut solo album, The Catherine Wheel, leaving the rest of the band with an indeterminate period of time to fill.
What originally began as the idea to record a one-off single turned into an album-length project, after Island Records boss Chris Blackwell invited the pair to the Compass Point studios in Nassau. It was to there that the group returned sporadically between Talking Heads obligations, laying down tracks for their prospective debut, and arriving on the name Tom Tom Club in dedication to their practice space in a local dancehall.

At the time, Compass Point was a hotspot for rising global talent – a picturesque, Bahamian retreat that set creative juices flowing. The sun soaked studio was the perfect catalyst for Tom Tom Club’s jubilant, playful, un-selfconscious funk oddities, which drew from a broad palette of dazzling tones. An early song the group recorded was ‘Wordy Rappinghood’, one of the album’s major hits, which blended rap (then still a young phenomenon), new wave, and funk, in a quirky style, not dissimilar to that of fellow New-Yorkers such as the B-52’s.

Tom Tom Club’s producer Stephen Stanley, had already become acquainted with Frantz and Weymouth whilst recording Remain In Light, following a serious dispute between the original engineer, Red Davies, and the album’s producer, Brian Eno. The pair were impressed with Stanley’s speed and skill, and called upon the young man again when Lee ‘Scratch’ Perry, their first choice for recording the album, failed to show up for work. Stanley proved to be a reliable replacement, and as Frantz recalls: “He was kinda like a junior version of Lee Perry but without the, er, idiosyncrasy!”. 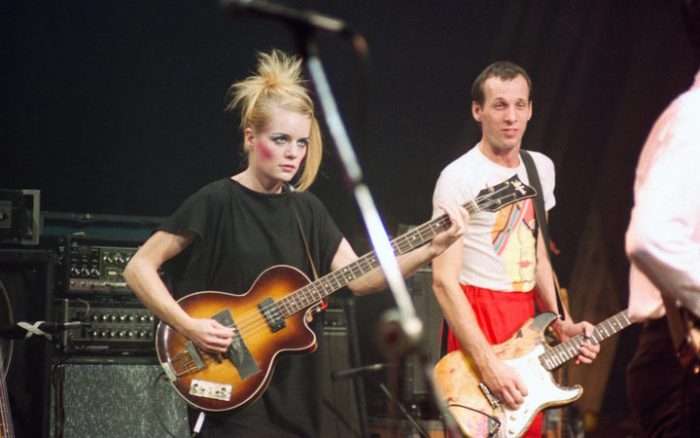 Similar to the Talking Heads method of creativity, the album was mostly written and recorded simultaneously, in a semi-improvisational style built around looped musical phrases. But, ultimately, Tom Tom Club reacted against the hierarchical dogma of Eno and Byrne, who had angered their band mates by attempting to claim sole writing and production credits for Remain In Light.
In contrast, Frantz and Weymouth promoted a collaborative ethos, which ensured every contributor received their due credit. The album’s ramshackle lineup incorporated Talking Heads tour guitarist Adrian Bellew, Weymouth’s sisters, Lani, Laura and Loric, and the Compass All-Star staples, Sly Dunbar and Robbie Shakespeare (who were busy recording with Grace Jones in the studio next-door). Translating this feeling of communal harmony into sound was the band’s primary concern.

Tom Tom Club’s most memorable and influential song was the infectiously funky ‘Genius Of Love.’ Heavily inspired by Zapp’s 1980 single, ‘More Bounce To The Ounce’, Frantz and Weymouth’s groover is turbo-charged by Tyrone Downie’s slippery synth hook, which darts around the song’s flamboyant vocals and dub-splintered percussion with avian ease. It was the perfect convergence of Tom Tom Club’s soul, funk, and reggae inspirations – a song which would would prove incredibly influential in its own right. Eventually becoming one of the most sampled rhythm tracks of the 1980s, its unmistakable sound has appeared on songs by Mariah Carey, Public Enemy, Grandmaster Flash, 2Pac, Redman, and many, many more. It also earned the band a spot on Soul Train, which they recorded on the very same day as their classic Talking Heads concert film, Stop Making Sense.

Although Talking Heads were not destined to survive the 1980’s, Tom Tom Club remains an active entity that has continued to release music sporadically throughout the last four decades. It’s perhaps a testament to their ethos, which shed the self-conscious skin of new-wave to reveal a core of kinetic pleasure that everyone could understand. The album still sounds vibrantly modern in 2019, and there’s no doubt we’ll be hearing ‘Genius Of Love’ at parties for decades to come.

Read: The Story of LCD Soundsystem ‘Sound Of Silver’