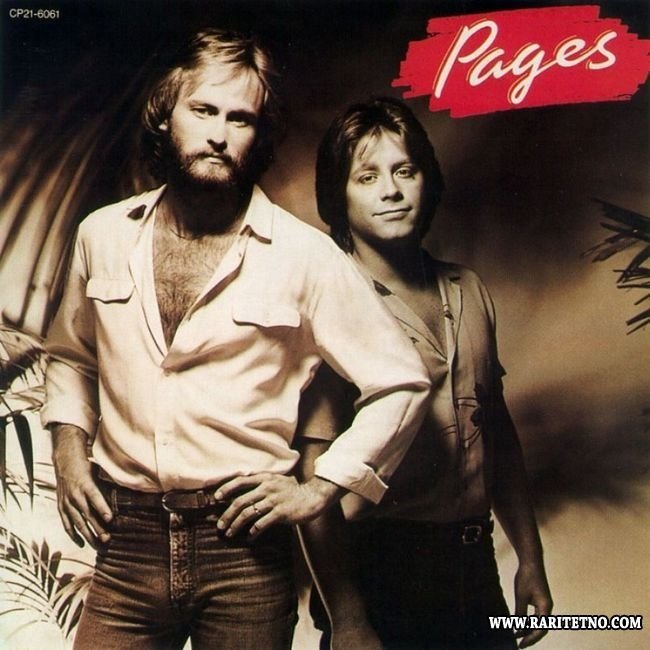 It’s not Mr. Mister’s fault that I hate them. It’s Train’s for referencing them in “Hey Soul Sister,” a song that gets stuck in my head for days on end and makes me want to put a drill through my skull. But before they were the inexplicable favorite band of some wispy, daisy-print-romper-wearing Burning Man tart, they were Pages.

Vocalist Richard Page and keyboard player Steve George were high school buddies in Phoenix, Arizona who bounced around the LA session scene, playing on Andy Gibb’s hit “I Want To Be Your Everything” before forming as the Pages in 1978. Their first album was also called Pages, followed by Future Street in 1979, which sported their only song on the Billboard Charts, “I Do Believe In You,” which peaked at #84 in Dec. 1979.

“O.C.O.E (Original Cat of the Eighties)” is easily the breakout song of the album, a slick, jazzy epic of a “lost messiah” seeking the next big scene he can swindle, from free love hippies to disco dancers on the nightlife scene. It’s not Steely Dan level snark to sing, “You became the first to set the children free/but nothing lasts forever, does it?” but it’s getting close, with its buoyed stained-glass harmonies.

Is “Sesatia” about falling in love with a hooker, a la George Benson’s “Turn Your Love Around” (also written by Graydon) or a sensual grifter in the tune of Steely Dan’s “Your Gold Teeth?” I don’t know, but it’s an awesome song either way.

“Automatic” brings primal screams and a Loggins-esq rock-and-roll grind to keep the listener from getting too comfortable in the hammock of smooth grooves.

“You Need a Hero” is another post-feminist track reminding women that, even though they’re in the workplace now and don’t have to wear a girdle and can take The Pill, Pages know that deep down, you just want to be rescued, baby, and they’ve got the open white shirts with which to save you. It’s probably paternalistic, but I don’t care. It’s a great song with vocals as tight as their jeans on the album cover.

“Only a Dreamer,” “Fearless,” and “Tell Me” should have been the kind of romance-cover soft-rock radio staples that played after 8 pm. Jazz-infused and cheesy in all the best ways, they’re packed like an overstuffed picnic basket with courtly allusions by sensitive lovers. These songs just ooze candlelight and red wine and Brut and if you put this record on while there’s a fire going in the fireplace, you are going to get some.

The album’s only real shortcomings are “Come on Home,” which sounds like a third-rate Michael Bolton song. It’s offensively bland, and I can only assume that it’s supposed to be sung over the phone to the girl seduced by “You Need A Hero” while she’s at work.

The last track, “Midnight Angel” lacks any sort of hook that might make it stick in your mind. It’s a poor choice for an outro, but maybe they figured you’d be tangled in silk sheets with your lover (yes, you call your partner your lover) and wouldn’t notice that they were essentially sneaking out of the record without you.

But for some unknown reason, the band, despite having the instantly-catchy, utterly danceable “O.C.O.E” on their hands, decided to release the album’s worst song, “Come on Home,” as one of their singles, alongside “You Need a Hero” and thus, the album failed to get anywhere near the charts. It was the Eighties now, and smooth music was for elevators.

So Pages disbanded, went back to their jobs as session musicians, and reformed in 1982 with permanent members as Mr. Mister. They finally had a hit with “Broken Wings” in 1985, a soulless, syrupy pop ballad seemingly designed to serve as compilation filler between “Girls Just Wanna Have Fun” and “Rio.” It was #1 for one week in December 1984, and, stripping away the pure Eighties-ness of the production, it could have easily been the B-side to “Come On Home,” which is to say that it’s not very good.

But Pages is a glimpse of the genius that might have been. A lost yacht rock classic, nearly flawless in production quality and easy to listen to while still hoisting enough lyrical heft to stay just a small step behind smooth-music powerhouses like Boz Scaggs and the Doobie Brothers. Pages were never going to have a classic album on their hands, but they were talented enough that, with a better choice of singles, they might have carved a footnote into modern pop history.

And Train wouldn’t have had the chance to spoil it for all of us.

Author of the novel The Big Rewind and contributor to The Big Click, The Stoneslide Corrective, Beat to a Pulp and Pank and also hosts the weekly #RecordSaturday live-tweet.