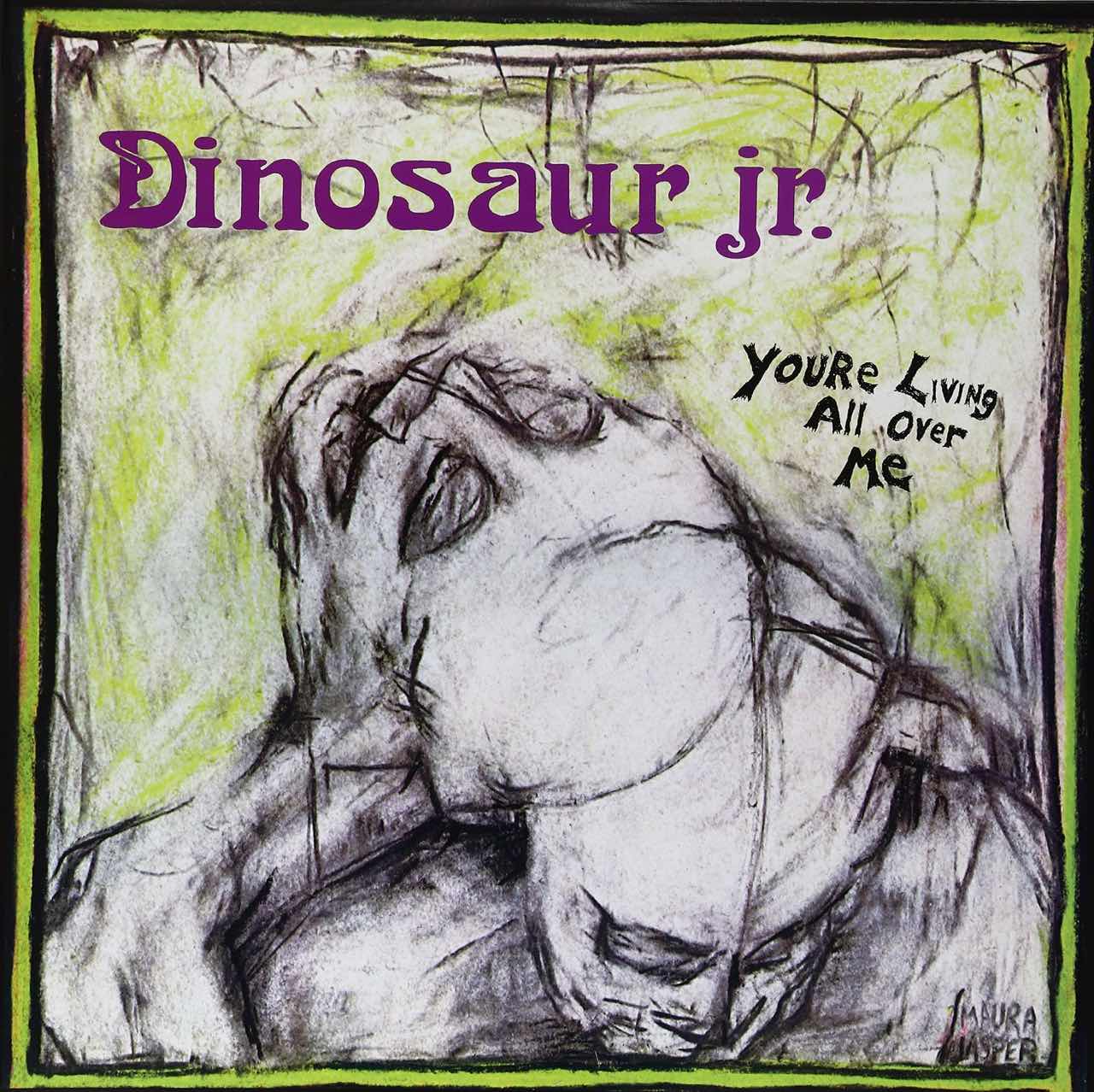 If ever you encounter someone telling you that Dinosaur Jr’s best album is something other than 1987’s You’re Living All Over Me, be assured that they don’t know what they’re talking about. There was a blinding light and a parting of the clouds when this one arrived. It is one of the high watermarks of post-hardcore underground American indie rock. Dinosaur Jr, in one form or another, have knocked out 11 albums now, none too shabby, some great, and have been on a roll since the original line up re-united in 2005 (Give a Glimpse of What Yer Not came out in August 2016) but You’re Living All Over Me is the blueprint for everything that followed and burns brightest of all. It is the sound of three young blokes exclaiming ‘Oh my God we’ve just invented a new thing!’. The band’s guitarist J Mascis agrees with the Dinosaur Jr aficionados; this is the one. 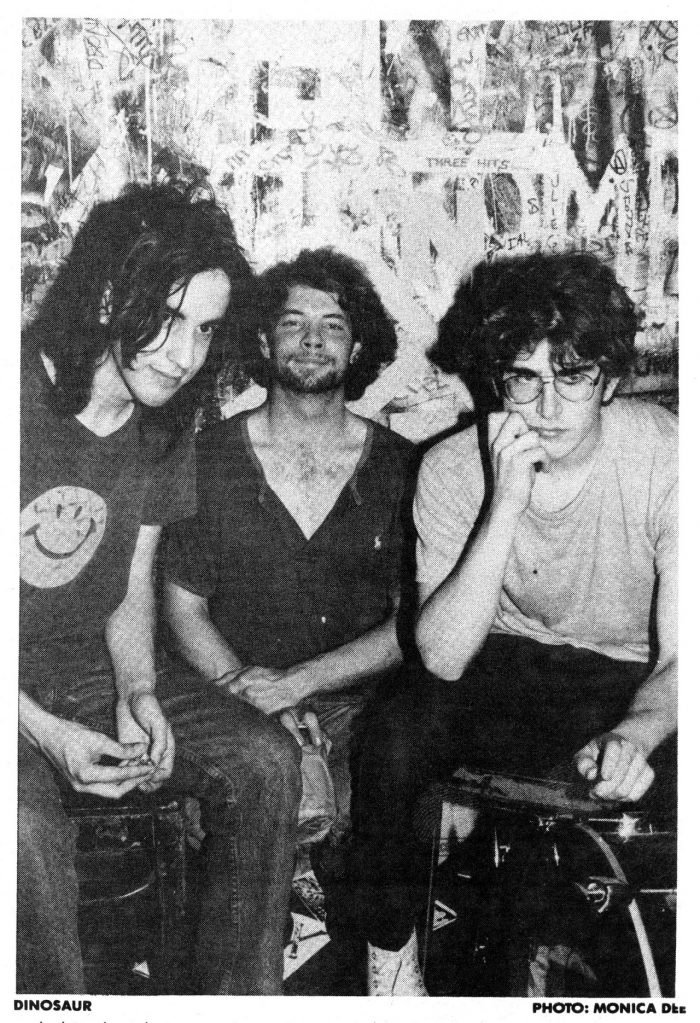 To put Dinosaur Jr in context you would be well advised to grab a copy of Michael Azerrad’s definitive book on the 1980s American indie underground Our Band Could Be Your Life (the name taken from a line in a Minutemen song). Dinosaur Jr, he says perceptively, “continued a retrograde stylistic shift in the American underground that The Replacements and other bands had begun: renouncing the antihistorical tendencies of hardcore and fully embracing the music that everyone had grown up on. In particular, Dinosaur singer-guitaist J Mascis achieved the unthinkable in underground rock – he brought back the extended guitar solo.”

In one way or another, it all came out of punk, it’s just that in America, punk and the indie underground had taken a different trajectory than in the uk. The early 1980s in the US saw a proliferation of bands informed by the Sex Pistols and other UK punk bands (including the less trendy second wave mohawk and Oi! variants) and early east and west coast punks (Ramones, Weirdos, Germs etc). But these snotty kids hadn’t gotten all new-wavey they had gone harder, shoutier, faster, and shorter. This distillation became known as hardcore, and evolved through the likes of Black Flag and Minor Threat into a sonic speed blur, in many cases eschewing altogether the requirement for tunes, choruses, intelligibility or any of that old fashioned stuff.

Read More: Modern Classic: The Avalanches ‘Since I Left You’ 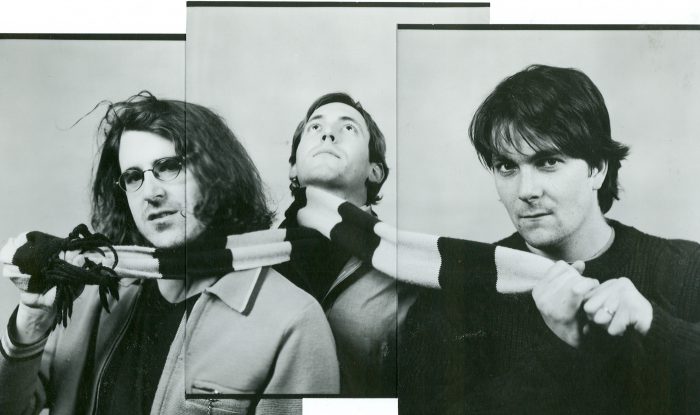 J Mascis and Lou Barlow, who would become two thirds of Dinosaur Jr, were part of all that, being two thirds of the hardcore band Deep Wound – Lou Barlow on guitar and J Mascis on drums. Their only vinyl release was a 7” EP – 9 tracks of million-miles-an-hour DIY hardcore typical of bands from their Boston scene (eg DYS, SS Decontrol). With the formation of Dinosaur (the ‘Jr’ would be added after a lawsuit by west coast hippie supergroup The Dinosaurs) in Amherst, Massachusetts in 1984, J Mascis moved to guitar, Lou Barlow moved to bass and Emmett Patrick Murphy (‘Murph’) was recruited as drummer. By the time they released their self-titled debut in 1985 many other initially aggressive bands of the American underground had mellowed out. The Replacements had just released Let it Be, and were, amazingly, well into middle of the road REM territory, Hüsker Dü had been picked up by Warner and their melodic hardcore was about to take a poppy turn with Flip Your Wig – Big Black frontman and future Nirvana producer Steve Albini bemoaned their sounding like Buffalo Springfield.

Dinosaur’s first long playing effort though was not a particularly striking debut, poorly recorded, lacking tightness, with the band still groping for a cohesive style. Azerrad describes it as “all over the place, incorporating elements of the Cure, R.E.M., the Feelies, Scratch Acid and Sonic Youth, not to mention SST bands like Hüsker Dü and the Meat Puppets with their hardcore-country fusion.” The single Repulsion was a standout track, a sign of what was to come – J Mascis’s vocals (Lou Barlow’s vocals were more predominant on this record) set against flights of distorted lead guitar.

Read More: Modern Classic: The White Stripes ‘Get Behind Me Satan’

1987’s You’re Living All Over Me was a massive quantum leap forward in all departments: songwriting, production, playing and focus. Recorded for the most part with Sonic Youth producer Wharton Tiers in New York, the album saw Dinosaur Jr separate acrimoniously from Gerard Cosloy’s Homestead label and head for the greener pastures of the then super-hip and happening SST (after high profile fans Sonic Youth had sent a copy of the demo to Greg Ginn at SST). The band’s second album established their characteristic game-changing sound from the moment the needle hit the first track; Little Fury Things– Mascis’s now trademark lackadaisical stoner vocals (Kurt Vile owes him an obvious debt) and beautiful sugary melodies, floating over a pounding rhythm section, with seismic swells of overdriven Big Muffed, flanged and wah-wah heavy guitar – not then an effects pedal of choice in the punk rock underground. 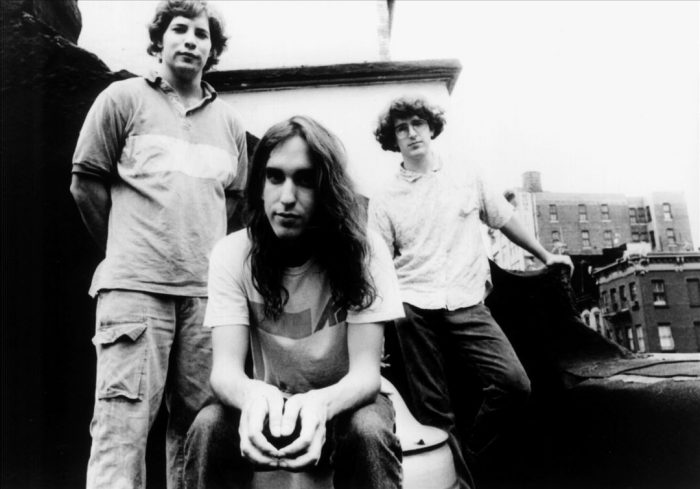 If their first album had been too sprawling in its scope and too ambitious to leave the recent past behind, on this one you could hear the hardcore muscle. Murph and Lou play hard, tight and fast with Barlow often playing the distorted bass parts as chords, effectively doubling up as a rhythm guitarist, allowing Mascis’s freedom to let rip and blast forth massive sheets of guitar noise. Considering he had started out as a drummer Mascis’s playing across the album was especially mind blowing – spitting out shredding lead guitar licks on tracks like Raisans and from time to time erupting like Hawkwind on steroids (Kracked). His sound and melodic style has been immediately recognizable ever since, even when guesting on other peoples records, which he frequently has – check out Stand of Oaks excellent Goshen 97 for a prime example.

It would take a longer analysis to determine how exactly Dinosaur Jr influenced the emerging shoegazer scene in the UK (of which they are considered forefathers), but suffice to say that after the band’s UK tour in 1987, My Bloody Valentine started to come of age and a slew of guitar bands emerged with daisy-chained effects pedals at their feet – think Slowdive, A R Kane etc. (none of them with comparable punk rock whump). On the back of this, Dinosaur Jr scored a medium-sized indie dancefloor hit in the UK with the brilliant single Freak Scene from their 1988 album Bug, hot on its predecessor’s heels. It is perhaps their definite cut and was the first moment they threatened to be massive. Trouble was, that although Bug made a strong follow up, using the same formula as You’re Living All Over Me, the band was unravelling by this point. Mascis was allegedly exercising a Captain Beefheart like dictatorial authority in the band, and all three were at each others throats, which went as far as an on stage punch up between Mascis and Barlow, who was soon to be booted out.

Happily for us, in some ways, Barlow’s dismissal left him to concentrate on his other project Sebadoh and later, The Folk Implosion. Sebadoh’s initial releases took as their launching pad the concluding track on You’re Living All over Me called Poledo– a drum-less Barlow composed oddity swirling with a ghostly montage of taped sounds. It’s easy to see how that track and Barlow’s subsequent output fed directly into the lo-fi aesthetic that characterised early releases by Beck, Beat Happening, Guided By Voices, Royal Trux, Smog and others.

J Mascis laboured on under the Dinosaur Jr moniker after Barlow had gone but the power-trio roar of the band’s 2nd and 3rd albums was missing. A few years later in 1991 Nirvana’s Nevermindbroke, there was a sea change in rock music, the big-hair metal bands like Bon Jovi and Mötley Crüe sounded stupid overnight, and the mainstream opened up to the underground grunge sound. It became evident that Dinosaur Jr had been several years ahead of the curve. Azerrad relates the tale of a drunk and stoned Lou Barlow accosting J Mascis on the streets of Northampton, Massachusetts, telling him “They (Nirvana) fucking beat you to it. You could have done it, you asshole, we could have fucking done it!”.