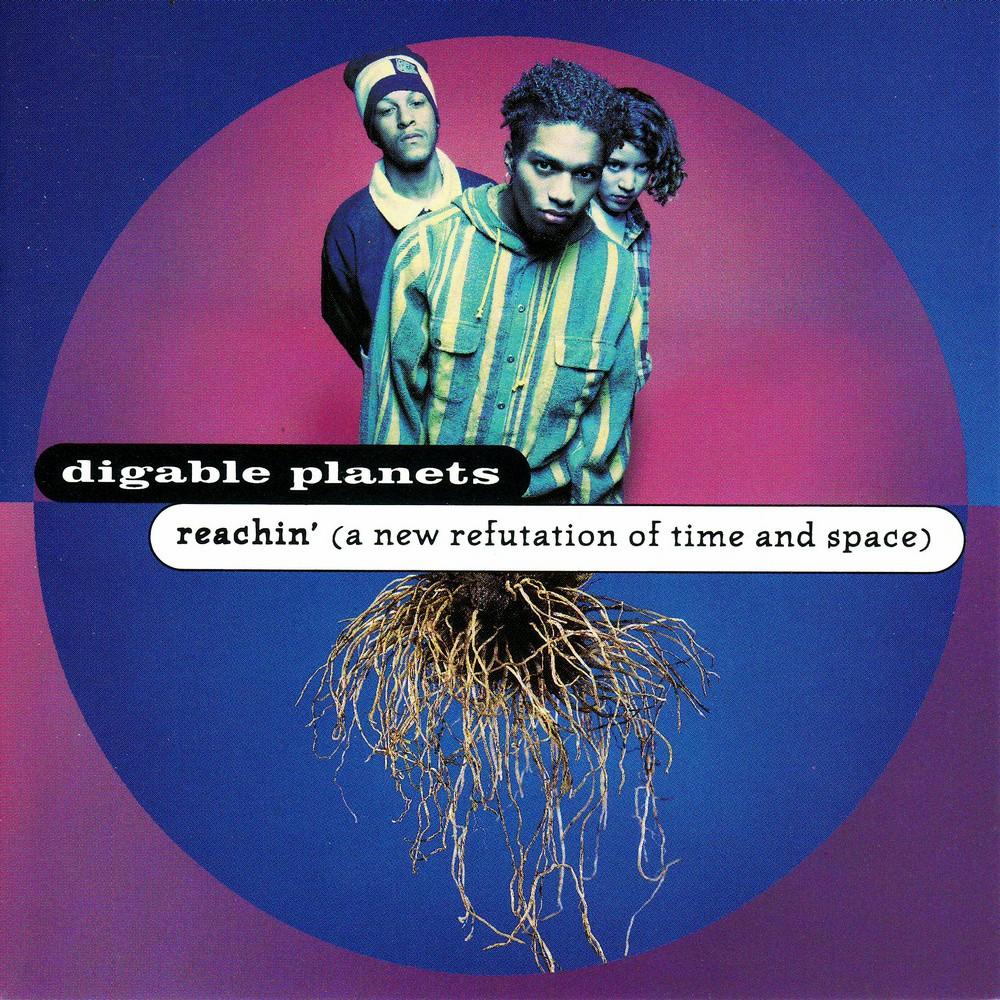 The names Butterfly, Doodlebug, and Ladybug may induce more images of child’s play than New York hiphop. But within Digable Planets’ strange solar system these quirky monikers make perfect sense. Blending head-in-the-clouds fantasy with the tactile reality of their everyday lives in the urban metropolis, the young trio synthesised an infectiously smooth style of rap that was nonetheless unafraid to tackle the complex issues facing both their immediate and wider community. Their classic 1993 debut, Reachin’ (A New Refutation Of Time And Space), remains one of the most singular albums from a fertile period in New York hiphop’s early ‘90s renaissance. 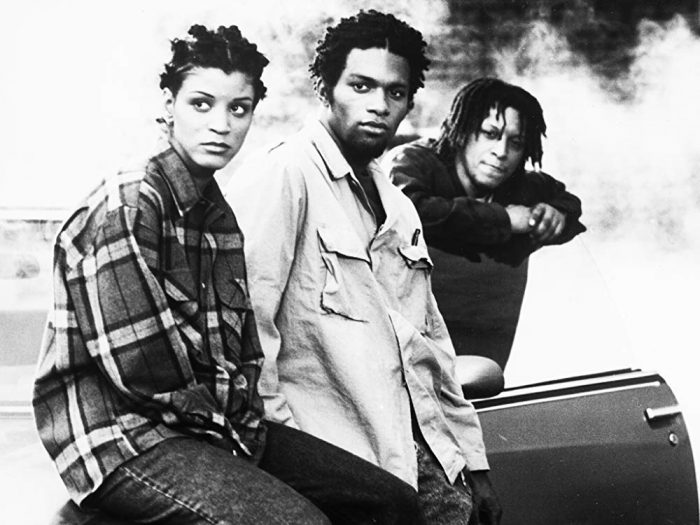 The brainchild of Seattle born Ishmael “Butterfly” Butler, Digable Planets began life as a solo project after the aspiring MC made the cross-country move to Brooklyn. Crossing paths with dancer Mariana “Ladybug Mecca” Vieira and Craig “Doodlebug” Irving (who was already part of a group called Dread Poets Society) at various shows and house parties in NY, Philadelphia, and D.C, the group eventually took shape in 1989, before signing with Pendulum Records in ’92. The group wasted no time in setting to work on songs for their debut album, drawing on material from their previous musical ventures, seeking new musical forms through combination and experimentation.

By ’93 there was already a well established ecosystem of “conscious” hiphop collectives spread across the New York area, lead by the likes of De La Soul, The Native Tongues, A Tribe Called Quest, and The Jungle Brothers. This distinctive branch of rap emphasised a pan-African, socially aware, and proud outlook on African-American life, whilst connecting the dots between numerous pools of black artistry; building on the sense of collective identity cultivated through each form. Digable Planets’ debut single, ‘Rebirth Of Slick (Cool Like Dat)’, slotted neatly into this category. Its tumbling bass line, plucked from an Art Blakey and the Jazz Messengers record and nestled within a plethora of ‘70s funk samples, highlighted the group’s reverence for past musical forms, whilst their laid-back rhyme style suggested the effortless relaxation of a hot Sunday afternoon in front of the stereo.

An uncanny blend of past, present, and future lends Reachin’ it’s uniquely alien quality. Whilst the album’s instrumental backbone draws from the deep well of musical heritage trapped in dusty vinyl collections, the group’s psychedelic approach to lyricism, which sees them frequently blend fantasy with reality, propels their music into outer orbit. Numerous songs, such as the album opener ‘It’s Good To Be Here’, are preoccupied with wide-eyed afro-futurist tales of space travel – as Buttefly raps, “Stopped at Pluto to cop some petrol / Met some Klingons and got our things on / Cruisin’ warp 6 with Mr. Wiggles in the mix / Hendrix passin’ peas, star child get the fix.” Frequently, connections are made across decades and planets, between fact and fiction, underpinning a jumbled, grab-bag aesthetic that rewards stoned perplexity and mental abstraction. 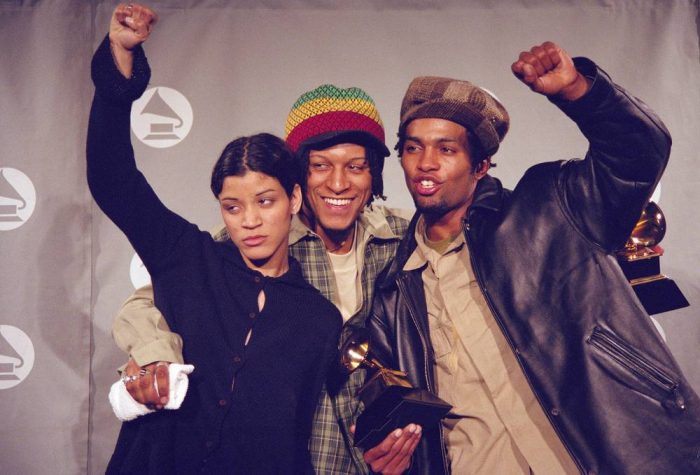 Whilst New York provides an earthbound backdrop, Digable Planets often toy with conventional notions of location-based identity, choosing instead to explore liberal values surrounding heritage, community, and cross-cultural identity — “Where I’m from, Ahmed play with Izzy where I’m from.” The philosophy of Marx, Sartre, and Nietzsche bleeds seamlessly into vivid descriptions of footwear, haircare, and printed shirts, chipping away at the barriers separating intellectual thought from everyday life, expounding a new theory of interconnection. The album’s title, drawn from an essay by the Argentinian theorist Jorge Luis Borges, theorises that time and space are relative only to the individual – that each person could tap into somewhere new and unique.

On Reachin’ the trio achieved a balance between oddball quirkiness and earnest idealism. The pro-choice ‘La Femme Fatal’ approaches a thorny topic with breezy pragmatism and soft spoken storytelling, marking a radical statement for a ‘90s hiphop act – even if it was expressed exclusively through Butterfly’s male perspective. Within an often stiflingly masculine genre, typified by all male collectives such as NWA, Wu Tang Clan and A Tribe Called Quest, Ladybug Mecca’s effortlessly slick lyrical presence creates an equilibrium that challenges the notion of patriarchal exclusivity. Although many of the songs centre around the de facto leader Butterfly, Doodlebug and Ladybug’s presence provide essential colour to his soliloquies – ideas bounce between MCs with the smooth motion of a relay team.

Though its idiosyncratic brand of acid-tinged hiphop was never destined for mainstream domination, Reachin’s artistic achievements are criminally undersung despite the widespread retrospective affection for New York’s ‘90s golden era. When viewed against the gritty work of their contemporaries, the trio’s sunny optimism remains a warm and inviting oddity over 25 years later, and a refreshing re-calibration of a well established format. Far from alienating their audience and their community, Digable Planets were fascinated with the building blocks of everyday life, and everyday people.