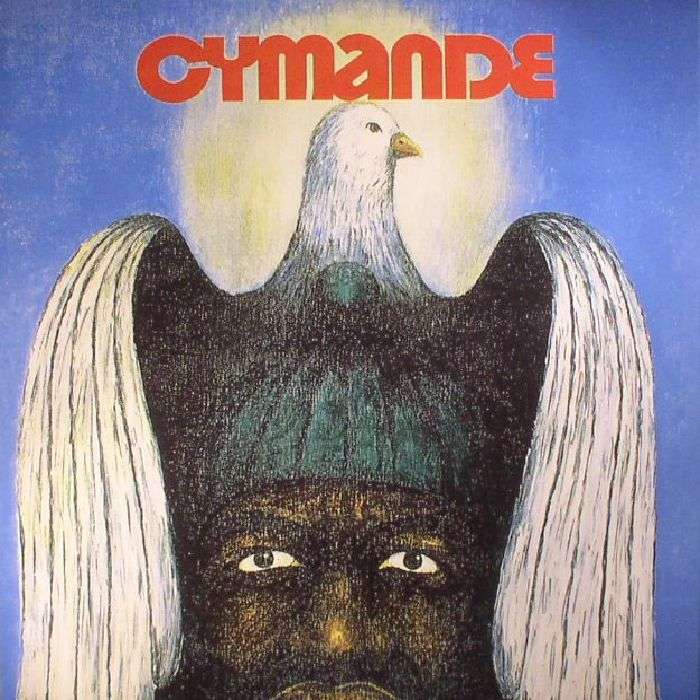 On De La Soul’s ‘Change In Speak’ (taken from their classic debut album Three Feet High & Rising), our ears are drawn in, not just by the neo-psychedelic lyrics of Posdnous, Trugoy, and Maseo, but the idiosyncratic sound of a simple yet funky guitar riff that underpins most of the song. Its summery melodic quality alludes to the irrepressible buoyancy of this trio’s specific branch of hiphop – afrocentric, optimistic, and, in the late ‘80s, deeply unfashionable. Nonetheless, the source of this sample would also come to serve the prevailing pessimism of gangsta and social realist rap. Schisms may have formed within contemporary black artistry, but history remained the same, and, in the golden era of sampling, the past was a level playing field.

Read: The Story of Roy Ayers ‘Everybody Loves the Sunshine’

In 1970s England Cymande were something of a unique proposition from the very start. Formed in Brixton by the Guyanese bassist Steve Scipio and guitarist Patrick Patterson the band welcomed musicians from Caribbean islands such as Jamaica and St. Vincent, and derived their name from a calypso word for Dove – that perennial symbol of peace and compassion. They had the good fortune of being discovered by John Schroeder, a veteran A&R man who overheard the group rehearsing in the basement of the Soho strip club in which he was holding rock band auditions for his new label Alaska Records. A small crowd had already formed by the time Schroeder descended the stairs and realised the commercial potential of what he was hearing. Just weeks later the band would cut four demos, one of which became ‘The Message’, their debut single.

It was an early indication of the hybrid sound for which the band would later earn a cult following, interweaving strands of funk, reggae, soul, calypso, and the bluesy rock which was then still popular in the UK. Their Rastafarian faith added another novel twist to what was already a far more globalised sound than your average 1970s band. Scipio and Patterson had previously played in a Jazz fusion band, learning polyrhythms and unusual time signatures from a Nigerian drummer who was well versed in various African traditions. It was in honour of the Nyahbinghi Mansion that they later classified their unique sound as “Nyah Rock”, and this traditionalism would surface later particularly on songs such as ‘Zion I’ and ‘Rastafarian Folk Song’.

America offered Cymande brief success thanks the already well established network of funk and soul artists who catered for an increasingly adventurous post-civil rights audience who were more interested than ever in the broader diaspora of black music. The release of their self titled debut album in 1972 followed ‘The Message’ and its number 20 peak on the Billboard R&B chart. The band traveled to New York and began a nationwide tour in support of Al Green, playing in a series of iconic and historic venues including a slot on Soul Train and a gig at the Harlem Apollo – in which they were the first British band to perform. Despite this early and promising burst of success Cymande struggled to maintain this level of fame and by the mid ‘70s the group had largely disintegrated.

This could easily have been the end of the story, but thanks to the increasingly reflective and nostalgic nature of society Cymande’s reputation quietly grew throughout the late ‘70s and ‘80s as crate-diggers rediscovered their music. Unsurprisingly records such as the uplifting ‘Bra’ and the brooding ‘Dove’ were excellent raw material for the game-changing block parties of Kool Herc and Grandmaster Flash, who mined their infectious breakbeats and deployed them with intuitive skill on the streets of their respective New York City boroughs. The band’s inherent optimism chimed perfectly with the the urge to get down and party with your neighbours – to seek unity amongst the municipal ruins of a then increasingly desolate metropolis.

Listen: Jazzie B on ‘Revolutionary Soul and Ska’ at Classic Album Sundays and The Royal Albert Hall

The rise of sampling as the dominant means of hiphop production highlighted the multifarious ways in which Cymande’s florid funk could be reinterpreted – the original message subverted and perhaps even stripped away entirely by kids interested purely in the sonic details. Whilst De La Soul indeed sounded like natural descendants, fragments of Cymande appeared on records by Wu Tang Clan (who sampled ‘Dove’ on their 1991 demo ‘Problems), The Fugees (tapping ‘Dove’ again for ‘The Score’), The Coup (using ‘The Message’ to underline the identity politics of ‘I Ain’t the Nigga’) and Gang Starr (sampling ‘Bra’ on the boastful ‘Movin’ On’) – about all of whom it could well be said possessed a far more troubled and pessimistic worldview. The contrast between the quirky and upbeat characteristics of Cymande’s music and the moody disillusionment of this younger generation’s lyrics highlights the gradual disenchantment of the 20th century and particularly its African-American inhabitants. The cognitive dissonance makes the act of listening all the more thrilling and disturbing

The second hand experience of hearing Cymande’s music through these samples has done little to diminish the exciting eccentricities of the songs in their original form. Listening from a modern perspective its alarming just how prescient the band’s disregard for generic monogamy truly was, preceding generations of musicians and listeners who will happily dig through several sections of their local record shop. They may well be sampling’s worst kept secret but there’s still plenty to discover and appreciate on Cymande.

Watch: A Tribute to Trojan Records with Jazzie B & Dennis Alcapone at Classic Album Sundays and Vinyl Me, Please

[ Past ] London Unwrapped: Sounds of a Migrant City