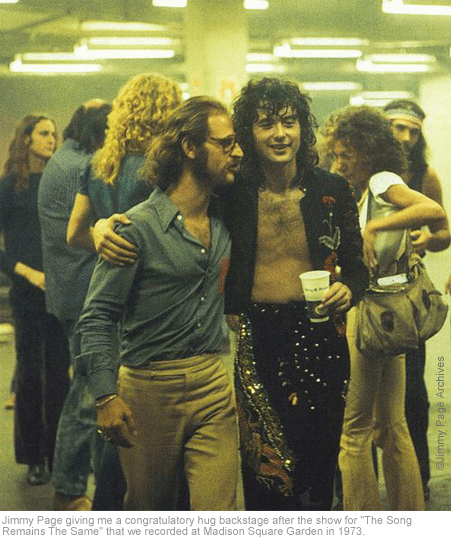 Eddie Kramer started his musical career as a concert pianist but ended up on the opposite side of the spectrum, behind the mixing console working with some of the biggest names in pop and rock such as The Beatles, Traffic, The Rolling Stones, Carly Simon, Johnny Winter and The Small Faces. He helped shape the sound of seventies rock with the three acts with whom he had a long and productive working relationship: Kiss, Led Zeppelin and his buddy Jimi Hendrix. Yep, Eddie Kramer is a legend and here he gives Classic Album Sundays the reasons why these five records are his favourites of all time.

1. The Jimi Hendrix Experience – ‘Are You Experienced’

“This album set the guitar world on fire! Nothing had ever been recorded like it before (or since). Groundbreaking with sounds I helped Jimi to create and the songs remain in our subconscious even today!”

“The next step… a bolder experiment with the sonic landscape making a trip in headphones a must!”

“A journey into the mind of Jimi Hendrix, showing the world that he was capable of producing a double album of wide ranging influences from jazz to blues to rock and beyond, yielding his first top ten single ‘All Along The Watchtower’. If you thought ‘Axis’ had cool stereo info then ‘ELL’ was the one plus ultra of moving imagery!”

“The best hard rock album I was ever involved in and it still sets the standard for rock bands.”

“When Jimmy Miller was asked to produce The Stones he asked me to work with him as we had on Traffic’s ‘Mr. Fantasy’. I believe we came up with the toughest and best sounding Stones album at that time.”

Check out our The Rolling Stones Exile on Main St. posters available via The Flood Gallery here